Ancient Kingdom of Kapisa (500 BC)

"....870 A.D. marks the first time that the Kingdom of Shambhala actually came under Moslem domination.".....The Dharma Fellowship was originally founded by personal request of His Holiness the 16th Karmapa, Rangjung Rigpe Dorje (1923-1981), ....http://www.dharmafellowship.org/biographies/historicalsaints/lord-padmasambhava.htm#eightcentury 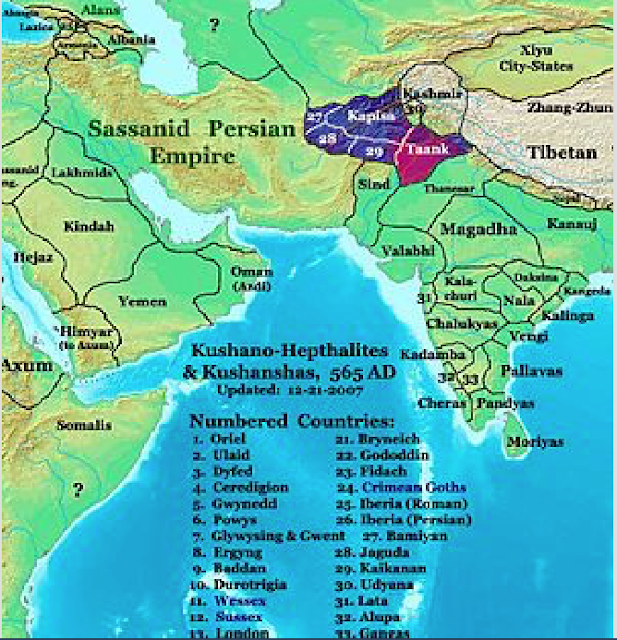 "The earliest references to Kapisa appear in the writings of fifth century BCE Indian scholar Pāṇini. Pāṇini refers to the city of Kapiśi, a city of the Kapisa kingdom, modern Bagram. Pāṇini also refers to Kapiśayana, a famous wine from Kapisa. The city of Kapiśi also appeared as Kaviśiye on Graeco-Indian coins of Apollodotus I and Eucratides.....references to Kapisa appear in the writings of 5th century BCE Indian scholar Achariya Pāṇini.

Kapisa is related to and included Kafiristan. Scholar community holds that Kapisa is equivalent to Sanskrit Kamboja......Kapiśa (= Kapisha), the ancient Sanskrit name of the region that included historic Kafiristan; which is also given as "Ki-pin" (or Ke-pin, Ka-pin, Chi-pin) in old Chinese chronicles. That name, unrelated to the Arabic word, is believed to have, at some point, mutated into the word Kapir. This linguistic phenomenon is not unusual for this region. The name of King Kanishaka, who once ruled over this region, is also found written as "Kanerika", an example of "ś" or "sh" mutating to "r"....A number of legends about Kanishka, a great patron of Buddhism, were preserved in Buddhist religious traditions. Along with the Indian kings Ashoka and Harshavardhana, and the Indo-Greek king Menander I (Milinda), he is considered by Buddhists to have been one of the greatest Buddhist kings. 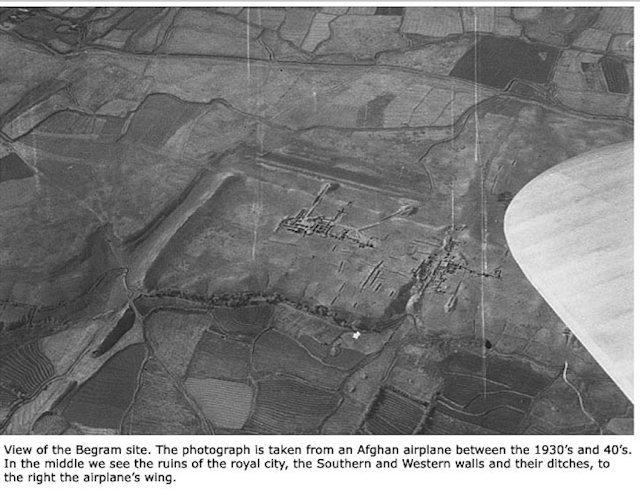 "Begram is the name of a village and a place in the Kapisa plain, about 50 km north of Kabul. It is also the name of a site that, just before World War II, delivered a fabulous treasure of art objects that became known worldwide. The treasure was composed of several hundred Greek and Roman objects originating from Alexandria, Egypt, hundreds of ivory objects originating from India, and several dozen Chinese lacquers. This treasure underlines the welcoming nature of ancient Afghanistan and the important role and power of the Kushan sovereigns who controlled the trade routes between the Near and Middle East, China, and India. It is also during this period that Buddhism flourished and was tolerated as one of the empire’s religions. As a result, the trade route also became a way through which pilgrims could travel safely in complete Kushan peace, which I have termed “Pax Kushana.”.... the royal city of Begram and the neighboring Buddhist monasteries such as Shotorak, Qol-e Nader, Koh- e Pahlawan, and, further away, Paitawa. However, we must keep in mind the excavations by Jules Barthoux, who unearthed the Buddhist site of Qaratcha, situated very close to the royal city of Begram. .....Other archaeological activity to consider is that of Roman Ghirshman, which took place during World War II. He proceeded with a stratigraphic excavation and unearthed three occupation periods of the capital, that used to serve as summer capital to the Kushan kings. According to Roman Ghirshman: Begram I corresponds to the period of the Indo-Greek domination, Begram II corresponds to the Kushan kings, and Begram III corresponds to the Kushano-Sassanid period and later the Hephtalites and Turcs who stayed until the Muslim invasion. In 1946, under the direction of Daniel Schlumberger, new DAFA director, Jacques Meunié undertook several excavations near the royal city’s door. Since then no other official missions have been undertaken on the site. However, recent studies conducted by Paul Bernard and myself attempt to prove that the Begram site should be identified as Alexandria under Caucasus." .....http://www.cemml.colostate.edu/cultural/09476/afgh08-01enl.html

In 642 A.D., a " King Ta-mo-yin-t'o-ho-szu" 3 of Uddiyana is said to have sent a gift of camphor and an embassy to the Emperor of China. This is the year that the Arabs succeeded in defeating the King of Kings, Yazdagird 111, of Persia. The latter, fleeing eastward, met his death near Merv in 651. With the death of Yazdagird, last of the Sassanid dynasty, the southern bedouin hordes of Islam for the first time marched onto the soil of Iran and began their great, rapacious advance eastward. The kings of the Orient had cause to fear the coming of the Arabs. These southerners were savagely barbarian; a patchwork of desert tribes woven together by the threads of a fanatical monotheism and a religion which encouraged them to slay with the sword those whom they could not convert to their personal dominion. " Fight those who do not believe in Allah and the Last Day," says the Koran (Sura 9:29), " ...until they pay you tribute out of hand, having brought them low.".....http://www.dharmafellowship.org/biographies/historicalsaints/lord-padmasambhava.htm#eightcentury

"The inexorable expansion of the Arabs spread along two fronts: the first moved through Nishapur to Herat, Merv and Balkh, reducing the northern provinces of Persia; the second passed south by way of Sistan (Sijistan) to the Helmand. In 650 Abdallah ibn Amr began the yet further push forwards across the desert of the Dasht-i-Lut. He was followed over the years by succeeding Moslem armies which, through continuous raids, massacres and looting, systematically transformed the wondrous flower-garden of Persian civilization and Mazdean or Buddhist culture into a scorched wasteland. Today all these lands lie under the yoke of Arabic culture."......http://www.dharmafellowship.org/biographies/historicalsaints/lord-padmasambhava.htm#eightcentury

"Moreover, although Mahayana had made advances into Afghanistan from Kashmir and Punjabi Gandhara during the fifth and sixth centuries, Xuanzang noted its presence only in Kapisha and in the Hindu Kush regions west of Nagarahara. Sarvasti­vada remained the predominant Buddhist tradition of Nagara­hara and northern Bactria."