"Saka clans settled along the middle course of what is the Durand line (border between Afghanistan and Pakistan)....around 625 BC-Immediately after the end of the Saka Interregnum in Persia that is said to have lasted from 653-625 BC. "

"By the time of the Buddha (about 563 BC - 483 BC) .... the Śākya nation had been subsumed into the Kingdom of Kosala under King Pasenadi......Pasenadi (Sanskrit: Prasenajit) (c. 6th century BC) was a Aikṣvāka dynasty (a dynasty founded by King Ikṣvāku) ruler of Kosala. He succeeded his father Sanjaya Mahākosala. He was a prominent Upāsaka (lay follower) of Gautama Buddha " 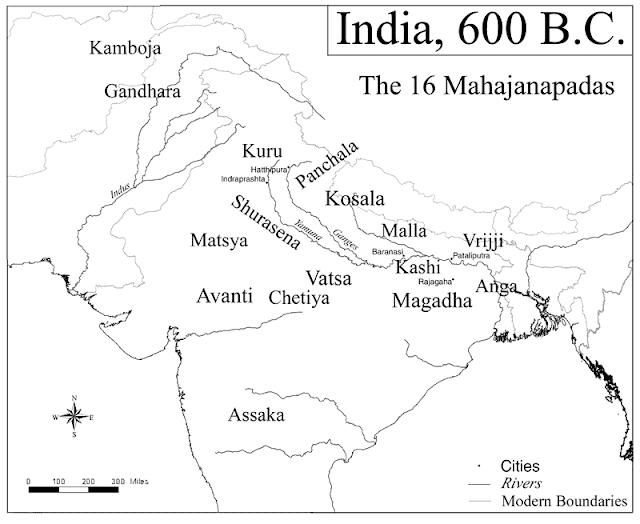 "Kosala (Sanskrit: कोसल) was an ancient region of Northwest India.......according to the Buddhist text Anguttara Nikaya and the Jaina text, the Bhagavati Sutra. Originally mentioned in the Ramayana as a Janapada state dating from approximately 1000 BC, Kosala was one of the Solasa (sixteen) Mahajanapadas (powerful realms) in 7th century BCE and its cultural and political strength earned it the status of great power. However, it was later weakened by a series of wars with the neighbouring kingdom of Magadha and, in the 4th century BCE, was finally absorbed by it. The Kosala region had three major cities, Ayodhya, Saket and Shravasti and a number of minor towns as Setavya, Ukattha, Dandakappa, Nalakapana and Pankadha. According to the Puranas, Ayodhya was the capital of Kosala during the reign of Ikshvaku and his descendants. Shravasti was the capital of Kosala between 6th century BCE and 6th century CE......

"Historical Buddha....lived about 563 BC - 483 BC.....Born in Lumbini or Kapilavastu (today in Nepal), Died (aged 80) at Kushinagar (today in Uttar Pradesh, India)......Buddha was born in a royal Kshatriya family to King Śuddhodana, the leader of Shakya clan, whose capital was Kapilavastu, and who were later annexed by the growing Kingdom of Kosala during the Buddha's lifetime...." 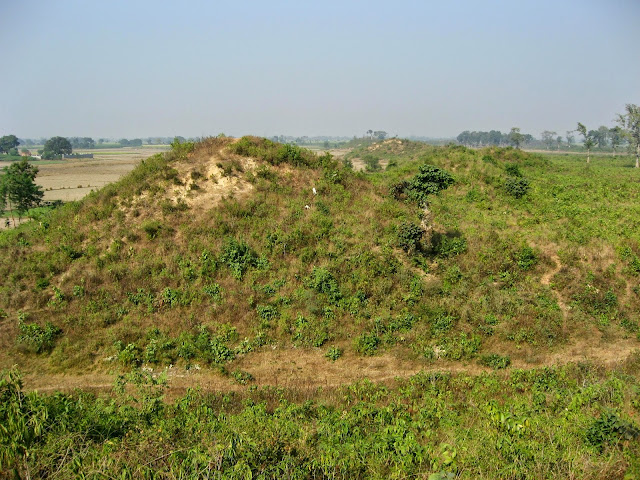 The ruins of the city walls of Shravasti, the capital of the Kosala kingdom ... Kosala was one of the Solasa (sixteen) Mahajanapadas (powerful realms) in 6th century BC

"Sravasti in the Buddha's time......Savatthi was located on the banks of the river Aciravati (now called the Rapti river). It was the capital city of the kingdom of Kosala, and its king was called Pasenadi, who was a disciple of Buddha. It is a beautiful city with vast amounts of agriculture and diversity. Buddhaghosa says that, in the Buddha's day, there were fifty-seven thousand families in Savatthi, and that it was the chief city in the country of Kasi Kosala ..... The Buddha passed the greater part of his monastic life in Savatthi."

"The Kingdom of Koshala in the Shakhya clan...Kosala (Sanskrit: कोसल) was an ancient region..... According to the Buddhist text Anguttara Nikaya and the Jaina text, the Bhagavati Sutra, ... Kosala was one of the Solasa (sixteen) Mahajanapadas (powerful realms) in 6th century BCE and its cultural and political strength earned it the status of great power. ...Shravasti was the capital of Kosala between 6th century BCE and 6th century CE......A Buddhist text, the Majjhima Nikaya mentions Buddha as a Kosalan...."

"Shakya kshatriyas were considering themselves as the purest breed of kshatriya. To protect their purity, they were doing same Gotriya (Sagotriya) marriage which is prohibited in Hinduism. This sentiment lead to mass scale massacre by king of Kosala after one incident....Prasenjit (Pasenadi) was suryavanshi kshatriya king of Kosala with its capital at Shravasti. He was prominent follower of Gautam Buddha and built many Buddhist monasteries. After defeating Shakya republic, he asked for one Shakyan girl whom he will marry and make patrani (main queen). He also promised that the son born out of her would be the next king of Kosala.....Shakyas who were proud of the superiority of their blood took meeting in Santhagara at Kapilvastu. Santhagara decided that they would not give their girl even though she will be made patrani of Kosala. Then they decided that they would give the daughter of Nagmunda who was slave of Mahanaam Shakya, Uncle of Gautam Buddha. The slave girl, named Vasavkhattiya, was then given to king Prasenjit as Shakya girl. King married to Vasavkhattiya and gave birth to a boy who later became the Prince of Kosala. The name of prince was Virudhaka (Pali: Vidudabha).".....http://shakya.kshatriya.tripod.com/sainthwar/ 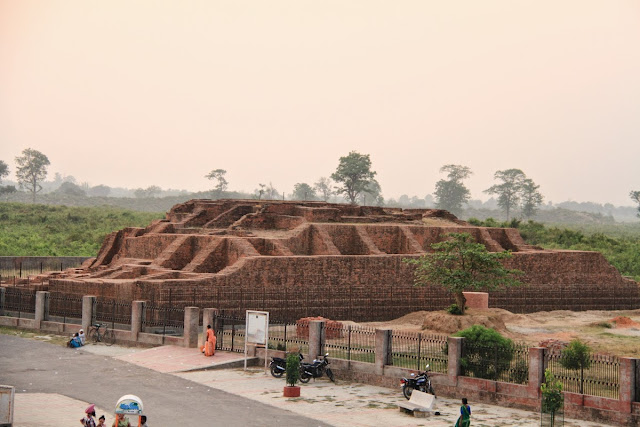 Saheth-Maheth, was the site of Shravasti, an ancient Buddhist monastic estate.......Maheth is another important cluster of shrines in Sravasti. Though not as famous as Saheth, Maheth also has a cluster of shrines that are very popular among the tourists visiting Sravasti. In fact, Maheth was the actual site of the erstwhile Sravasti city. ....Spread across the area of near about 400 acres, Maheth was the site of numerous shrines and Stupas. In fact, Maheth has been identified with the remains of the city proper. Nevertheless, the site for long had remained abandoned and ignored. It was only in the early decades of 20th century when the excavation works were initiated that the site raised to prominence. Further excavation works have exposed the massive gates of the city, ramparts and also the ruins of other structures that testify to the prosperity of ancient Sravasti. ......Maheth is also the site for the ancient Sobhanath Temple. The temple has various replicas in India, Nepal and other Buddhist countries of the Indo-China region. The place also bears the onslaught of Gupta rulers during the era of the resurgence of Hinduism. It has been agreed upon that Pakki Kuti and Kacchi Kuti were probably Buddhist shrines before they were converted into Brahminical temples.