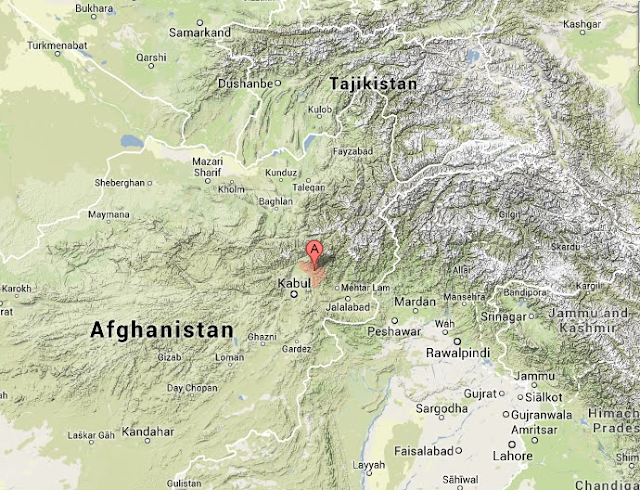 Hiuen Tsang…"made the trip westward to Balkh (modern day Afghanistan), to see the Buddhist sites and relics, especially the Nava Vihara, or Nawbahar, which he described as the westernmost monastic institution in the world. Here Xuanzang also found over 3,000 non-Mahayana monks, including Prajnakara (般若羯羅 or 慧性), a monk with whom Xuanzang studied early Buddhist scriptures. He acquired the important Mahāvibhāṣa (大毗婆沙論) text here, which he later translated into Chinese. Prajnakara then accompanied the party southward to Bamyan, where Xuanzang met the king and saw tens of non-Mahayana monasteries, in addition to the two large Bamyan Buddhas carved out of the rockface. The party then resumed their travel eastward, crossing the Shibar Pass and descending to the regional capital of Kapisi (about 60 km north of modern Kabul), which sported over 100 monasteries and 6,000 monks, mostly Mahayana. This was part of the fabled old land of Gandhara. Xuanzang took part in a religious debate here, and demonstrated his knowledge of many Buddhist schools. Here he also met the first Jains and Hindus of his journey. He pushed on to Adinapur (later named Jalalabad) and Laghman, where he considered himself to have reached India. The year was 630."

"Warrior Caste - Kshatriyas…..The Sanskrit term Kshatriya belonged to the Vedic society wherein members organized themselves into 3 classes: Brahmin, Kshatriya, and Vaishya. Traditionally, Kshatriya constitute the ruling and military elite…..The The Buddhist religion was founded by a Kshatriya - Prince Siddhartha later known as Gautama Buddha. In spite of his royal (and military) background, the Buddha, preached the message of peace and non-violence and preached against observing caste distinctions.

Lampaka……Laghman Province…..one of the 34 provinces of Afghanistan, located in the eastern part of the country. It has a population of about 631,600,[1] which is multi-ethnic and mostly a rural society. The city of Mihtarlam serves as the capital of the province. In some historical texts the name is written as Lamghan or as Lamghanat…..During the invasions of Alexander the Great, the area was known as Lampaka.

Nagarahara….Jalalabad, Nagarahara,Afghanistan….Buddha's Sanghati Kasaya (Robe)…Faxian mentions this , and notes that it was a custom in the country that at the time of a drought , to bring out the robe……Kuwayama, Shoshin. "The Hephthalites in Tokharistan and Northwest India". In Liu, Xinru. India and Central Asia……Charar Bagh ,Jalalabad, Nagarahara,Afghanistan….Shadow of the Buddha Xuanzung visited this in 630 ce and prayed and viewed the shadow…..

Gandhāra (Pashto: ګندارا‎, Urdu: گندھارا‎, Sanskrit: गन्धार) was an ancient kingdom in the Swat and Kabul river valleys and the Pothohar Plateau, in modern-day northern Pakistan and eastern Afghanistan.Its main cities were Purushapura (modern Peshawar), literally meaning "city of men", and Takshashila (modern Taxila)….The Kingdom of Gandhara lasted from the Vedic period (c. 1500-500 BC) to the 11th century AD. As a center of Buddhist culture, it attained its height from the 1st century to the 5th century under the Kushan Kings.

Bannu….a city in Khyber-Pakhtunkhwa, Pakistan….Bannu has a long history…ruins of an ancient settlement which was occupied from the late fifth until the early third millennium BC ….contemporaneous with several other important early village sites in Afghanistan and western Pakistan, including Mehrgarh….Bannu was noted by the Sanskrit grammarian Pāṇini as the historical country of Varnu. The Chinese pilgrim Hsüan-tsang visited Bannu and Jaguda, Ghazni, while crossing the lands of O-po-kien (Afghans i.e. Pashtuns)…..According to Avestan Vendidad, Varəna is one the 16 perfect lands created by Ahura Mazda and it is also associated with Bannu."

"On the identification of Nagarahara,: With reference to the travels of Hiouen-Thsang"….by William Simpson 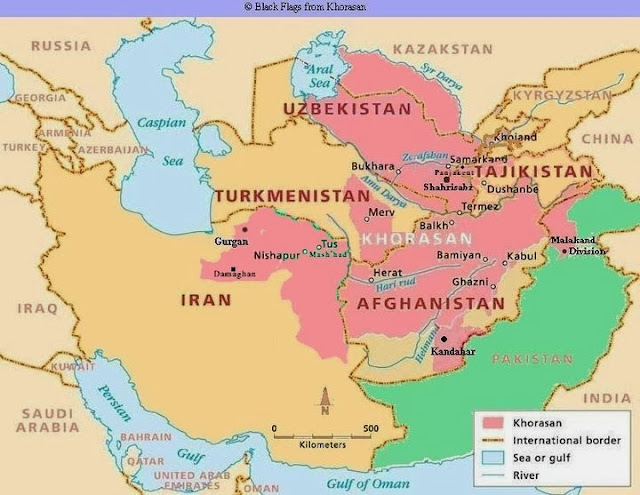 "Begram and Mathura : Summer and winter capitals respectively of the Kushan Empire….According to the account of Hsüan-tsang, the city was the summer capital of the Kushan empire under Kanishka (cf. S. Beal, Buddhist Records of the Western World I, London, 1884, pp. 54-58)

"The site was first excavated by J. Hackin between 1936 and 1940 (Recherches archéologiques à Begram, MDAFA 9, 1939; idem et al., Nouvelles recherches archéologiques à Begram, MDAFA 11, 1954). His investigations took place in two distinct areas, one a “new royal city,” which is Begrām proper, and the other an “old royal city,” in what is now Borj-e ʿAbd-Allāh

Paropamisadae Region…..Paropamisadae (Greek: Παροπαμισάδαι) or Paropamisus (Greek: Παροπαμισσός) was the ancient Greek name for a region of the Hindu-Kush (Caucasus Indicus) in eastern Afghanistan, centered on the cities of Kabul and Kapisa (modern Bagram)…..In the ancient Buddhist texts, the Mahajanapada kingdom of Kamboja compassed the territories of Paropamisus and extended to the southwest of Kashmir as far as Rajauri. The region came under Achaemenid Persian control in the late 6th century BC, either during the reign of Cyrus the Great or Darius I….In the 320s BC, Alexander the Great conquered the entire Persian Empire, beginning the Hellenistic period. The Greek name Παροπαμισάδαι or Παροπαμισσός was used extensively in Greek literature to describe the conquests of Alexander and those of the Greco-Bactrian and Indo-Greek kings, from the 3rd to the 1st centuries BCE. (The name possibly comes from an Avestan expression for "higher than an eagle can fly")." 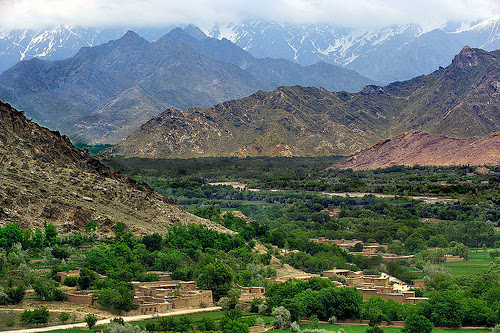 "The Panjshir Valley (also spelled Panjsheer or Panjsher; Persian: درهٔ پنجشير‎ - Dare-ye Panjšēr; literally Valley of the Five Lions) is a valley in north-central Afghanistan, 150 km north of Kabul, near the Hindu Kush mountain range….Banj Hir (Panjshir)...Kapisa (Persian/Pashto: کاپيسا) is one of the 34 provinces of Afghanistan. ….

"Kapisa is related to and included Kafiristan. Scholar community holds that Kapisa is equivalent to Sanskrit Kamboja….In other words, Kamboja and Kapisa are believed to be two attempts to render the same foreign word (which could not appropriately be transliterated into Sanskrit). Dr S Levi further holds that old Persian Ka(m)bujiya or Kau(n)bojiya, Sanskrit Kamboja as well as Kapisa, all etymologically refer to the same foreign word…..Even the evidence from 3rd-century Buddhist tantra text Mahamayuri (which uses Kabusha for Kapisha) and the Ramayana-manjri by Sanskrit Acharya, Kshemendra of Kashmir (11th century AD), which specifically equates Kapisa with Kamboja, thus substituting the former with the latter, therefore, sufficiently attest that Kapisa and Kamboja are equivalent….Kapiśi is believed to have been the capital of ancient Kamboja. Kapisa (Ki-pin, Ke-pin, Ka-pin, Chi-pin of the Chinese records), in fact, refers to the Kamboja kingdom, located on the south-eastern side of the Hindukush in the Paropamisadae region. It was anciently inhabited by the Aśvakayana (Greek: Assakenoi), and the Aśvayana (Greek Aspasio) (q.v.) sub-tribes of the Kambojas. Epic Mahabharata refers to two Kamboja settlements: one called Kamboja, adjacent to the Daradas (of Gilgit), extending from Kafiristan to south-east Kashmir including Rajauri/Poonch districts, while the original Kamboja, known as Parama Kamboja was located north of Hindukush in Transoxiana territory mainly in Badakshan and Pamirs/Allai valley, as neighbors to the Rishikas in the Scythian land. Even Ptolemy refers to two Kamboja territories/and or ethnics - viz.: (1) Tambyzoi, located north of Hindukush on Oxus in Bactria/Badakshan and (2) Ambautai located on southern side of Hindukush in Paropamisadae. Even the Komoi clan of Ptolemy, inhabiting towards Sogdiana mountainous regions, north of Bactria, is believed by scholars to represent the Kamboja people. Front ranking scholars like Dr S. Levi, Dr Michael Witzel and numerous others accept the identity of Tambyzoi and Ambautai with Sanskrit Kamboja. Obviously, the Ptolemian Ambautai formed parts of the Kapisa kingdom under sway of Aśvakayana/Aśvayana (Aśvaka) Kambojas. It appears probable that the original home of the Kambojas was trans-Oxian Kamboja, from where, some tribal sections moved south-wards and planted colonies in Paropamisan on southern side of Hindukush. With passage of time, the Paropamisan settlements came to be addressed as Kamboja proper, whereas the original Kamboja settlement lying north of Hindukush, in Transoxiana, became known as 'Parama-Kamboja' i.e. furthest Kamboja. Some scholars call Parama Kamboja as 'Uttara-Kamboja' i.e. northern Kamboja or Distant Kamboja. The Kapisa-Kamboja equivalence as suggested by scholars like Dr Levi applies to the Paropamisan Kamboja settlement."….http://en.wikipedia.org/wiki/Etymology_of_Kapisa

The earliest references to Kapisa appear in the writings of fifth century BCE Indian scholar Pāṇini. Pāṇini refers to the city of Kapiśi, a city of the Kapisa kingdom, modern Bagram……According to the scholar Pliny, the city of Kapiśi (also referred to as Kaphusa by Pliny's copyist Solinus and Kapisene by other classical chroniclers) was destroyed in the sixth century BCE by the Achaemenid emperor Cyrus (Kurush) (559-530 BC). 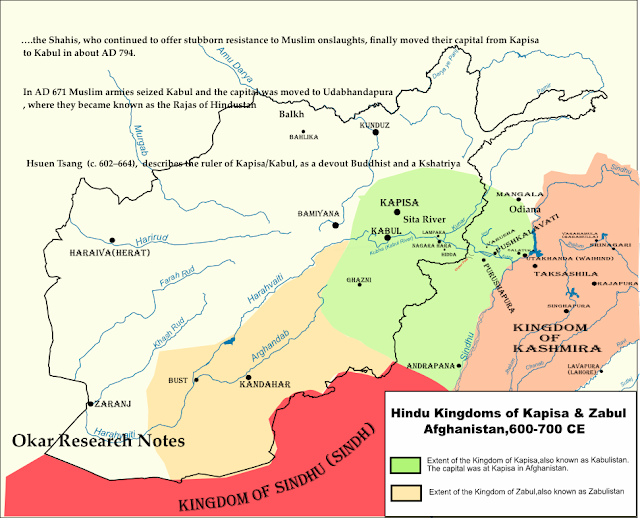