"Peshotanu (Avestan Pəšōtanū, Middle Persian Peshyotan, Peshotan) is an eschatological figure of the 9th–12th-century texts of Zoroastrian tradition, one of the Zoroastrian immortals and an assistant of the Saoshyant, the "future benefactor" who brings about the final renovation of the world……The principal source of information on the figure is the apocalyptic Zand-i Wahman yasn (also incorrectly known as the Zand-i Vohuman Yasht or Bahman Yasht)……As described in the second half of the Zand-i Wahman yasn, Peshotan will serve as "protector of the religion", and at the end of the "eleventh millennium" will bring about a revival of the faith."…..http://en.wikipedia.org/wiki/Peshotanu

"….eight hundred years after Kulika Pundarika, a Moslem invasion weakened the kingdom, this being in 624 A.D. Nevertheless, the lineage of Kulika Kings continued such that the Indian master Chilupa from Orissa travelled to Shambhala and become an expert in the tantra and in Kulika Pundarika’s Great Commentary. He returned to India in 966 A.D., and disseminated the teaching, bringing it to prominence there. "…..http://www.namgyalmonastery.org/the-kalachakra-tantra/history-of-kalachakra/

"One passage of the Kālachakra (Śri Kālachakra I. 161) reads, "The Chakravartin shall come out at the end of the age, from the city the gods fashioned on Mount Kailasa. He shall smite the barbarians in battle with his own four-division army, on the entire surface of the earth."……http://en.wikipedia.org/wiki/Kalachakra#Prophesies_on_Holy_War

"BAHMAN son of ESFANDĪĀR, a Kayanian king of Iran in the national epic. This king does not appear in the Avesta but is mentioned as one of the Kayanian kings in the Dēnkard (ed. Sanjana, VII, p. 6.4), Bundahišn (36.9), and Bahman yašt (3.20-29). Various Pahlavi, Arabic, and Persian sources give his name in forms such as Wahman (Bundahišn), Bahman"…..http://www.iranicaonline.org/articles/bahman-son-of-esfandiar 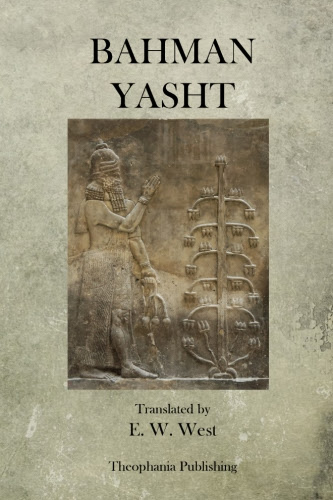 "The Bahman yašt is the most important apocalyptic work in Zoroastrian literature…Chapters 4 and 5 tell how calamities which will befall Iran at the end of the tenth millennium when enemy nations—Arabs, Byzantines, Turks, Chionites, Hephthalites(?), Tibetans, Chinese (see H. W. Bailey, “Iranian Studies,” BSOS 6, 1932, pp. 945-53), and others, will push almost as far as Padašxwārgar and conquer Iran, causing decay of religion, breakdown of social order, debasement of law and morality, and degeneration of nature...http://www.iranicaonline.org/articles/bahman-yast-middle-persian-apocalyptical-text

"…. the apocalyptic Zand-i Wahman yasn (also incorrectly known as the Zand-i Vohuman Yasht or Bahman Yasht), which – despite its name – is neither a portion of the Yasna nor an Avestan language Yasht, but a Middle Persian translation and commentary on a now lost Avestan text…..According to Denkard's summary of the Sugdar Nask 15.12-15 (the Sugdar Nask text has been lost and is only preserved as a summary), Peshotanu is one of seven "immortal rulers", residing in "Khandez" (location unknown). This section of the Sudgar Nask serves as the introduction of the Zand-i Wahman yasn, which goes on to foretell various events, including several that had already occurred by the time the translations were made…..As described in the second half of the Zand-i Wahman yasn, Peshotan will serve as "protector of the religion", and at the end of the "eleventh millennium" will bring about a revival of the faith. Peshotanu will live forever because he has gained immortality through his devotion to God……Until the revival – which will come when the daevas will have exceeded their term of rule by 1,000 years – Peshotanu will live in a fortress in Khandez with 150 of his disciples. Then, Peshotanu will come down to battle the armies of the demons and restore Iran and its religion. In the fight, Mihr (Avestan: Mithra) will intervene on Peshotanu's behalf, and together they will drive the demon Kheshm (Avestan: Aeshma) and his forces back into the underworld."….http://en.wikipedia.org/wiki/Peshotanu

"The Kayanian, also Kays or Kayanids or Kaianids or kiani, are a dynasty of Greater Iranian tradition and folklore. Considered collectively, the Kayanian kings are the heroes of the Avesta, the sacred texts of Zoroastrianism, and of the Shahnameh, Iran's national epic. As an epithet of kings and the reason why the dynasty is so called, Middle- and New Persian "Kay(an)" is a continuation of Avestan kavi (or kauui) "king" and also "poet-sacrificer" or "poet-priest." The word is also etymologically related to the Avestan notion of kavaēm kharēno, the "divine royal glory" that the Kayanian kings were said to hold. The Kiani Crown is a physical manifestation of that belief…..http://en.wikipedia.org/wiki/Kayanians 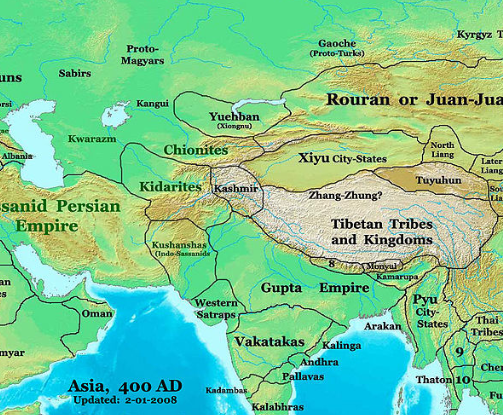 "BAHMAN YAŠT, Middle Persian apocalyptical text preserved in a Middle Persian version in Pahlavi script, a Pāzand (i.e., Middle Persian in Avestan script) transliteration containing supplementary material, and a garbled New Persian translation made in 1496 …. In chapter 3.1 of the Pahlavi text, the source of the work is named as Zand ī Wahman yasn ….http://www.iranicaonline.org/articles/bahman-yast-middle-persian-apocalyptical-text

"The Yashts are a collection of twenty-one hymns in Younger Avestan. Each of these hymns invokes a specific Zoroastrian divinity or concept. Yasht chapter and verse pointers are traditionally abbreviated as Yt. The word yasht derives from Avestan yešti, "for venerate", and several hymns of the Yasna liturgy that "venerate by praise" are—in tradition—also nominally called yashts. These "hidden" Yashts are: the Barsom Yasht (Yasna 2), another Hom Yasht in Yasna 9-11, the Bhagan Yasht of Yasna 19-21, a hymn to Ashi in Yasna 52, another Sarosh Yasht in Yasna 57, the praise of the (hypostasis of) "prayer" in Yasna 58, and a hymn to the Ahurani in Yasna 68. Since these are a part of the primary litury, they do not count among the twenty-one hymns of the Yasht collection."….http://en.wikipedia.org/wiki/Yasht

"Contents of the Middle Persian version. Chapter 1, modeled on the Stūdgar (sic, i.e. Sūdgar) nask, recounts Ohrmazd’s revelation to Zarathustra and describes a tree with four branches, of gold, silver, steel, and “mixed” iron, symbolizing four periods to come after the millennium of Zarathustra…..http://www.iranicaonline.org/articles/bahman-yast-middle-persian-apocalyptical-text

"Chapters 4 and 5 tell how calamities which will befall Iran at the end of the tenth millennium when enemy nations—Arabs, Byzantines, Turks, Chionites, Hephthalites(?), Tibetans, Chinese (see H. W. Bailey, “Iranian Studies,” BSOS 6, 1932, pp. 945-53), and others, will push almost as far as Padašxwārgar and conquer Iran, causing decay of religion, breakdown of social order, debasement of law and morality, and degeneration of nature…....http://www.iranicaonline.org/articles/bahman-yast-middle-persian-apocalyptical-text

"Chapter 6 is another account of events at the end of the millennium of Zarathustra: domination by Roman Christians, Turks, and Arabs, escape of Iranian fugitives to Padašxwārgar.

"Chapters 7 and 8 describe events of the eleventh millennium, that of Ušēdar. Before and during this time, the warrior Wahrām Warzāwand and Wištāsp’s immortal son, Pišyōtan the Priest, combine to overcome the hostile armies and restore Iran and its religion. Finally the god Mihr (Mithra) intervenes on Pišyōtan’s side in the struggle against the demons, who have exceeded their term of rule by 1,000 years, and defeats the demon Xešm, whereupon he and his followers flee back to hell.

"Chapter 9 begins with a statement that Ušēdar will appear in the year 1800 (variant reading: 1600; after the start of the millennium of Zarathustra?) and Pišyōtan at the end of the millennium. This is followed by a sketch of conditions in the millennium of Ušēdarmāh, an account of the unloosing of Ažī Dahāk (see aždahā) and the great harm done to the world by this monster before his death at the hands of Karšāsp, and finally a portrayal of the final deliverance by Sōšyāns

AYĀDGĀR Ī JĀMĀSPĪG “Memorial of Jāmāsp,” a short but important Zoroastrian work in Middle Persian, also known as the Jāmāspī and Jāmāsp-nāma. Fragments from a damaged manuscript survive in Pahlavi script, but the complete text exists only in Pāzand (i.e., Middle Persian written in Avestan script)…..http://www.iranicaonline.org

"……when the fifth millennium of Ušēdar begins, Ušēdar, the son of Zoroaster, will appear according to the religion and the true messenger will come……Two messianic figures will appear who are thought of as both forerunners and co -helpers of the first future savior, Ušēdar…… the first of the Saošyants, named Uxšyaṱ.ərəta “He who makes righteousness grow,” Pahlavi Ušēdar or Hušēdar…..Chapter 16, which is preserved in Pahlavi, consists of prophecy about the end of Zoroaster's millennium, with the coming of Pišyōtan and Ušēdar ….. events of the eleventh millennium, that of Ušēdar. Before and during this time, the warrior Wahrām Warzāwand and Wištāsp's…..

"ESFANDĪĀR …..son of Goštāsp, Kayanian prince of Iranian legendary history and hero of Zoroastrian holy wars….The most important of Esfandīār’s brothers is the noble and saintly Pašōtan (q.v.; Av. Pəšōtanū), one of the Zoroastrian immortals and a helper of the future savior (saōšyant). In the Šāh-nāma (V, index) he is Esfandīār’s counselor and supporter, as well as commander of his army, accompanying him on the expeditions against both Arjāsp and Rostam; his voice is one of reason, piety, and justice. "…..http://www.iranicaonline.org/articles/esfandiar-1-son-gostasp

"Questions to the 14th Dalai Lama on the topic of the Kalachakra-Tantra…..'Over the last 25 years thousands of people worldwide have been initiated into the highest levels of Buddhism by the 14th Dalai Lama. Fundamental to this initiation is a holy text (tantra), namely the Kalachakra-Tantra, part of which is the Shambhala Myth…..Kalachakra is Sanskrit and means “wheel of time”. In recent times the Kalachakra-Tantra has been increasingly critically scrutinised. In our western debate-oriented society it stands to reason that the Dalai Lama himself answers some of these critical questions in order to ensure that any misinterpretations are corrected. ….Why does the Kalachakra-Tantra which supposedly is a “ritual for world peace” prophesy and glorify a “holy war” (Shambhala war) by Buddhists against non-Buddhists?"…..http://www.sunniforum.com/forum/showthread.php?47362-Buddhism-s-War-on-Islam