"The Nuristani people are an Indo-European Indo-Iranian-speaking ethnic group native to the Nuristan region of eastern Afghanistan. The Nuristanis are a people whose ancestors practised what was apparently an ancient Indo-Iranian polytheistic Vedic religion until they were conquered and converted to Islam in the late 19th century.".....http://en.wikipedia.org/wiki/Nuristani_people 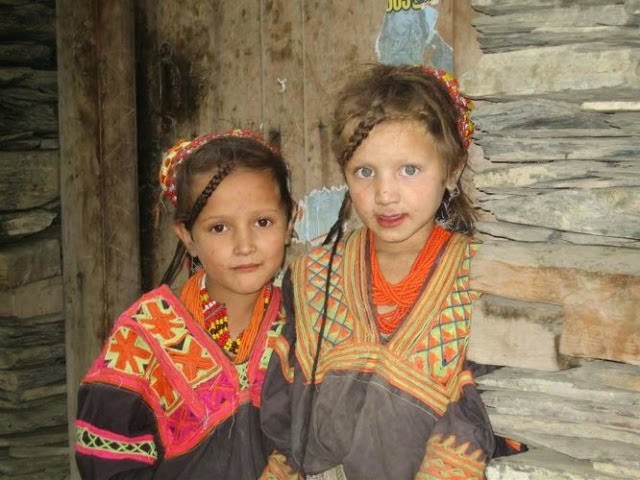 "Nuristanis are first mentioned in the Rigveda, the collection of ancient Vedic Sanskrit hymns sacred to Hindus. In the Rigveda, they appear as Alinas, and fought on the side of the sage Vishvamitra in the Battle of the Ten Kings......Specifically, the Rigveda describes the victory of the Bharatas over Vishvamitra's Puru regiment and its Nuristani, Pashtun, Balochi, Kashmiri, and Bhrigus allies......In 4th century BC, Alexander the Great encountered them and reduced them after a stubborn and prolonged fight, describing them as being distinct culturally and religiously from other peoples of the region".....http://en.wikipedia.org/wiki/Nuristani_people

""Kafir" has also been traced to Kapiś (= Kapish), the ancient Sanskrit name of the region that included historic Kafiristan; which is also given as "Ki-pin" (or Ke-pin, Ka-pin, Chi-pin) in old Chinese chronicles. That name, unrelated to the Arabic word, is believed to have mutated at some point into the word Kapir. Kapiś, the name of the people of Kapiś/Kapiśa, is believed to have changed to Kapir and then Kafir, because of the lack of 'p' in Arabic. This is similar to how Parsi changed to Farsi......The Arabic word "Kufr" means not only to disbelieve, but also to blaspheme, and therefore, its derivative "Kafir" means one who commits blasphemy against Allah in the Islamic tradition.".....http://en.wikipedia.org/wiki/Nuristani_people

"The Nuristani people's closest relation is to the Kalash people.....Nuristanis were depicted as their pre-Islamic past the Kafiristanis, as one of peoples inhabiting Kafiristan in Rudyard Kipling's book called The Man Who Would Be King.....Until the 1890s, the region was known as Kafiristan (Persian for "Land of the non-believers") because of its inhabitants: the Nuristani, an ethnically distinctive people (numbering about 60,000) who practiced animism, polytheism and shamanism.....Nuristan, meaning Land of the Enlightened.".... 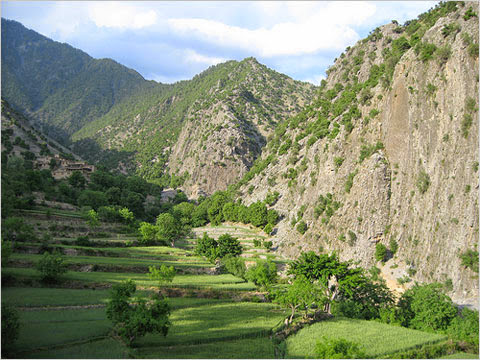 "Renowned as an area of astonishing beauty that shares its eastern border with Pakistan, Nuristan spills down the craggy southern heights of the Hindu Kush mountains into valleys holding the watersheds of four major rivers. A fairly consistent climate provides sufficient rainfall to sustain lush forestland – in stark contrast to the barrenness of other parts of Afghanistan – and to irrigate crops directly or through a network of canals. Wheat and corn is grown in terraced plots because arable land is sparse. It is the women's task to perform agricultural chores, often using primitive tools for cultivation. Pastureland for goats and cattle, tended by the men, is more plentiful......Physically, the people favor Europeans; blond or red hair and blue or green eyes are seen more frequently than in other Afghan people......Storied warriors of ages past, Nuristani tribes are described as attractive, athletically-built people. Cited as reliable and loyal, they are creative too, as attested to by their skilled architecture and craftsmanship. Dress varies among Nuristani tribes although some favor black or white clothing. One distinction is true of all Nuristani women – the veil has never been required attire, even though they are Sunni Muslims.http://www.joshuaproject.net/people-profile.php?peo3=15822