With the establishment of Buddhism, together with its monastic system, as the official religion of Tibet in the eleventh century and thereafter, certain among these Pawo shamans came to be employed by the larger monasteries, and even later by the Tibetan government, as oracles. Such an oracle is known as a Lhapa or Sungma (srung-ma). The most famous among these oracles is the State Oracle attached to Nechung monastery, and he is usually possessed by the spirit Pehar, who is said to have been originally a deity of Turkish origin. The State Oracle continues to function in exile at Dharamsala in India, the seat of HH the Dalai Lama and the Tibetan Government in exile. 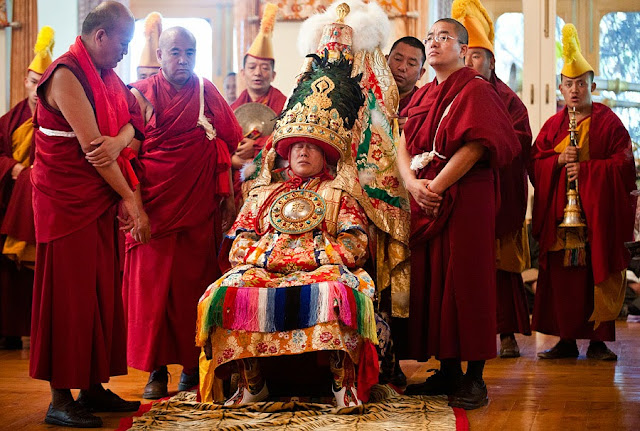 "The Nechung Oracle is the State Oracle of Tibet. The medium of the State Oracle currently resides with the current Dalai Lama in Dharamsala, India....In Tibet and throughout the greater Himalayan region, oracles have, and continue to play, an important part in revelation, religion, doctrine, and prophecy. In Tibet, the Nechung Oracle and other oracles on occasion, have also played principal roles assisting governmental decision-making and providing intelligence on pressing matters of state, and perhaps most importantly aid in the provision of security for the 14th Dalai Lama of Tibet..... The word "oracle" is used by Tibetans to refer to the spirit, deity, or entity that temporarily (or various styles of periodic or ongoing possession depending on the tradition) possesses enters those men and women who act as media between the phenomenal natural world and the subtle spiritual realms. These media are, therefore, known as kuten, which literally means, "the physical basis". Post-possession the medium may require protracted convalescence.".....http://en.wikipedia.org/wiki/Nechung_Oracle 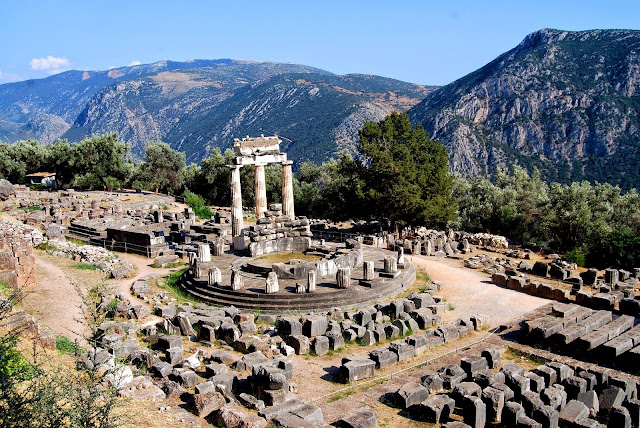 "THE ORACLE AT DELPHI..... is a figure of great historical importance that was, and still is, shrouded in mystery. She spoke for the god Apollo and answered questions for the Greeks and foreign inquirers about colonization, religion, and power. By her statements Delphi was made a wealthy and powerful city-state. The oracle was at the height of power around 1600 B.C. when Greece was colonizing the Mediterranean and Black Seas (Hale), but was stationed in Delphi from 1400 B.C. to 381 A.D. Despite her long tenure it is still debated today how she received the words from Apollo.......the Homeric Hymn to Apollo tells how the site was conquered by Apollo. The Earth mother Gaia kept a holy serpent at Delphi known as Python. Apollo slays Python and keeps the oracle for himself to speak to mortals. Hence, the oracle at Delphi is known as Pythia in honor of the killing of Python. Also, unlike tradition where the gender of the priestess or priest is the same as the divinity they served, the oracle was female because she originally served Gaia. Once Apollo secured the oracle a temple was built....Alexander the Great visited the Delphic Oracle wishing to hear a prophecy that he would soon conquer the entire ancient world. To his surprise the oracle refused a direct comment and asked him to come later. Furious, Alexander the Great dragged Pythia by the hair out of the chamber until she screamed "Let go of me; you’re unbeatable". The moment hearing this words he dropped her, saying "Now I have my answer".....http://en.wikipedia.org/wiki/List_of_oracular_statements_from_Delphi

"The rite of the Oracle possessing the kuten is ancient, entering the tradition from the Bonpo and Ngagpa, and traditionally involves a detailed evocative liturgy including such elements as fanfare, dance, mudra and mantra to invoke the Oracle who forcefully projects their mindstream via the discipline of phowa, temporarily possessing the physical basis.".....http://en.wikipedia.org/wiki/Nechung_Oracle

"The word Sibyl comes from the Greek word σίβυλλα sibylla, meaning prophetess. The earliest oracular seeresses known as the sibyls of antiquity, "who admittedly are known only through legend" prophesied at certain holy sites, under the divine influence of a deity, originally— at Delphi and Pessinos— one of the chthonic deities. Later in antiquity, sibyls wandered from place to place......Homer seems to have been unaware of a Sibyl. The first known Greek writer to mention a sibyl is Heraclitus, in the 5th century BC: 'The Sibyl, with frenzied mouth uttering things not to be laughed at, unadorned and unperfumed, yet reaches to a thousand years with her voice by aid of the god'......The Persian Sibyl was said to be prophetic priestess presiding over the Apollonian Oracle; though her location remained vague enough so that she might be called the "Babylonian Sibyl", the Persian Sibyl is said to have foretold the exploits of Alexander the Great.The Persian Sibyl, by name Sambethe......From Alexander Polyhistor (first century B.C.E.) comes the earliest mention of a sibyl named Sambethe or Sabbe.".....http://en.wikipedia.org/wiki/Sibyl

"The principal deity of Thyatira was the ancient Lydian sun-god Tyrimnos (Tyrimnaeos) who was identified with the Greek sun-god Apollo. During Roman times the worship of Apollo Tyrimnos was joined with the emperor worship cult. Of lesser importance was Boreitene, a goddess identified with Artemis, the sister of Apollo. Thyatira also paid homage to the goddess Sambethe or Sambethe, a Sibyl (from the Greek sibylla, prophetess) who claimed to speak for Apollo...."...http://www.welcometohosanna.com/REVELATION/Thyatira.html 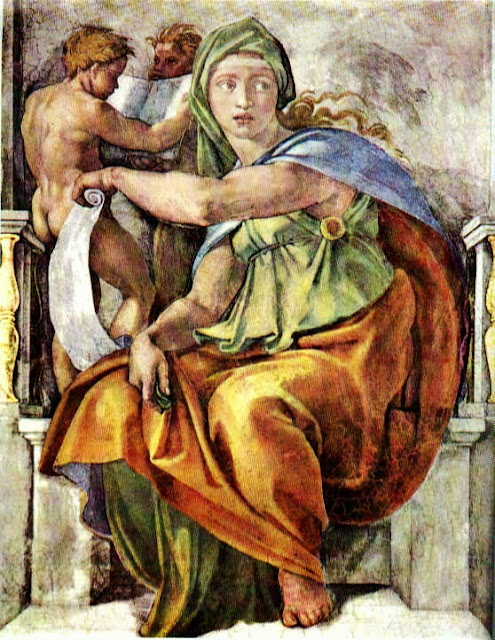 "The sibyl was a Greek prophetess-figure, apparently of Oriental origin. The sibyl utters her predictions not on being consulted, like established oracles, but spontaneously, in ecstatic exclamations. .....http://en.wikipedia.org/wiki/Sibyl

"Oracle bones (Chinese: 甲骨; pinyin: jiǎgǔ) are pieces of shell or bone, normally from ox scapulae or turtle plastrons, which were used for scapulimancy or plastromancy, respectively – a form of divination – in ancient China, mainly during the late Shang dynasty. Diviners would submit questions to deities regarding future weather, crop planting, the fortunes of members of the royal family, military endeavors, and other similar topics. These questions were carved onto the bone or shell in oracle bone script (Chinese: 甲骨文; pinyin: jiǎgǔwén) using a sharp tool. Intense heat was then applied with a metal rod until the bone or shell cracked due to thermal expansion. The diviner would then interpret the pattern of cracks and write the prognostication upon the piece as well.".....http://en.wikipedia.org/wiki/Oracle_bone