Khwājagān (shortened forms: Khwaja, Khaja(h), Khawaja or khuwaja) is a Persian title for "the Master". Khwajagan is a word often used to refer to a chain of Central Asian Naqshbandi Sufi Masters from the 10th to the 16th century. In Firdowsi's Shahnama the word is used many times for some rulers and heroes of ancient Iran.".....http://en.wikipedia.org/wiki/Khwajagan 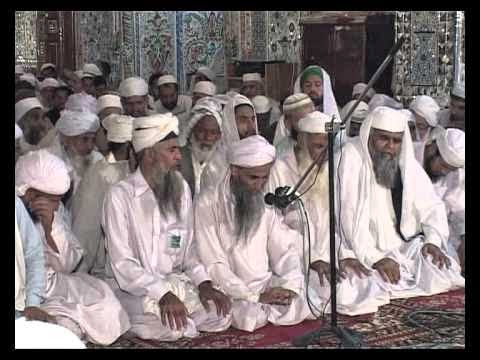 "“All roads lead to Balkh,” uttered Gurdjieff, referring to the Sufic origin of all systems. Yesai Narai writes, “Balkh is the town often associated with Padmasambhava, and Rabia and Rumi as well. Although Padmasambhava is usually thought to be Indian, it is possible that he is from the Afghanistan region also associated with his name......Balk is the homeland of Baha ad-Din Naqshband, the greatest of the Khwjaghan Masters. Baha al-Din Walad of Balkh (d. 1230 CE), meaning "the splendor/glory of religion from Balkh" is the designation of the father of Jalal al-Din Balki, more commonly known as Jalal al-Rumi, famed author of the ‘Persian Qur'an/Bible’, the Mathnawi.".....http://home.earthlink.net/~drmljg/id17.html

"In Balkh, Bokhara and also in the Hindu Kush a new “inner circle” of initiates was established. These great initiates were known as the Khwajagan (Persian for "Masters"). The first visible leader who appeared (during this cycle) was Yusuf Hamadani (1048-1140). This society is known for its remarkable telepathic powers. The Khwajaghan still exist today in order to transmit to segments of society a spiritual force known as baraka....J.G. Bennet wrote a book entitled “The Masters of Wisdom,” which includes some very detailed information about the Khwajagan. Bennett received his information about the Khwajagan from Hasan Shushud (the teacher of the famous Rumi translator Dr. Nevit O. Ergin) .".....