Rishis & Rishikas....."In the Vedas, the word denotes an inspired poet of Ṛgvedic hymns, who alone or with others invokes the deities with poetry. In particular, Ṛṣi refers to the authors of the hymns of the Rigveda. Post-Vedic tradition regards the Rishis as "sages" or saints, constituting a peculiar class of divine human beings in the early mythical system, as distinct from Asuras, Devas and mortal men."......http://en.wikipedia.org/wiki/Rishi

"As the first Kulika king, Manjushrikirti, preached the Kalachakra Tantra to his subjects, Suryaratha distanced himself from it, and his followers, the Rishis, joined him. They preferred to choose banishment from Shambhala than to follow the “diamond path” (Vajrayana). Nonetheless, after they had set out in the direction of India and had already crossed the border of the kingdom, Manjushrikirti sank in to a deep meditation, stunned the emigrants by magic and ordered demon birds to bring them back. This event probably concerns a confrontation between two religious schools. The Rishis worshipped only the sun. For this reason they also called their guru the “sun chariot” (suryaratha). But the Kulika king had as Kalachakra master and cosmic androgyne united both heavenly orbs in himself. He was the master of sun and moon. His demand of the Rishis that they adopt the teachings of the Kalachakra Tantra was also enacted on a night of the full moon. Manjushrikirti ended his sermon with the words: “If you wish to enter that path, stay here, but if you do not, then leave und go elsewhere; otherwise the doctrines of the barbarians will com to spread even in Shambhala.” (Bernbaum, 1980, p. 234). ..."........http://en.wikipedia.org/wiki/Kalachakra 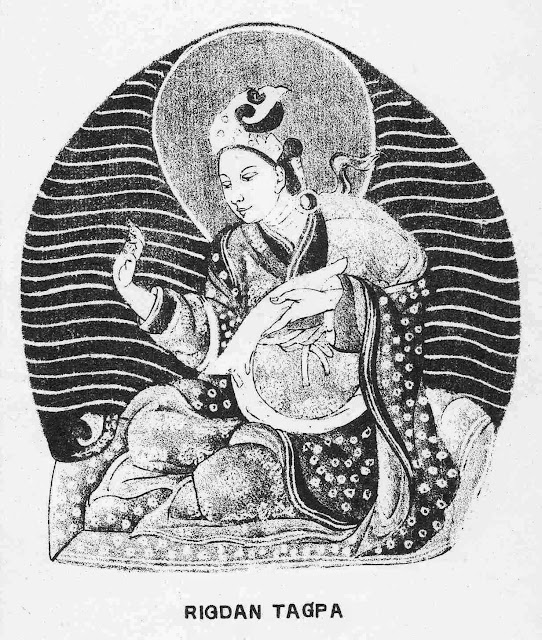 "This ancient Tibetan shamanism and animism, the pre-Buddhist spiritual and religious culture of Tibet, was known as Bon, and a practitioner of these shamanic techniques of ecstasy and ritual magic, the methods of working with energy, was known as a Bonpo. Bonpo is still the designation for a shaman in many tribal regions of the Himalayas. But increasingly, over the centuries, the ecstatic shaman has been replaced by the priestly Lama or ritual expert, and so later Bonpos in Central Tibet also came to fill a role more ritualistic than ecstatic. There exists a parallel here to what occurried in ancient India where the Rishis or ecstatics of the early Vedic period, who communed directly with the celestial gods during ecstatic flights into the heavens, were later replaced by Brahman priests, experts in the performing of rituals and sacrifices in order to invoke the powers of the gods and ensure their cooperation for human benefit and prosperity.".....http://vajranatha.com/articles/traditions/bonpo.html?start=1

"The seven Rishis .....According to the epic Mahabharata, composed in about 500 B.C., the stars of the Big Dipper were the seven sages called Rishis. These seven sages are said to be those who made the Sun rise and shine. They were happily married to seven sisters named Krttika. They originally all lived together in the northern sky.".....http://www.windows2universe.org/mythology/rishis_bigdipper.html 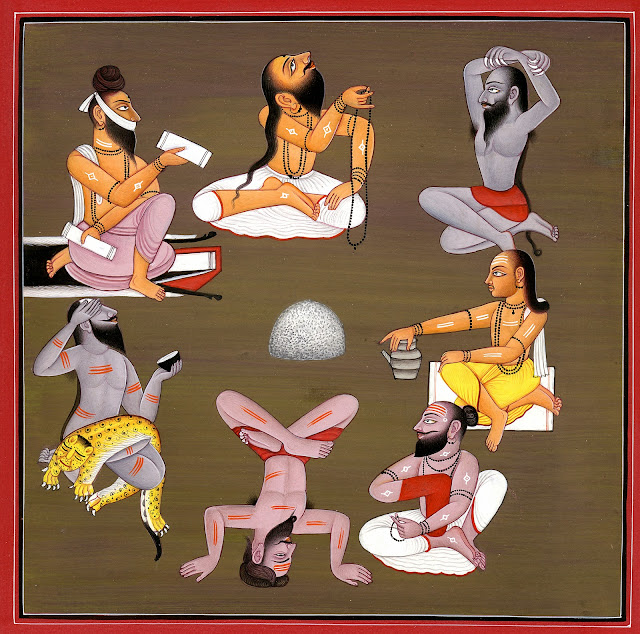 "Both tertons and Vedic or Bonpo rishis cognize wisdom by overthrowing dualistic limitations within consciousness and the wisdom that emerges emerges from a mandala, which emerges from a seed-syllable.".....http://www.mail-archive.com/fairfieldlife@yahoogroups.com/msg232965.html

"Âthravan, the Fire Priest......Âthravans oratharvans, descendents of Atharvan, a legendary Indo-Iranian rishi who introduced the fire ritual and is the supposed author of Atharva Veda, are the fire-priests who performed the soma/haoma ritual in the Rig Vedic lore, and athrvangiras formed the sacerdotal class or race of men. This shows their pre-Zarathushtrian presence. However, the term has since declined in Hinduism. In Zoroastrianism, however, it has held the highest position. The term occurs almost 40 times in the later Avesta. It was the first of the four professions. (Y 19.18). The Hom Yasht (Y 9-11) says that Keresâni (a legendary ruler), who stopped âthravans from operating in his land, was dethroned by Haoma (here personified for the purpose). (Y 9.24). Paradoxically, Krshânu (Indic pronunciation of Keresani) of the Vedas is a guardian of soma in heaven. The two versions are a sign of Indo-Iranian schism in which the Iranian haoma priests seemed to have deposed the ruler of the original cult and to have established their supremacy."......http://www.zoroastrian.org/articles/Zoroastrian%20Priest%20in%20the%20Avesta.htm


Chogyam Trungpa on ultimate Shambhala: "the kingdom of Shambhala itself, is not some mysterious heavenly realm. It is the realm of the cosmic mirror, the primordial realm that is always available to human beings if they relax and expand their minds." (Trungpa: 1984..Pg 174)....


"The Kalachakra refers to many different traditions, for example the Hindu; Saivite, Samkya, Vaishnava, the Vedas, Upanisads and Puranas traditions, but also Jainism. For example, the Kalachakra mandala includes deities which are equally accepted by Hindus, Jainas and Buddhists.".....http://en.wikipedia.org/wiki/Kalachakra 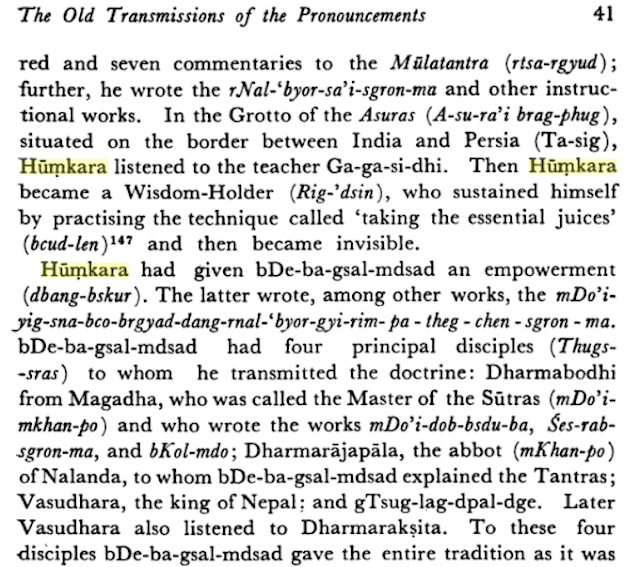