"The sadhana of Dream Yoga as practiced in Dzogchen traditions such as the Kham, entered the Himalayan tantric tradition from the Mahasiddha, Ngagpa and Bonpo. Dream Yoga or "Milam" (T:rmi-lam; S:svapnadarśana), is one of the Six Yogas of Naropa."......http://en.wikipedia.org/wiki/Mahasiddha#Different_Mahasiddha_traditions 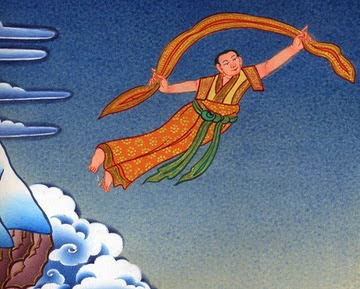 "Dream Yoga or Milam (T:rmi-lam or nyilam; S:svapnadarśana) — the Yoga of the Dream State are a suite of advanced tantric sadhana of the entwined Mantrayana lineages of Dzogchen (Nyingmapa, Ngagpa, Mahasiddha, Kagyu and Bönpo). Dream Yoga are tantric processes and techniques within the trance Bardos of Dream and Sleep (Tibetan: mi-lam bardo) and are advanced practices similar to Yoga Nidra. Aspects of Dream Yoga sadhana are subsumed within the practice suite of the Six Yogas of Naropa.....In a footnote on 'Zhitro' (Tibetan: zhi khro) Namdak & Dixey, et al. (2002: p. 124) identify that the 'dream body' and the 'bardo body' is the 'vision body' (Tibetan: yid lus): In the bardo one has...the yilu (yid lus), the vision body (yid, consciousness; lus, body). It is the same as the body of dreams, the mind body."... Lopön Tenzin Namdak and Dixey, Richard (2002). Heart Drops of Dharmakaya: Dzogchen Practice of the Bön Tradition. Snow Lion Publications. ISBN 1-55939-172-3

"Yoga nidra or "yogi sleep" is a sleep-like state which yogis report to experience during their meditations. Yoga nidra, lucid sleeping is among the deepest possible states of relaxation while still maintaining full consciousness. Lucid dreaming is the Western term used to denote a practice similar to yoga nidra. The distinguishing difference is the degree to which one remains cognizant of the actual physical environment as opposed to a dream environment. In lucid dreaming, one is only (or mainly) cognizant of the dream environment, and have little or no awareness of our actual environment....Yoga nidra refers to the conscious awareness of the deep sleep state, referred to as prajna in Mandukya Upanishad....The Mandukya Upanishad is the shortest of the Upanishads – the scriptures of Hindu Vedanta. It is in prose, consisting of just twelve verses expounding the mystic syllable Aum, the three psychological states of waking, dreaming and deep sleep, and the transcendent fourth state of illumination. The Muktikopanishad, which discusses other Upanishads, says that the Mandukya Upanishad alone is enough for salvation."....Rama, Swami. Mandukya Upanishad: Enlightenment Without God. 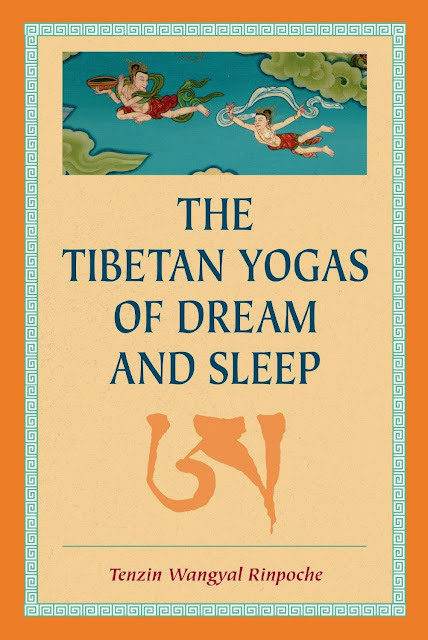 "According to contemporary Dzogchen teachers Namkhai Norbu, Lopön Tenzin Namdak and Tenzin Wangyal, the perceived reality and the phenomenal world are considered to be ultimately "unreal" — an "illusion" (refer Mahamaya): a dream, a phantasmagoria, a thoughtform. All appearances and phenomena are a dream or thoughtform, inter- and intra- reflecting and refracting jewels and mirrors of possibility and potentiality, "arising in relationships" or "dependent co-arising". It is held by these lineages and due to the realisations of the sadhana, that the dream of life and regular nightly dreams are not dissimilar, and that in their quintessential nature are non-dual. The non-essential difference between the general dreaming state and the general waking experience is that the latter is generally more concrete and linked with attachments, samskara and skandha; whereas, standard non-lucid dreaming is ephemeral and transient, and generally culturally reinforced as baseless and empty. In Dream Yoga, living may become the dream, and the dream may become the living. Progressing the sadhana may be metaphorically likened to living the scientific hypothesis of a resolved superposition. The resolved superposition being a mindstream conflation of Dharmakaya with Shunyata and Indra's Net. The entwined Mantrayana lineages of Nyingmapa, Bonpo, Ngagpa and Mahasiddha are saturated with trance and dream transmissions of teachings, doctrine, etcetera that transcend constructs of time, place and space, these are often called "whispered traditions" and terma. "....http://en.wikipedia.org/wiki/Dream_Yoga#cite_note-3

"Lawapa the progenitor of Dream Yoga sadhana was a mahasiddha....Lawapa or Lavapa (Tibetan: la ba pa; grub chen la ba pa; wa ba pa) was a figure in Tibetan Buddhism who flourished in the 10th century. He was also known as Kambala and Kambalapada (Sanskrit: Kaṃbalapāda). Lawapa, was a mahasiddha, or accomplished yogi, who travelled to Tsari.Lawapa was a progenitor of the Dream Yoga sadhana and it was from Lawapa that the mahasiddha Tilopa received the Dream Yoga practice lineage.".....http://en.wikipedia.org/wiki/Lawapa 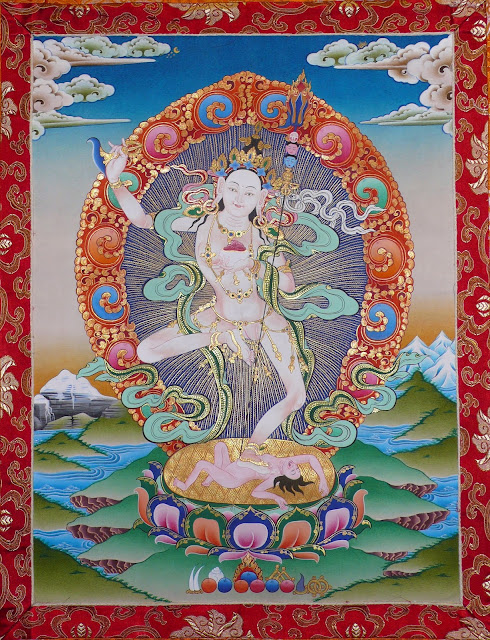