CALAH: Nimrud, Sham Ash, The Palace Of Juniper…900 BC

Calah, also spelled Kalhu, or Kalakh, modern Nimrūd, ancient Assyrian city situated south of Mosul in northern Iraq. The city was first excavated by A.H. Layard during 1845–51 and afterward principally by M.E.L. (later Sir Max) Mallowan (1949–58).....In the 7th century bc, Calah declined in importance because the Sargonids tended to use Nineveh as their residence; nonetheless it continued to be extensively occupied until the fall of Nineveh in 612 bc......http://www.britannica.com/EBchecked/topic/88718/Calah 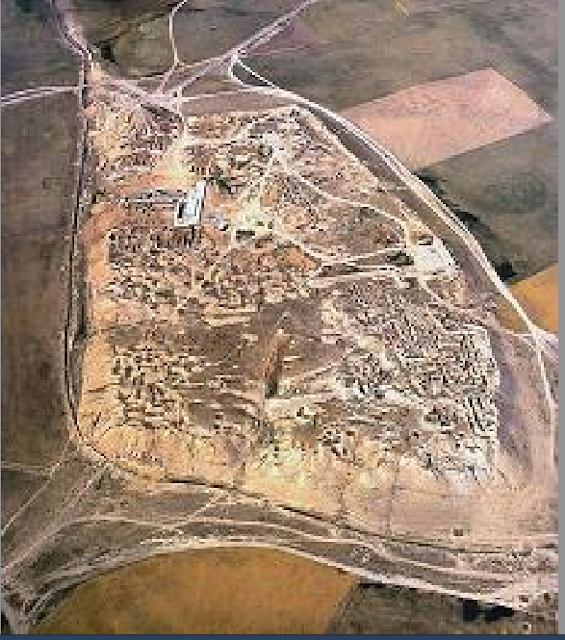 Ancient Nimrud (Calah)....Calah / Nimrud ....aka:Kalhu; Kalakh ....Calah is often referred to as Nimrud. Calah became a fairly important city of learning, particularly with religious sciences. Calah had a number of temples and important buildings. A large number of these have inscriptions about King Ashurnasirpal 2, with more details about him than any other ruler of this epoch. The city of King Ashurnasirpal 2 housed perhaps as many as 100,000 inhabitants. It was adorned with a botanical and zoological garden, and there were temples to Nunurta and Enlil. ... 13th century BCE: Founded by King Shalmaneser 1, but only as a smaller provincial town.... 879: Calah is made capital of Assyria by King Ashurnasirpal 2, at the expense of Nineveh."

The Assyrian Calendar begins with the first recorded year of the "beginning of civilization" (shooraya d'mdeetanayoota) as seen through the eyes of the ancient Bet-Nahranaye (Mesopotamians). These ancient inhabitants of Assyria, Babylon, and Sumer believed that civilization was a "gift from the gods" and it was marked from the time "kingship was lowered from heaven" ......somwhere around around 4750 B.C.......evidently near Calah.......

Sham, or al-Sham as known to the Arab historians, spread from Damascus to Susa in Elam and North to the Caucasus Mountains......It's capital in 700 BC was Calah (near the present site of Nimrud)

The religion of Sham was considered "pagan" by the early Christians and Muslims.......was the cult of Sol Invictus (the Unconquered Sun), the worship of the divine spirit by whom the whole universe is ruled, the spirit whose symbol is the sun.....also the Solar Cosmology of Mithra 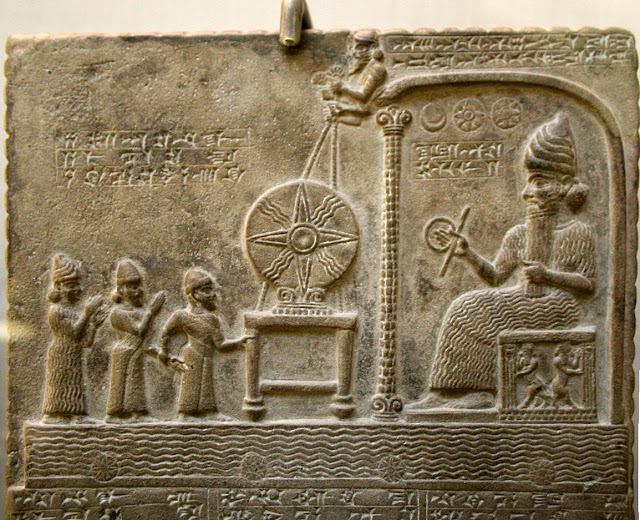 A tablet from the early 9th century B.C. which depicts the Babylonian solar deity Sham Ash

Assyrian sun god.....Sham -ash, Ash-Sham.......rises from the mountains with rays out of his shoulders. He enters and exits the underworld through a set of gates in Mt. Mashu guarded by scorpion-people. 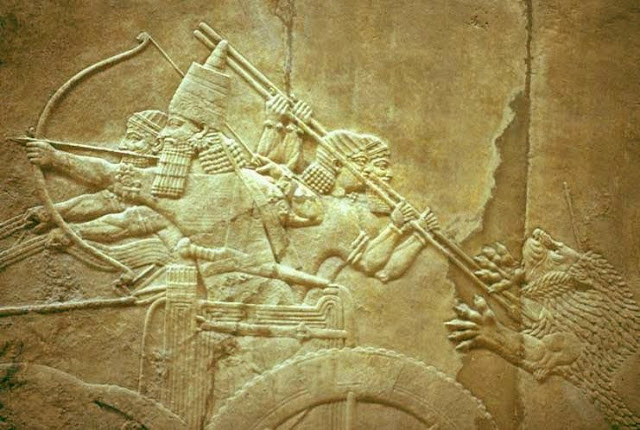 The following account comes from the Royal Archives of Assyria and dates from the seventh century BCE. The speaker is the Emperor Ashurnasirpal (883-859 BCE) displaying his royal power. The feast was held to commemorate the inauguration of his new palace ( "The Palace Of Juniper") in the capital city of Calah. The New Assyrian Empire, though short, was one that combined various cultures into a unique culture.