"Later Shambhalists would identify the ancient Uighur kingdom of Khocho, centered around the Turfan Depression, as one of the prime candidates for the physical location of Shambhala." ......http://balkhandshambhala.blogspot.ca/2013/01/shamis-en-balkh-alexander-csoma.html 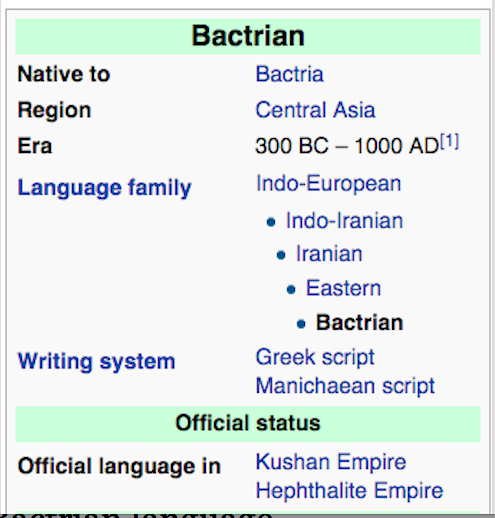 "The Uighur Terkh runic inscription deciphered by S.G.Klyashtorny describes the military merits of El Etmish Bilgä qaγan (749–759), the actual founder of the Uighur Empire.....Runic inscriptions of the Uighur Empire in Inner Asia (744–840 AD) still contain many interesting accounts, which had not been fully utilised yet.... Domestic and external policy of Bögü-qaγan who accepted Manichaeism as a state religionin 762 and relied on Sogdians resulted in the extreme strengthening of the latter’s position in the Uighur state. This inevitably evoked strong resistance of the Uighur aristocracy. Political opposition finally succeeded in overthrowing Bögü-qaγan in 779 and replacing him with his cousin Ton Baγa-tarqan. The coup d’etat was reported to the T’ang court by Liang Wen-hsiu, the Chinese envoy to the Uighur capital, who eye witnessed that event. In the course of the coup d’etat Bögü-qaγan and about 2000 of his relatives and followers were murdered.....Revisiting the Uighur Runic Inscriptions and the T'ang Sources.....by Ablet Kamalov 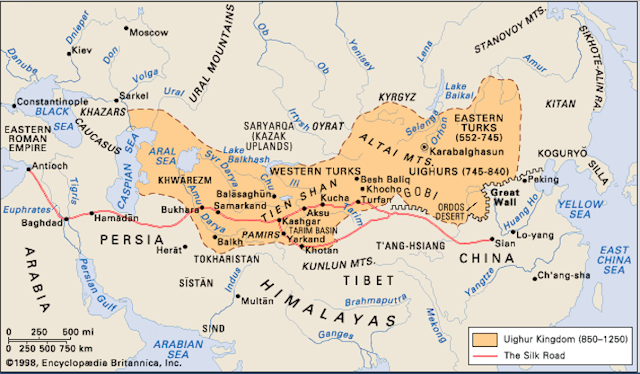 "Turkic Runes.....Central Asia.....8th to 9th Century AD....One of the earliest recorded Turkic language is in the form of a script called "Turkic Runes", found in Russia's southern Siberia and the Xinjiang uygur Autonomous Region of China (a region not surprisingly also known as Chinese Turkestan) beginning at around the 8th century CE......At first sight, the angular Turkic Runes evoke comparison with Futhark or Germanic Runes. However, Turkic Runes cannot be shown to relate to Futhark conclusively. The angular visual style of Turkic Runes is more likely a result of carving texts on hard surfaces rather than some kind of formal link with Futhark. Instead, it is far more likely that Turkic Runes is derived from the Sogdian script......There are two slightly different forms of Turkic Runes, namely Orchon and Yenisei. They are named after the geographical location they are found....Turkic Runes ceased to be used by the 9th century CE. Instead they started to use the Uighur (Uygur) script which was another offshoot of the Sogdian script."......http://www.ancientscripts.com/turkic_runes.html 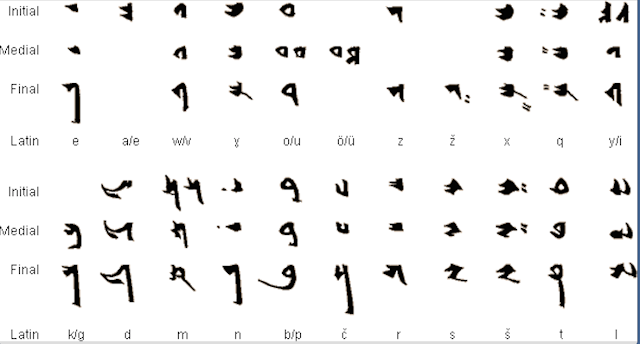 "The Old Uyghur alphabet (回鹘文字母 Huíhúwénzìmǔ) was used for writing the Old Uyghur language, a variety of Old Turkic spoken in Turfan, which is an ancestor of the modern Yugur language. The term "Old Uyghur" used for this alphabet is misleading because the Uyghurs of Mongolia used the runic Orkhon (Old Turkic) alphabet, and only adopted this script used by the local inhabitants when they migrated into Turfan after 840. It was an adaptation of the Sogdian alphabet, used for texts with Buddhist, Manichaean and Christian content for 700–800 years in Turfan. The last known manuscripts are dated to the 18th century. This was the prototype for the Mongolian and Manchu alphabets. The Old Uyghur alphabet was brought to Mongolia from Tata-tonga."

"Uighur Script.....Central Asia.....8th to 17th Century AD.....The Uighur Alphabet was derived from the cursive Sogdian script, which ultimately traces back to Aramaic. However, unlike Sogdian and Aramaic, the Uighur script is written from top to bottom and in columns going from left to right, like Aramaic turned 90 degrees counterclockwise....The Uighur alphabet was adopted to write Mongolian in 12th century CE..".....http://www.ancientscripts.com/uighur.html

"The Sogdian alphabet was originally used for the Sogdian language, a language in the Iranian family used by the people of Sogdiana. The alphabet is derived from Syriac, the descendant script of the Aramaic alphabet. The Sogdian alphabet is one of three scripts used to write the Sogdian language, the others being the Manichaean alphabet and the Syriac alphabet. It was used throughout Central Asia, from the edge of Iran in the west, to China in the east, from approximately 100-1200 AD.....Three main varieties of the Sogdian alphabet developed over time: Early Sogdian, an archaic non-cursive type; the sutra script, a calligraphic script used in Sogdian Buddhist scriptures; and the so-called "Uyghur" cursive script (not to be confused with the Old Uyghur alphabet). Early Sogdian dates to the early fourth century AD., and is characterized by distinct, separated graphemes. The sutra script appears around 500 C.E., while the cursive script develops approximately a century later. The cursive script is thus named because its letters are connected with a base line. Since many letters in the cursive script are extremely similar in form, to the point of being indistinguishable, it is the most difficult to read of the three varieties. As the Sogdian alphabet became more cursive and more stylized, some letters became more difficult to distinguish..." 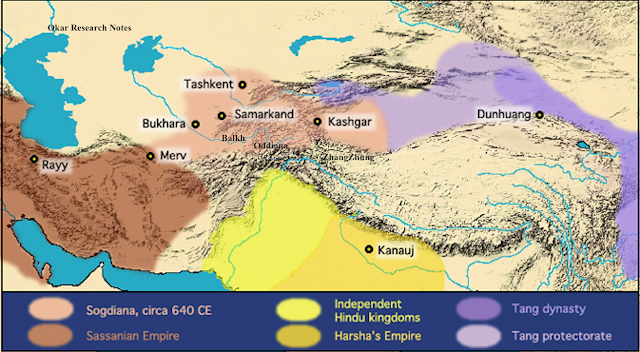