Antonio Andrade and the Jesuit Search for Shambala (1626 AD) 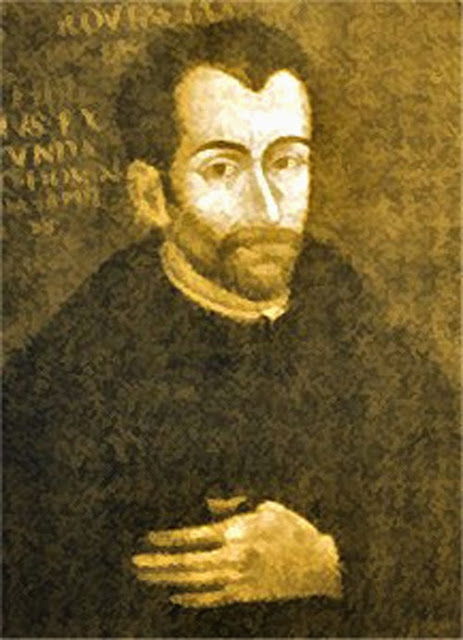 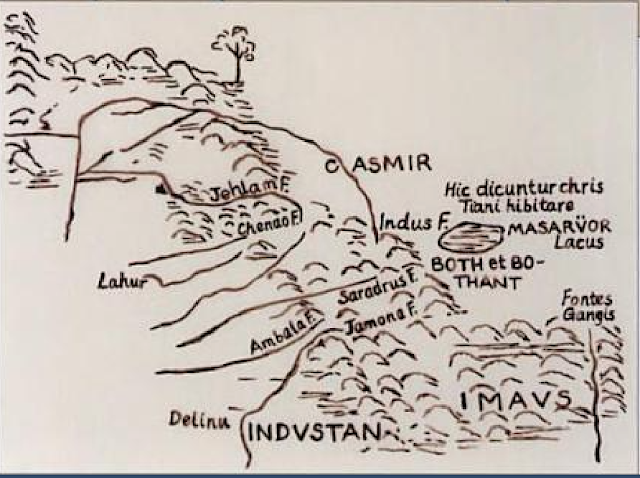 "Map by Fr. Anthony Monserrate, said to be the first Jesuit geographer in India. When the team left Goa for the Mughal mission, he was asked to keep a diary of all events, which he did faithfully, adding greatly to its value by his geographical and astronomical observations. On his journey from Surat to Fatehpur Sikri in 1580, he mad a survey and took observations for latitude. When Akbar marched to Kabul in 1581 against his half-brother Mirza Muhammed Hakim, he took Fr. Monserrate along for continuing the tuition of his second son Murad. Akbar encouraged Fr. Monserrate to take observations en route. He, however, showed no interest in the date collected by Fr. Monserrate who kept it with himself even when he returned to Goa. Later in 1804, Francis Wilford of Bengal Engineers made use of Fr. Monserrate’s manuscripts to prepare a valuable map of the countries west of Delhi.".....Jesuits at the Mughal court by Fr. John Felix Raj. S.J.

"Another Jesuit, Ippolito Desideri (1684-1733), followed Andrade’s steps almost a century later, and proceeded to re- establish the mission in Tibet, this time at Lhasa, in March 1716........."Ippolito Desideri (21 December 1684 – 14 April 1733) was an Italian Jesuit missionary in Tibet and the first European to have successfully studied and understood Tibetan language and culture..... According to Desideri, they were well received by the king of Ladakh and his court, and he wished to remain there to found a mission, but he was forced to obey his Superior, Freyre, who insisted that they travel to Central Tibet and Lhasa......They thus undertook a perilous seven months winter journey across the Tibetan plateau and finally arrived in Lhasa on 18 March 1716.....He was the only European missionary in Tibet, at that time." 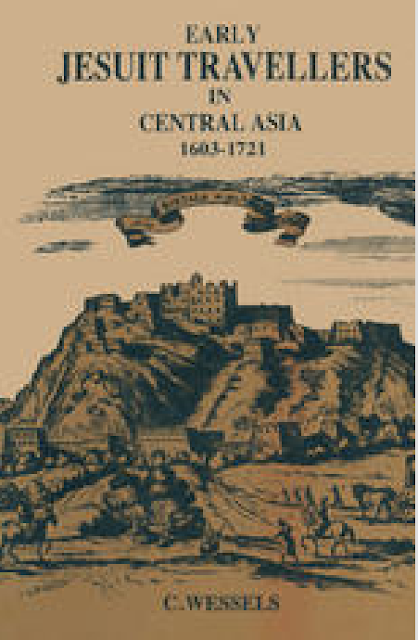 "Christianity was supposedly first introduced to Tibet by a Franciscan monk, Odoric of Pordenone, who thus should have been the first Westerner to penetrate Lhasa, in 1327, where he set up a mission. In his writings, he compared Tibetan and Christian religions, arguing that they shared a head figure, monasteries, and chanting celibate monks.......At the beginning of the 17th century, two Portuguese Jesuit fathers, Antonio de Andrade and Manuel Marques, went from Agra (India) in 1624 on a reconnaissance trip to Tibet. They believed that there existed forgotten Christian communities in the Himalayan region. "Four months from their departure from Agra they crossed the Himalayan crest and entered Tibet, the first Europeans to do so if one does not accept Odoric's claim three centuries earlier... The King and Queen of Guge, in whose domain along the Upper Sutlej River they found themselves, were particularly cordial and welcomed them to the capital, Tsaparang." ......American encounters with Tibetan material culture.......by Victoria Jonathan 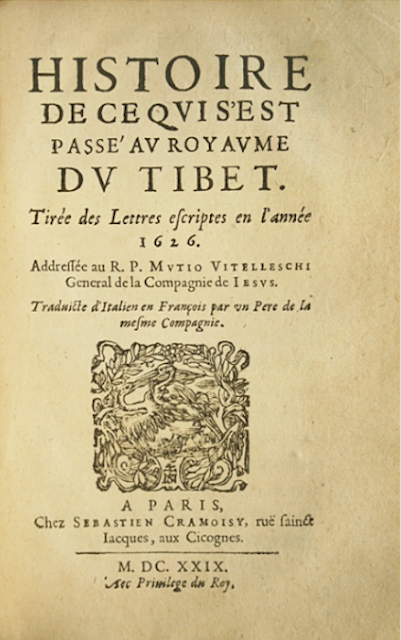 The story begins with a mysterious map - this one lost, then rediscovered a hundred years ago in Calcutta. It was part of a remarkable manuscript that contained the autobiography of a 16th-century Western missionary at the court of the Moghul emperor Akbar the Great. 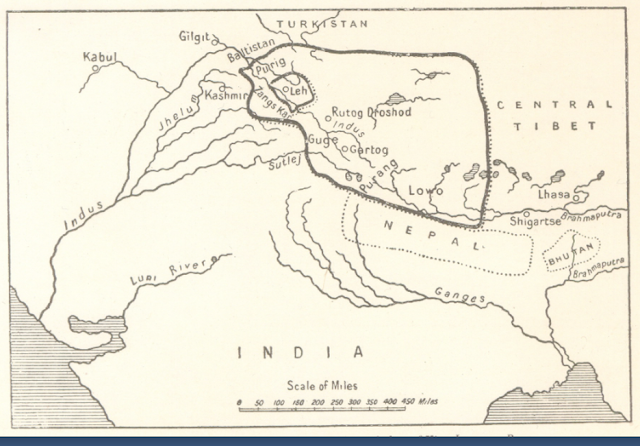 "Zhang Zhung consisted "of three different regions: sGob-ba, the outer; Phug-pa, the inner; and Bar-ba, the middle. The outer is what we might call Western Tibet, from Gilgit in the west to Dangs-ra khyung-rdzong in the east, next to lake gNam-mtsho, and from Khotan in the north to Chu-mig brgyad-cu rtsa-gnyis in the south. The inner region is said to be sTag-gzig (Tazig) [often identified with Bactria]"

The Dalai Lama assumed power in Tibet only after the secular government of the dynastic families was overthrown in 1642, and so became both secular and spiritual ruler. 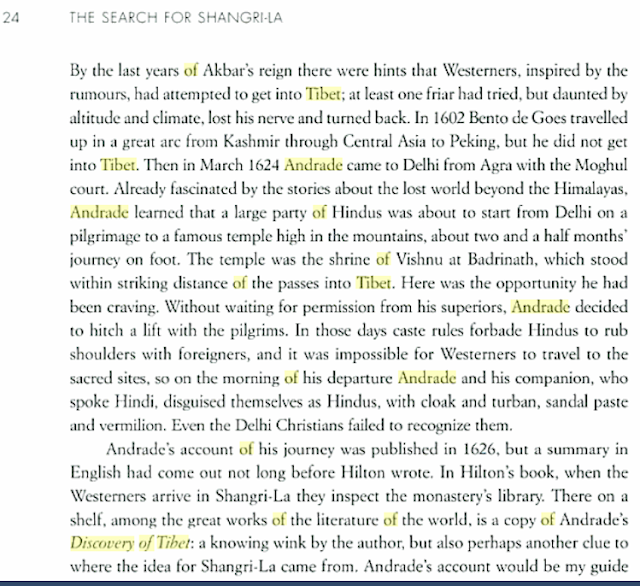 "Since the seventeenth century, Jesuit fathers had travelled throughout Asia not only as missionaries but also to look for remains of ancient Christianity; they were especially inspired by the legend of the lost Christian kingdom of Prester John somewhere in Central Asia. One place that was particular interest to them was the tenth-century kingdom of Guge at Tsaparang in western Tibet (now in the Ngri prefecture of Tibet). Father Perrault is obviously modelled on one of these Jesuit fathers, notably Antonio de Andrade (who although could not find any Christian community in Tsaparang, himself founded a small Christian church there in 1625)."......James Hilton and Shangri-La by Rasoul Sorkhabi....The Himalayan Journal.....Vol.64......2008 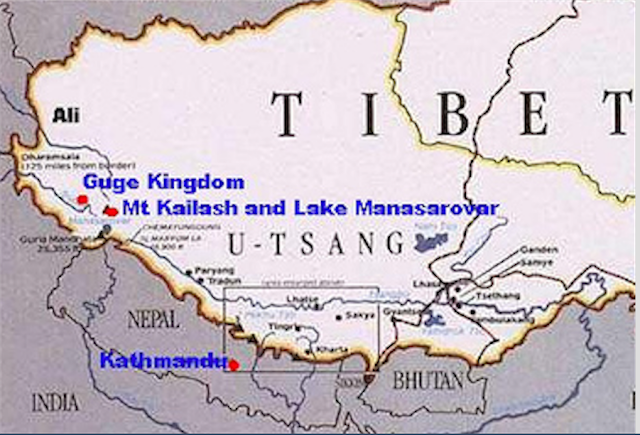 "Tsaparang was the capital of the ancient kingdom of Guge in the Garuda Valley, through which the upper Sutlej River flows, in Ngari Prefecture (Western Tibet) near the border of Ladakh....and not far west of Mount Kailash and Lake Manasarovar. Nearby is the Bon monastery of Gurugem......Tsaparang is a huge fortress perched on a pyramid-shaped rock rising about 500 to 600 feet (152 to 183 m) at the end of a long narrow spur. It contains numerous tunnels and caves that have been carved out of the rock.....TV Presenter and historian Michael Wood, in the "Shangri-La" episode of the BBC TV/PBS documentary series In Search of Myths and Heroes, suggested that Tsaparang was the historical origin of the legend of Shangri-La, and that its two great temples were once home to the kings of Guge in modern Tibet."