"Venerate Me and Make Offerings" 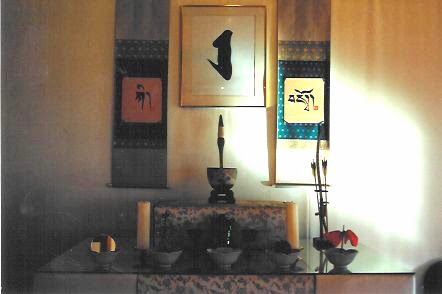 "Veneration (Latin veneratio, Greek δουλεία, douleia), or veneration of saints, is the act of honoring..... Philologically, "to venerate" derives from the Latin verb, venerare, meaning to regard with reverence and respect. Veneration is practiced, formally or informally, by adherents of some branches of all major religions, including Christianity, Judaism, Hinduism, Islam, and Buddhism.......


"Making Offerings......In Buddhism, symbolic offerings are made to the Triple Gem, giving rise to contemplative gratitude and inspiration. Typical material offerings involve simple objects such as a lit candle or oil lamp, burning incense, flowers, food, fruit, water or drinks...In the Pali Canon, the Buddha declared practice offerings as "the best way of honoring the Buddha" and as the "supreme" offering"....http://en.wikipedia.org/wiki/Offering_(Buddhism)

"...Offerings are called banten in Balinese. It is possible that the word comes from the Sanskrit word bali, which means tribute, obligation or gift. Or it may be derived from the word enten, which means to wake up or be conscious. It is a consciousness of the gods....Offerings are gifts. They are a means of giving something back. But, of course, gifts obligate the recipient and so the system creates mutual obligations and favours, even between humans and spirits.".....http://www.murnis.com/culture/articlebalineseofferings.htm 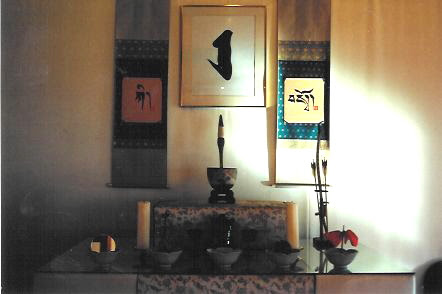 "Hinduism has a long tradition of veneration of saints, expressed toward various gurus and teachers of sanctity, both living and dead. Branches of Buddhism include formal liturgical worship of saints, with Mahayana Buddhism classifying degrees of sainthood."....http://en.wikipedia.org/wiki/Veneration

"In Islam, veneration of saints is practiced by sects such as the Shi'a and Sufi, and in many parts of Southeast Asia, along with "folk Islam", which often incorporates local beliefs and practices. Other sects, such as Sunnis and Wahhabists, abhor the practice."...http://en.wikipedia.org/wiki/Veneration

"In Protestant churches, veneration is sometimes considered to amount to the heresy of idolatry, and the related practice of canonization amounts to the heresy of apotheosis. Protestant theology usually denies that any real distinction between veneration and worship can be made, and claims that the practice of veneration distracts the Christian soul from its true object, the worship of God."....http://en.wikipedia.org/wiki/Veneration

"Shinto Food Offerings .....The most important Shinto ritual for assuring the kami's permanent dwelling in the shrine, is the offering of spiritual flesh. Food offerings are made in different ways at different shrines. The ritual may include placing food on a table, hanging, scattering on the ground, burying it in the earth or releasing it into the water. In case of some active deities, the sanctuary containing the representative object is the focus for this sacred practice and the sanctuary doors may be kept open during the offering. At shrines for the kami of natural phenomenon, the doors of the sanctuary may not be opened. Therefore, special offering halls (heiden) were built for offering food. ".....http://orias.berkeley.edu/visuals/japan_visuals/shintoB.HTM