"The Dadar (Tibetan; Wylie: mda' dar), or arrow often though not always dressed with rainbow ribbon is a teaching tool, ritual instrument symbol for Nyingmapa and Bonpo Dzogchenpa."......http://en.wikipedia.org/wiki/Dadar_(ritual_tool) 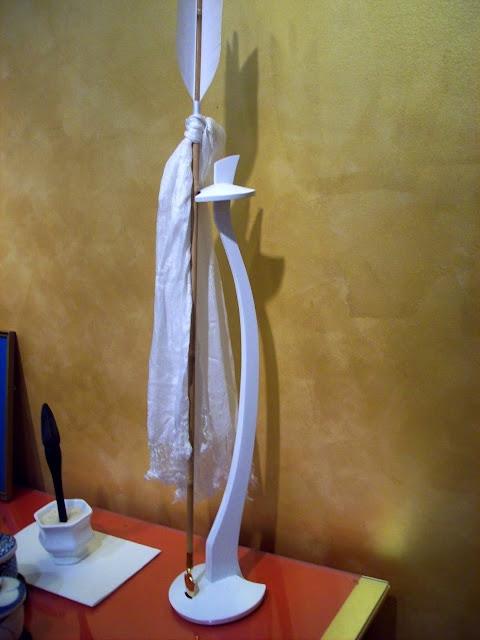 The wealth hailing banner or Dadhar is used for blessings, good luck and wealth. The decoration of the arrow with cloths of five different colors symbolises five Zambalas or 5 wealth gods. The "mirror" that is attached to the arrow symbolises the various impediments of life and the dzi beads symbolise a successful and meaningful life. 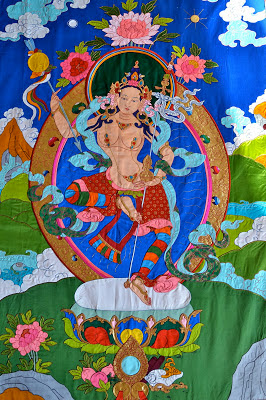 Above is Mandarava, holding an arrow, called a dadar, topped with a melong (just below the feather) and streaming yellow, blue, red and white ribbons. She is associated with a long life practice......http://tibetanmaterialhistory.wikischolars.columbia.edu/Mirror

The 'wealth-attracting silk arrow' (Tib. nor sgrub mda' dar), is an Auspicious arrow with its shaft interwoven with five-color silk ribbons, and its five- pronged copper ... also used in a form of 'psychic surgery' by Tibetan shamans

In his 1998 study The Arrow and the Spindle, Karmay traces several antecedents for the windhorse tradition in Tibet. First, he notes that there has long been confusion over the spelling because the sound produced by the word can be spelt either klung rta (river horse) or rlung rta (wind horse).....Karmay, Samten G. The Arrow and the Spindle: Studies in History, Myths, Rituals and Beliefs in Tibet. Mandala Publishing

"......shaman's or lama's 'magical' arrow, complete with small shaman's mirror (toli), and pieces of silk, complete with it's case, which is made from wood, covered in cloth......Magical arrows are used in many shamanic cultures around the world, and this is very much the case in both Mongolia and Tibet. In Tibetan Buddhism Silk Arrows (Tib: Mda-dar) are arrows with either one or several silk scarfs tied to them which are used for divination, attracting wealth and many other types of both white and black magic.......Wealth attracting arrows (Tib: Nor sGrub Mda-dar) are used to 'hunt' wealth (or other things one wishes to gain) with focused intent, and are normally painted red. This arrow is painted red above the feathers so it is almost certainly a wealth arrow......Arrows like this are also used in Soul Retrieval ceremonies by Tibetan shamans.....A small simple brass shaman's mirror (toli) is tied to the arrow, together with several peices of silk and other material. The head of the arrow is hand made of iron. The flight feathers are from a large bird which might be vulture as this is a traditional feather to use."......http://www.3worlds.co.uk/Pages/Gallery-Archive.html

"BOW AND ARROW: "Bow...[represents Action]...skillful means to propel; "Arrow....(represents Intelligence)..."intelligence sharp and penetrating. Together they represent skillful intelligence. When the arrow of intellect is joined by with the bow of skillful means, then the warrior is never tempted by the seductions of the setting-sun world." "This principle of the bow and arrow is learning to say 'no' to ungenuineness, to say 'no' to carelessness and crudeness, to say no to lack of wakefulness. In order to say 'no' properly you need both bow and arrow...gentleness, which is the bow...sharpness, which is the arrow. Joining the two together, you realize that you can make a distinction: you can discriminate between indulging and appreciating. You can look at the world and see the way things actually work. Then you can overcome myth - which is your own myth." (pg 72)."......http://www.glossary.shambhala.org/#BOWANDARROW 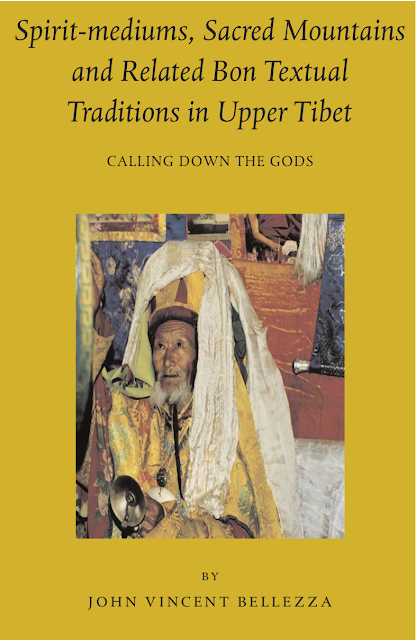 ...the old Persian word for 'arrow'?.....arrow is "Kaman".....What is the Sanskrit word for arrow? .....arrow: शरव्या sharavyaa; बाण baaNa; शर shara; इषु iShu; शल्य shalya; अस्त्र astra.......every Sanskrit word indicating an "arrow" has been used to denote "five" as Kamadeva, the Hindu deity of love, is traditionally depicted as a warrior carrying five arrows of flowers......

Avestan uses the words ar$ zaži-, išu-, and ašti- to denote an arrow. One of the expressions in Yt. 10.39 suggests that arrows might have been fletched with eagle feathers (Malandra, pp. 269, 271). In Middle Persian, the word tigr/tīr stood for “arrow” (Tafazzoli, p. 193). Sogdian and other east-Iranian languages used a specialized terminology to describe arrows.....http://www.iranicaonline.org/articles/arrows-eastern-iran

".......at the Sibudu Cave in South Africa, led by Professor Lyn Wadley from the University of the Witwatersrand, researchers discovered the earliest direct evidence of human-made arrowheads: 64,000-year-old stone points which may have been shot from a bow. These had remnants of blood and bone, confirming their use in hunting.....".......http://en.wikipedia.org/wiki/Arrow