Perennialism & the Secular Vision of Shambhala

"The Perennial philosophy (Latin: philosophia perennis), also referred to as Perennialism, is a perspective in the philosophy of religion which views each of the world’s religious traditions as sharing a single, universal truth on which foundation all religious knowledge and doctrine has grown."

"In his version of Shambhala, Chogyam Trungpa chose the story that links its origins with the Buddha and a King named Dawo Sangpo, though at times he too referred to the Shambhala legend as older and more extensive than Buddhism. In this story, the king wanted the teachings, but he wanted to retain his kingly prerogatives - ministers, musicians, dancers, feasts, the arts, and so forth. The Buddha, according to this version, dismissed his monks and gave special teachings to King Dawo Sangpo based on enlightened "rulership." Whatever their origins, the teachings have remained a part of Tibetan legendary history, and Chogyam Trungpa was inspired to renew them in a form that could be used in the twentieth century......Consistent with the legends, the most important part of the Way of Shambhala, as Chogyam Trungpa presented it, is the vision of a society that could be created in this age with sane, intelligent, and gentle people. This vision is to be realized through the disciplined application of meditation practice to our daily life. Shambhala Training, which is the method of this way, is based on traditional Buddhist meditation practice. However, instead of exploring the origins of mind and the development of ego, as Buddhism does, Shambhala begins with our actual sensual existence in the ordinary phenomenal world. It sees this existence as permeated with good energy beyond the individual self and, at the same time, blocked and distorted by our neurotic relationships to ourselves and the world......Chogyam Trungpa sketched in the outlines of what a Shambhala culture means. “Shambhala is our way of life. The Shambhala principle is our way of life. Shambhala is the Central Asian kingdom that-developed in the countries of the Middle East, Russia, China, and Tibet altogether. The basic idea of Shambhala vision is that a sane society developed out of that culture, and we are trying to emulate that vision. That particular system broke down into the Taoist tradition and Bon tradition of Tibet, the Islamic tradition of the Middle East, and whatever tradition Russia might have. It has broken into various factions.......“What we are trying to present here is that there is a comprehensive philosophy and wisdom which is not necessarily that of the West or the East. We are trying to present the possibility that we can actually bring together out of those different factions the warrior tradition of basic goodness.”.......Shambhala the Path of the Warrior by William A. Gordon.......http://www.quietspaces.com/Shambhala/kingdom.html

"In the early 19th century this idea was popularised by the Transcendentalists. Towards the end of the 19th century the Theosophical Society further popularized the concept under the name of "Wisdom-Religion" or "Ancient Wisdom". In the 20th century it was popularized in the English-speaking world through Aldous Huxley's book The Perennial Philosophy as well as by the strands of thought which culminated in the New Age movement."

"Secularity (adjective form secular, from Latin saecularis meaning "worldly" or "temporal") is the state of being separate from religion, or not being exclusively allied with or against any particular religion.....From the 1970s to 1990s, Shambhala Training explained itself as “a secular path of meditation.” It was: explicitly non-Buddhist....not a religion; without dogmatic beliefs; compatible with atheism and secular humanism......compatible with any religion, including Christianity......Secular mindfulness meditation is commonplace now, but this was radical then. Shambhala was an opportunity to learn advanced Buddhist meditation techniques without having to buy into Buddhist beliefs and institutions. For me, and tens of thousands of others, that was hugely valuable.......Officially, Shambhala Training synthesized several spiritual traditions from around the world. In reality, its founder, Chögyam Trungpa Rinpoche, drew mainly on the specific, unusual Vajrayana system he learned in Tibet....Shambhala could be understood entirely naturalistically.".... David Chapman.....https:/meaningness.wordpress.com/2014/01/09/shambhala-training-was-secular-vajrayana/ 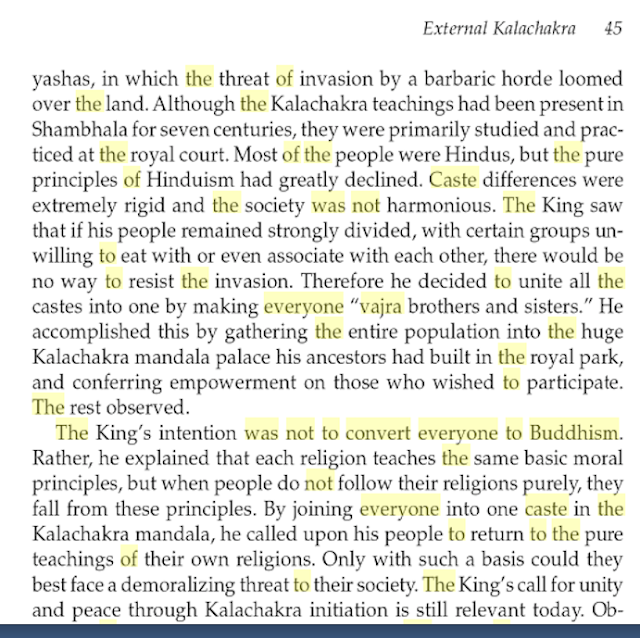 "Shahāb ad-Dīn" Yahya ibn Habash as-Suhrawardī (Persian: شهاب‌الدین سهروردی‎, also known as Sohrevardi) was a Persian philosopher, a Sufi and founder of Illuminationism, an important school in Islamic mysticism that drew upon Zoroastrian and Platonic ideas. The "light" in his "Philosophy of Illumination" is a divine and metaphysical source of knowledge. He is sometimes given the honorific title Shaikh al-ʿIshraq "Master of Illumination" and sometimes is called Shaikh al-Maqtul "the Murdered Master", referring to his execution for heresy. Mulla Sadra, the Persian sage of the Safavid era has termed Suhrawardi as "the Reviver of the Traces of the Pahlavi (Iranian) Sages", and Suhrawardi, in his magnum opus "The Philosophy of Illumination", thought of himself as a reviver or resuscitator of the ancient tradition of Persian wisdom.".....Ziai, H.(1997), “Al-Suhrawardi”, Encyclopaedia of Islam, 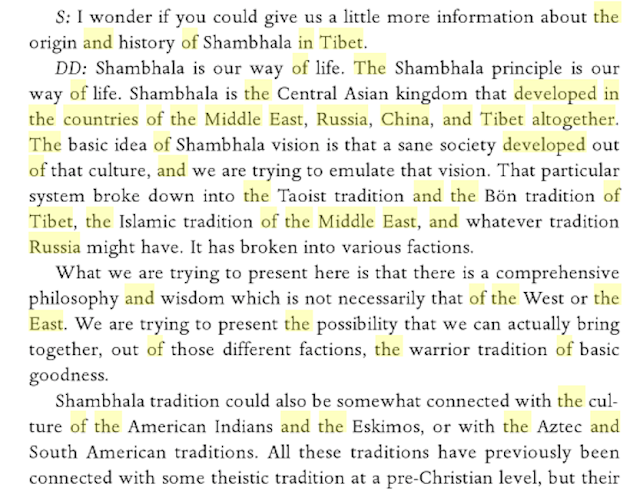 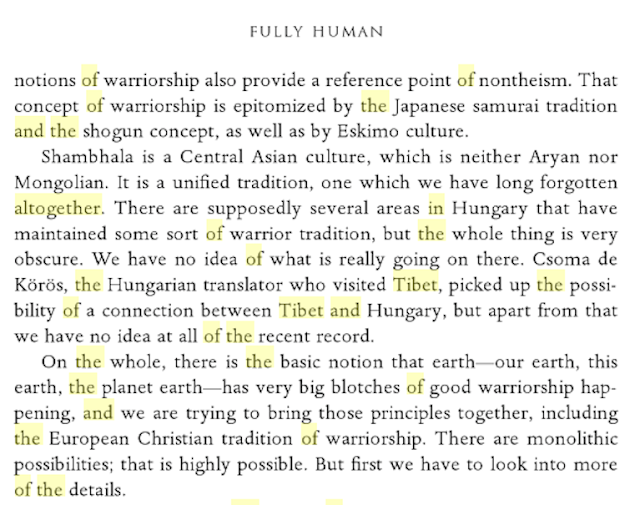 "Perennialism is a perspective within the philosophy of religion which views each of the world’s religious traditions as sharing a single, universal truth on which foundation all religious knowledge and doctrine has grown. According to this view, each world religion, including but not limited to Christianity, Islam, Judaism, Hinduism, Taoism, Confucianism, Shinto, Sikhism, and Buddhism, is an interpretation of this universal truth adapted to cater for the psychological, intellectual, and social needs of a given culture of a given period of history. The universal truth which lives at heart of each religion has been rediscovered in each epoch by saints, sages, prophets, and philosophers. These include not only the 'founders' of the world's great religions but also gifted and inspired mystics, theologians, and preachers who have revived already existing religions when they had fallen into empty platitudes and hollow ceremonialism......Perennialists argue that although the sacred scriptures of the world religions are undeniably diverse and often superficially oppose each other, one can discern a common doctrine regarding the ultimate purpose of human life. Typically this doctrine is posited as mystical insofar as it views the summum bonum of human life as an experiential union with the supreme being (sometimes perceived as an "energy" such as the universe) which can only be achieved by undertaking a programme of physical and mental 'purification' or 'improvement'.".....Charles Schmitt, Perennial Philosophy: From Agostino Steuco to Leibniz, Journal of the History of Ideas. P. 507, Vol. 27, No. 1, (Oct. – Dec. 1966)

"Perennialism may be contrasted with conventional religious orthodoxy or fundamentalism, which demarcates clear lines of truth and falsehood separating religions.....Orthodoxy (from Greek ὀρθός, orthos ("right", "true", "straight") and δόξα, doxa ("opinion" or "belief", related to dokein, "to think"),) is adherence to accepted norms, more specifically to creeds, especially in religion. In the Christian sense the term means "conforming to the Christian faith as represented in the creeds of the early Church"."

"Many perennialist thinkers (including Armstrong, Huston Smith and Joseph Campbell) are influenced by Hindu reformer Ram Mohan Roy and Hindu mystics Ramakrishna and Swami Vivekananda.,who themselves have taken over western notions of universalism. They regarded Hinduism to be a token of this Perennial Philosophy." .....King, Richard (2002), Orientalism and Religion: Post-Colonial Theory, India and "The Mystic East", Routledge

"Islam......From the beginning, Islam has considered itself to be the final flourishing of perennial wisdom before the “end of times”. The Qur'an is replete with references to earlier religious figures from the Jewish and Christian traditions, considering that Abraham, Moses, Jesus, Mary and other holy figures were always muslim (i.e. they submitted to god, and believed in one god only). The idea of a single religious truth is more apparent among the Sufi or mystical traditions of Islam, with parallelisms in the Judaeo-Christian and Hindu tradition, than it is among orthodox scholars, who recognise the Jewish and Christian truths, but by necessity reject all beliefs that seem contrary to Islam (such as the Trinity, the sonship of Christ, or the reality of the crucifixion). Some very vocal versions of Islam on the other hand (e.g. Salafism), reject in their entirety all other religious traditions, such as Hinduism and Buddhism.".... Classification of Knowledge in Islam by Dr. Osman Bakar, 1998