Shinto is one of Japan's most prestigious ancient religions, tracing back to around 500 BCE. The word Shinto is derived from the Chinese word "shin tao" meaning "The Way of Gods." 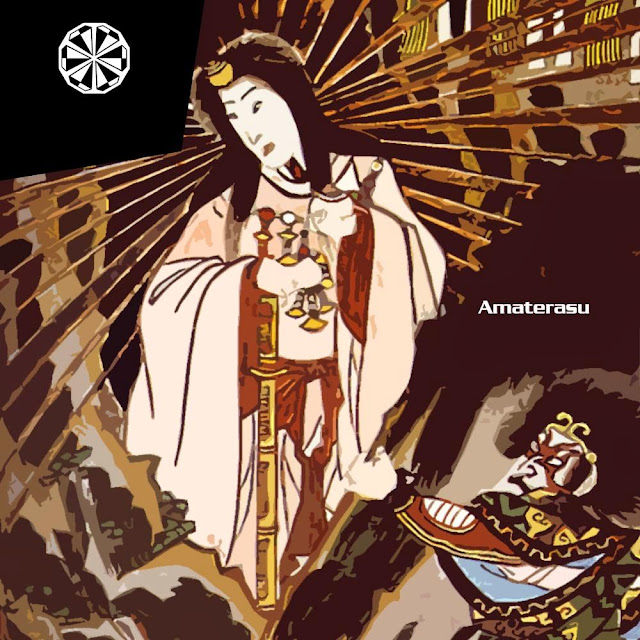 Chögyam Trungpa incorporated elements from numerous traditions into the Shambhala Path that he thought would be beneficial to practitioners: From Shinto, the pantheon of kami (gods and spirits), the Sacred Mirror, the Kami shrine at RMSC, and the Chinza-sai Ceremony......."Shambhala vision applies to people of any faith, not just people who believe in Buddhism… the Shambhala vision does not distinguish a Buddhist from a Catholic, a Protestant, a Jew, a Moslem, a Hindu. That’s why we call it the Shambhala kingdom. A kingdom should have lots of spiritual disciplines in it. That’s why we are here." (Great Eastern Sun, The Wisdom of Shambhala, p 133)

"The Kami are known to have created the universe, this is told in the Kojiki. Kami means 'god's although they are not like the traditional concepts Gods as in many monotheistic religions. The Kami include, Amaterasu (the Sun Goddess), Tsuki-yomi (The Moon God), Leech-child and Susano-o (Storm God). The Amaterasu shrine is located in Ise. "...http://shintoreligion.wikispaces.com/Shinto-Origins

"....drala - akin to kami or spirit conventionally, this also refers to the use of direct sense perceptions to overcome conceptual mental fixation....Trungpa, Chogyam. (1984) "Shambhala: Sacred Path of the Warrior". pp 103-115

" .....the intangible or "invisible world" (invisible to most of us) is densely populated as well, and among these beings, entities, or spirits are classes of beings, or qualities of being, called dralas. Katumblies, kachinas, kami, gnomes, elves, angels, gods. Any being who acts on behalf of the non-dualistic and compassionate nature of existence could be considered a drala. The dralas are not really part of some other world, but latent everywhere. The dralas, as Chögyam Trungpa so often said, want very much to meet us."......http://westernmountain.org/dralaprinciple.html

"Kojiki ("Record of Ancient Matters") is the oldest extant chronicle in Japan, dating from the early 8th century (711-712) and composed by Ō no Yasumaro... The Kojiki is a collection of myths concerning the origin of the Kami.....The Kamitsumaki section, also known as the Kamiyo no Maki ("Volume of the Age of the Gods"), includes the preface of the Kojiki, and is focused on the deities of creation and the births of various deities of the kamiyo period, or Age of the Gods".... http://en.wikipedia.org/wiki/Kojiki

"Kami (神?) is the Japanese word for an effigy, a principle and any supernatural being. For example, "idol" (偶像?), "mind" (心霊?), "spirit" (精神?), "God" (ゴッド?), and "supreme being" (至上者?).[1] It is also for the spirits, natural forces, and essence in the Shinto faith. Although the word is sometimes translated as "god" or "deity," some Shinto scholars argue that such a translation can cause a misunderstanding of the term. The wide variety of usage of the word can be compared to the Sanskrit Deva and the Hebrew Elohim, which also refer to God, gods, angels or spirits...In some instances, such as Izanagi-no-Mikoto and Izanami-no-Mikoto, kami are personified deities, similar to the gods of ancient Greece or Rome. In other cases, such as those concerning the phenomenon of natural emanation, kami are the spirits dwelling in trees, or forces of nature." 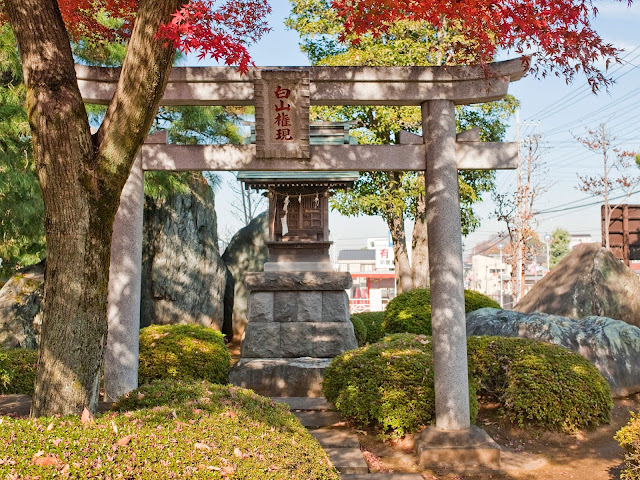 "A kachina (/kəˈtʃiːnə/; also katchina, katcina, or katsina; Hopi: katsina /kətˈsiːnə/, plural katsinim /kətˈsiːnɨm/) is a spirit being in western Pueblo cosmology and religious practices. The western Pueblo, Native American cultures located in the southwestern United States, include Hopi, Zuni, Tewa Village (on the Hopi Reservation), Acoma Pueblo, and Laguna Pueblo. .....The local pantheon of kachinas varies in each pueblo community; there may be kachinas for the sun, stars, thunderstorms, wind, corn, insects, and many other concepts. Kachinas are understood as having humanlike relationships; they may have uncles, sisters, and grandmothers, and may marry and have children. Although not worshipped, each is viewed as a powerful being who, if given veneration and respect, can use their particular power for human good, bringing rainfall, healing, fertility, or protection...".... Barton, Wright (2008). "Hopi Kachinas: A Life Force".

"Chinza-sai...... 'Pacify-seat ceremony'. A ceremony to enshrine, or re-enshrine after some interruption, the kami. Like senza-sai these rites are solemn, surrounded by taboos (imi) and performed in an atmosphere of mystery and awe, often in darkness.....the "Senza Sai" or ceremony of moving the Deities was performed....the Goshintai (sacred objects) were placed in a Mitamaya (special purified container) and transported..... then at Midnight on May 17th the "Chinzasai" (enshrining ceremony) was done by the light of a single candle...after the Misogi (purification ritual) done just before midnight in the mountain river flowing through the shrine grounds."....http://www.csuchico.edu/~gwilliams/tsa/

"The Shintō pantheon of kami 神 (spirits) includes countless deities and innumerable supernatural creatures. The term KAMI can refer to gods, goddesses, ancestors, and all variety of spirits that inhabit the water, rocks, trees, grass, and other natural objects. These objects are not symbols of the spirits. Rather, they are the abodes in which the spirits reside. The abode of the kami is considered sacred and is usually encircled with a shimenawa (rope festooned with sacred white paper). The Japanese believe this world is inhabited by these myriad kami -- spirits that can do either good or evil. These spirits are constantly increasing in number, as expressed in the Japanese phrase Yaoyorozu no Kami 八百万神 -- literally "the eight million kami." .....Kami are not necessarily benevolent."......http://www.onmarkproductions.com/html/shinto-deities.html