"Shinto ("the way of the Kami") is the name of the formal state religion of Japan that was first used in the 6th century C.E., although the roots of the religion go back to at least the 6th century B.C.E. Shinto has no founder, no official sacred texts, and no formalized system of doctrine. Shinto has been formative in developing uniquely Japanese attitudes and sensitivities, creating a distinct Japanese consciousness. Belief in kami—sacred or divine beings, although also understood to be spiritual essences—is one of the foundations of Shinto. Shinto understands that the kami not only exist as spiritual beings, but also in nature; they are within mountains, trees, rivers, and even geographical regions. In this sense, the kami are not like the all-powerful divine beings found in Western religion, but the abstract creative forces in nature. Related to the kami is the understanding that the Shinto followers are supposed to live in harmony and peaceful coexistence with both nature and other human beings. This has enabled Shinto to exist in harmony with other religious traditions. As the foundation for Japanese culture, Shinto has also played a significant role in the political realm. For centuries, Shinto religious festivals and ceremonies have become indistinguishable from the affairs of the government."....http://www.patheos.com/Library/Shinto.html

Salvation is a foreign idea in Shinto...When you look into the mirror you know who you are more deeply. Knowing is important. Deeper knowledge is important." (Yamamoto Negi of the Tsubaki Grand Shrine at RMSC in 1992)....

"In Shinto, the ceremonies connecting with summoning anew the spirit of a deity are called 'chinza-sai'. They are usually ceremonies of mysterious grandeur carried on with the utmost solemnity during the darkness."...(Jinja: 1958...pg)...Chinza-sai 'Pacify-seat ceremony'. A ceremony to enshrine, or re-enshrine after some interruption, the kami. Like senza-sai these rites are solemn, surrounded by taboos (imi) and performed in an atmosphere of mystery and awe, often in darkness....The Jichinsai ceremony is a Shinto ritual intended to calm the kami (god) of the earth whenever a new building or other construction begins. It was/is believed that without going through the protocol of requesting permission from the earth kami, any building constructed would anger the kami and lead to it's destruction. 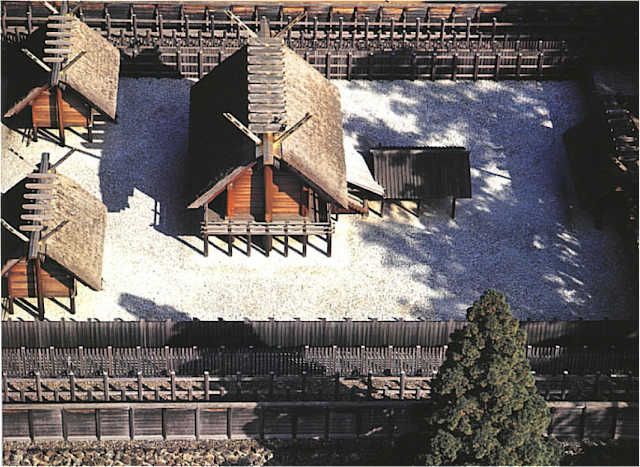 
"drala - akin to kami or spirit conventionally, this also refers to the use of direct sense perceptions to overcome conceptual mental fixation." (http://en.wikipedia.org/wiki/Shambhala_Training)

Kami (神?) is the Japanese word for the divinity; the supreme being... It is also for the spirits, natural forces, and essence in the Shinto faith. Although the word is sometimes translated as "god" or "deity," some Shinto scholars argue that such a translation can cause a misunderstanding of the term. The wide variety of usage of the word can be compared to the Sanskrit Deva and the Hebrew Elohim, which also refer to God, gods, angels or spirits. In some instances, such as Izanagi-no-Mikoto and Izanami-no-Mikoto, kami are personified deities, similar to the gods of ancient Greece or Rome. In other cases, such as those concerning the phenomenon of natural emanation, kami are the spirits dwelling in trees, or forces of nature.

The Shambhala Mountain Center has the Amaterasu Omi Kami Shrine, which honors the principal life-affirming deity in the Shinto tradition...Amaterasu is a major deity of the Shinto religion. She is the goddess of the sun, but also of the universe. The name Amaterasu derived from Amateru meaning "shining in heaven." The meaning of her whole name, Amaterasu-ōmikami, is "the great august kami (Gama or God) who shines in the heaven"

Ise Grand Shrine (伊勢神宮 Ise Jingū?) is a Shinto shrine dedicated to goddess Amaterasu-ōmikami, located in the city of Ise in Mie prefecture, Japan. The Inner Shrine, Naikū (also officially known as "Kotai Jingū"), is located in the town of Uji-tachi, south of central Ise City, and is dedicated to the worship of Amaterasu-ōmikami. Purportedly the home of the Sacred Mirror, the shrine is arguably one of Shinto's holiest and most important sites. Access to both sites is strictly limited, with the common public allowed to see little more than the thatched roofs of the central structures, hidden behind four tall wooden fences. The high priest or priestess of Ise Shrine must come from the Japanese imperial family, and is responsible for watching over the Shrine. Besides the traditional establishment date of 4 BC, other dates of the 3rd and 5th centuries have been put forward for the establishment of Naikū and Gekū respectively.The shrine buildings at Naikū and Gekū, as well as the Uji Bridge, are rebuilt every 20 years as a part of the Shinto belief of the death and renewal of nature and the impermanence of all things — wabi-sabi ...Yata no Kagami (八咫鏡?) is a sacred mirror that is part of the Imperial Regalia of Japan. It is said to be housed in Ise Shrine in Mie prefecture, Japan....

Located on a pristine 25 acre site near Seattle, WA, Tsubaki Grand Shrine of America is the traditional Jinja Shinto Shrine and the direct North American branch of Tsubaki O Kami Yashiro in Mie Prefecture one of the oldest and most prestigious shrines in Japan with a history of over 2000 years.

SHINTO...."Being saved is a foreign idea in Japan...When you look into the mirror you know who you are deeper." (Yamamoto Negi of the Tsubaki Grand Shrine at RMSC in 1992)

In the Meiji Restoration of 1868....Shinto and Buddhism were separated by decree ....Buddhist effigies were ordered to be removed from Shinto shrines and all traces of Buddhism were purged from the imperial household.

Shinto is a polytheistic religion, venerating a vast pantheon of kami (gods or spirits) which range from the local deities of mountains or streams to the sun goddess Amaterasu. Natural phenomena and particular places are personified as kami, dead statesmen or other notables could be deified as kami, families or craft traditions revered their forefathers as kami, the reigning emperor was long regarded as a living kami.

"After the Meiji Imperial Restoration of 1868, the new government purged Shinto of Buddhist elements, or ordered to clearly segregate Buddhism from Shinto."

1868......The radicals who overthrew the Tokugawa shogunate in the Meiji Restoration of 1868 took Fukko Shinto as their ideology, and this became the new government's state creed. Shinto and Buddhism were separated by decree in 1868: Buddhist effigies were ordered to be removed from Shinto shrines and all traces of Buddhism were purged from the imperial household. Priests were made state employees, and the Ministry of Religion laid down detailed instructions on doctrine and ritual in a new system termed State Shinto.This concentrated on the more important shrines; folk Shinto practices were mostly left unmolested and various fringe Shinto movements dating from the Edo period were allowed to continue under the rubric Sect Shinto.

Shinto is a polytheistic religion, venerating a vast pantheon of kami (gods or spirits) which range from the local deities of mountains or streams to the sun goddess Amaterasu. Natural phenomena and particular places are personified as kami, dead statesmen or other notables could be deified as kami, families or craft traditions revered their forefathers as kami, the reigning emperor was long regarded as a living kami. A kami could loosely be termed the "spirit" of virtually any aspect of existence possessing its own discrete identity and vital force (tama). Japan is traditionally known as "the land of 8 million kami". The practice of Shinto consists chiefly of worshipping, propitiating, and otherwise dealing with the kami.

Shinto first arose in a preliterate culture as a religion of practice rather than creed, and practice remains fundamental to it. Two types of practice predominate: honouring the kami through prayer and offerings, and averting their wrath by cleansing oneself of impurity.