Shambhala in the Mahabharata (500 BC)

The Buddhist myth of Shambhala is an adaptation of the earlier Hindu myth of Kalki of Sambhala found in the Mahabharata and the Puranas. The Buddhist version may be a mythologization of an actual culture, whose geographical location can be found either in Central or Far Eastern Asia 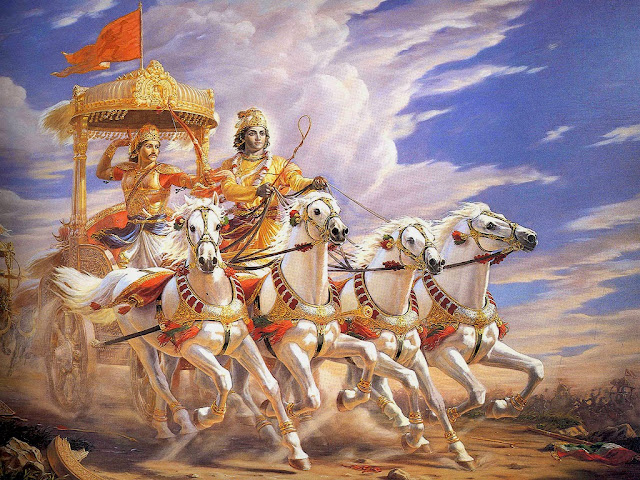 "The Mahabharata and Ramayana are the national epics of India. They are probably the longest poems in any language. The Mahabharata, attributed to the sage Vyasa, was written down from 540 to 300 B.C. The Mahabharata tells the legends of the Bharatas, a Vedic Aryan group. The Ramayana, attributed to the poet Valmiki, was written down during the first century A.D., although it is based on oral traditions that go back six or seven centuries earlier. The Ramayana is a moving love story with moral and spiritual themes that has deep appeal in India to this day."....http://www.sacred-texts.com/hin/index.htm#puranas

OXUS...."The Oxus in Sanskrit (Vaksu) occurs in the Mahabharata and Kalidasa." (Burrow: 1973...pg 126)...The Amu Darya (Persian: آمودریا‎, Āmūdaryā; Uzbek: Amudaryo; Tajik: Амударё; Turkmen: Amyderýa), also called Amu River (Pashto: د آمو سيند‎, da Āmú Sínd; Chinese: 阿姆河; pinyin: Āmǔ hé), is a major river in Central Asia. It is formed by the junction of the Vakhsh and Panj rivers. In ancient times, the river was regarded as the boundary between Ariana and Turan......In antiquity, the river was known by the Sanskrit name Vaksu, which now survives in Vakhsh, a tributary of the river.....

The Mahabharata (Sanskrit Mahābhārata महाभारत, IPA: [məɦaːˈbʱaːrət̪ə]) is one of the two major Sanskrit epics of ancient India, the other being the Ramayana..... The oldest preserved parts of the text are not thought to be appreciably older than around 400 BCE, though the origins of the story probably fall between the 8th and 9th centuries BCE..The Mahabharata is the longest Sanskrit epic. Its longest version consists of over 100,000 shloka. About 1.8 million words in total, the Mahabharata is roughly ten times the length of the Iliad and Odyssey combined.

"In Kaliyuga, temples, brahmin houses, Ashrams will be abandoned. Drunkenness and debauchery will be at its highest peak. Students will never care for the teachers. Teacher will cheat his student. Relatives will never respect each other. There will be draught everywhere. People will be stricken with fear. Dharma will be destroyed. Adharma will flourish. In this manner, Kaliyuga will come to an end. At that time, in a village called Sambala, Kalki will born in the name of Vishnu Yasa. He will learn all Vedas and Sastras and he will become the King and Emperor. He will kill all bad characters and will instal dharma. He will perform Asvamedha Yaga." (http://www.telugubhakti.com/telugupages/monthly/mahabharat/content304b.htm)

Bahlikas as mlechcha kings in Kali Yuga......The Bahlikas have been equated to Mlechchas in the later Brahmanical literature. There is a distinct prophetic statement in the Mahabharata that the mlechcha kings of Sakas, Yavanas, Kambojas, Bahlikas etc. will rule unrighteously in Kali yuga. (3.188.34-36).

Bahlika horses in Mahabharata......Like Kamboja, Bahlika region was famous for its horses. They were used by kings in wars. Vasudeva Krishna gave Arjuna hundreds of thousands of draft horses from the country of the Balhikas as his sister, Subhadra’s excellent dower. Shikhandin's son Kshatradeva used steeds from Balhika in the Kurukshetra war. Bahlika breed of horses were one among the type of horses employed in Kurukshetra war. Many steeds of the Vanayu, the hilly, the Kamboja, and the Balhika breeds, with tails and ears and eyes motionless and fixed, possessed of great speed, well-trained, and ridden by accomplished warriors armed with swords and lances, were seen. Bhagiratha gave away a hundred thousand horses of the Balhika breed, all white of complexion, adorned with garlands of gold. . Dhritarashtra wished to give sixteen cars made of gold, each drawn by four excellent and well-adorned steeds of uniform colour and of the Bahlika breed to Vasudeva Krishna who came to talk to him on behalf of the Pandavas .

"Kali Yuga (Devanāgarī: कलियुग [kəli juɡə], lit. "age of [the demon] Kali", or "age of vice") is the last of the four stages the world goes through as part of the cycle of yugas described in the Indian scriptures. The other ages are Satya Yuga, Treta Yuga and Dvapara Yuga.....The Mahabharata War and the decimation of Yadavas thus happened at the Yuga-Sandhi i.e. the joint of the two yugas.....The scriptures mention Sage Narada to have momentarily intercepted the demon Kali on his way to the Earth when Duryodhana was about to be born...to make him an embodiment of 'arishadvargas' and adharma in preparation of the era of decay in values and the consequent havoc....The duration and chronological starting point in human history of Kali Yuga has given rise to different evaluations and interpretations. According to the Surya Siddhanta, Kali Yuga began at midnight (00:00) on 18 February 3102 BCE[1] in the proleptic Julian calendar, or 14 January 3102 BC in the proleptic Gregorian calendar. This date is also considered by many Hindus to be the day that Krishna left Earth to return to his abode....Most interpreters of Hindu scriptures believe that Earth is currently in Kali Yuga.".....http://en.wikipedia.org/wiki/Kali_Yuga