FRAVASHIS......"A class of higher intelligence that are ancient Persian guardian warrior spirits. The 19th day of every month is consecrated to them. King Phraortes' (647 BC) Persian name is derived from the term."(Dhalla:1963..pg 235)..... "Hence Finite Time and Finite Space control man's destiny from the cradle to the grave. Yet the whole of the macrocosm is kept in being by the Fravashis (Dralas ?), the spiritual powers that are indissolubly linked with each human being and with humanity as a whole. Finite time-space, then, is not a kenoma, an empty nothingness, but a pleroma, a 'full' and vital organism...."...(Zaehner..1961..pg 150)... 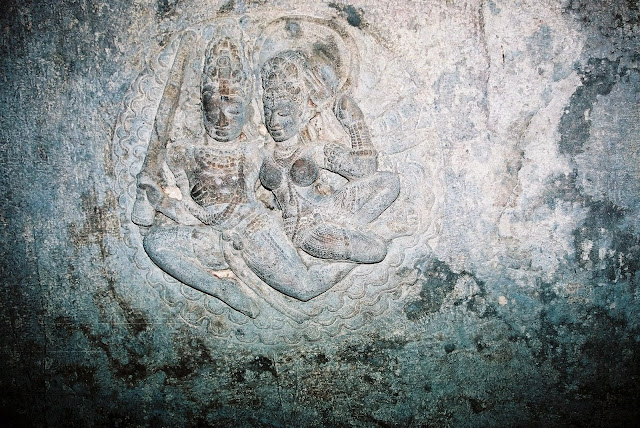 ZHIDAG....."Tibetan Buddhists believe that there are countless types of beings other than humans and animals. Some are more powerful, happier, and more intelligent than humans, and others less so. Usually if there is no common karma or karmic connection, beings of different types will not encounter each other. Spirits are not necessarily births of the ancestors from a particular locality, but may have come from any kind of birth or realm." (Hidden Teachings of Tibet)

"The encircling walls of the royal city had an array of colors. Orange for the fiery morning asman, blue for the noonday asman, scarlet for the earth fires of the evening asman, and white for the water of the all-encompassing sea, called the Wide Kasa in the Avesta. These are similar for the robe of warriorhood and sovereignty described in the Greater Bundahism and Denkart. The robe is the sky palace of self-moving (mainyu) substance, which is both mansion and garment of the sky gods. The warriors often wear a military cloak and are sometimes armed with shields and bows and arrows, as on the Capsua fresco." .....Mithraic iconography.....pg 98

In ancient Rome, the genius (plural in Latin genii, Arabic jinn) was the guiding spirit or tutelary deity of a person, family (gens), or place (genius loci). The noun is related to the Latin verb gigno, genui, genitus, "to bring into being, create, produce." Because the achievements of exceptional individuals seemed to indicate the presence of a particularly powerful genius, by the time of Augustus the word began to acquire its secondary meaning of "inspiration, talent."

GANDHARVAS....."The gandharvas (Sanskrit: गन्धर्व, gandharva, Kannada, Tamil:கந்தர்வர், Telugu) are male nature spirits, husbands of the Apsaras. Some are part animal, usually a bird or horse. They have superb musical skills. They guarded the Soma and made beautiful music for the gods in their palaces. A gandharva means a singer in the court of Gods...Gandharvas are mentioned extensively in the epic Mahabharata as associated with the devas (as dancers and singers) and with the yakshas, as formidable warriors.Gandharvas can fly through the air, and are known for their skill as musicians. They are connected with trees and flowers, and are described as dwelling in the scents of bark, sap, and blossom. They are among the beings of the wilderness that might disturb a monk meditating alone.."...http://en.wikipedia.org/wiki/Gandharva