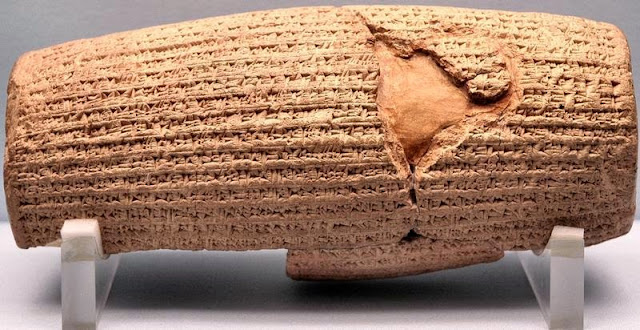 “The Cyrus Cylinder (Persian: منشور کوروش‎) is an ancient clay cylinder, now broken into several fragments, on which is written a declaration in Akkadian cuneiform script in the name of the Persia's Achaemenid king Cyrus the Great. It dates from the 6th century BC and was discovered in the ruins of Babylon in Mesopotamia (modern Iraq) in 1879. It is currently in the possession of the British Museum, which sponsored the expedition that discovered the cylinder. It was created and used as a foundation deposit following the Persian conquest of Babylon in 539 BC, when the Neo-Babylonian Empire was invaded by Cyrus and incorporated into his Persian Empire. The text on the Cylinder praises Cyrus, sets out his genealogy and portrays him as a king from a line of kings. The Babylonian king Nabonidus, who was defeated and deposed by Cyrus, is denounced as an impious oppressor of the people of Babylonia and his low-born origins are implicitly contrasted to Cyrus's kingly heritage. The victorious Cyrus is portrayed as having been chosen by the chief Babylonian god Marduk to restore peace and order to the Babylonians. The text states that Cyrus was welcomed by the people of Babylon as their new ruler and entered the city in peace. It appeals to Marduk to protect and help Cyrus and his son Cambyses. It extols Cyrus as a benefactor of the citizens of Babylonia who improved their lives, repatriated displaced people and restored temples and cult sanctuaries across Mesopotamia and elsewhere in the region. It concludes with a description of how Cyrus repaired the city wall of Babylon and found a similar inscription placed there by an earlier king.”

Cyrus the Great…..”Cyrus II of Persia (Old Persian: KUURUUSHA….. Kūruš; New Persian: کوروش بزرگ c. 600 BC or 576 BC–530 BC), also known as Cyrus the Elder, was the founder of the Achaemenid Empire. Under his rule, the empire embraced all the previous civilized states of the ancient Near East, expanded vastly and eventually conquered most of Southwest Asia and much of Central Asia and the Caucasus. From the Mediterranean Sea and Hellespont in the west to the Indus River in the east, Cyrus the Great created the largest empire the world had yet seen. His regal titles in full were The Great King, King of Persia, King of Anshan, King of Media, King of Babylon, King of Sumer and Akkad, and King of the Four Corners of the World. He also proclaimed what has been identified by scholars and archaeologists to be the oldest known declaration of human rights, which was transcribed onto the Cyrus Cylinder sometime between 539 and 530 BC.” 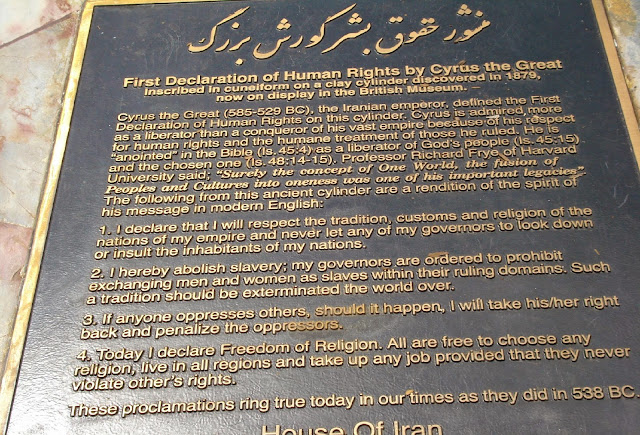 “The Education of Cyrus (c. 365 BCE) is a narrative composed by Xenophon the Athenian, treating the life of the first king of the Persian Empire, Cyrus “the Great” (c. 600-530 BCE, more here), from his youth in the Persian educational system (agôgê) to his conquest of Babylon and establishment of one of the ancient world’s first large empires. Many throughout history have been interested in the Education of Cyrus, including Alexander “the Great”, the Roman general Scipio Africanus, Cicero, Machiavelli, Philip Sidney, and Thomas Jefferson, as well as several modern political scientists. In the past thirty years the work has seen a resurgence of scholarly interest, whether it is read as a handbook on leadership, a proto-novel, a relic of Achaemenid (early Persian) culture and Iranian folklore, a quasi-biography or history, a military treatise, an exploration of the emotions (e.g., romantic love, envy), or a philosophical engagement with many of the questions of childhood education, human psychology, justice, and the ideal society that were familiar to Athenians of the early fourth century like Plato and Isocrates.”……http://www.cyropaedia.org 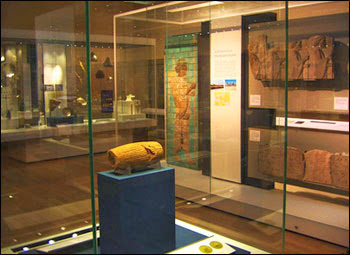 “Xenophon’s Cyropaedia, the inspiration for US Constitution…..The Cyropaedia is a biography written in the early 4th century BCE by the Athenian Soldier Xenophon. The Latinized title of Cyropaedia derives from Greek Kúrou paideía (Κύρου παιδεία), meaning "The Teaching of Cyrus”…..Praised by the Bible, the Cyropaedia, and John Locke - their three most influential sources - America's Founding Fathers broke with tradition and adopted Cyrus's model of 'Benevolent Government' for their new nation, as it was the only alternative to Machiavelli's theory that "It is Better To Be Feared Than Loved.”….Cyrus's notions of human rights influenced the US Constitution. Many of the Founding Fathers of the United States of America sought inspiration from the Cyropaedia, and Thomas Jefferson had two personal copies of the book, " which was a mandatory read for statesmen. “ 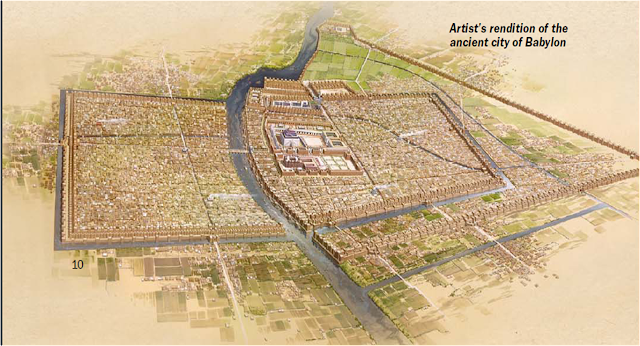 “The Cyrus cylinder was discovered in the ruins of Babylon in March 1879…..Discovery of the Cyrus Cylinder in Babylon … The Babylon excavation site. The Cyrus cylinder was found in the site marked E, the tell or mound of Amran which was later named the Esagila, the Marduk Temple complex.”

“Hormuzd Rassam - ….The person often credited with the discovery of the Cyrus Cylinder in 1879 is a man named Hormuzd Rassam. Rassam lived from 1826 to 1910. His native town Mosul - the city that gave its name to the muslin cloth - lies on the east bank of the upper Tigris River in Northern Iraq, on the frontier of Kurdish lands, and 18 km south of the ancient Assyrian capital Nineveh's ruins.”

“Akkadian cuneiform script …..Akkadian was a language spoken in Mesopotamia (modern Iraq and Syria) between about 2,800 BC and 500 AD. It was named after the city of Akkad and first appeared in Sumerian texts dating from 2,800 BC in the form of Akkadian names….A large corpus of Akkadian texts and text fragments numbering hundreds of thousands has been excavated. They include mythology, legal and scientific texts, correspondence and so on. During the 2nd millenium BC the Akkadian language developed into two variants, Assyrian and Babylonian, in Assyria and Babylon….Akkadian became the lingua franca of the ancient Near East, but started to be replaced by Aramaic by the 8th century BC. After that it continued to be used mainly by scholars and priests and the last known example of written Akkadian dates from the 1st century AD.” 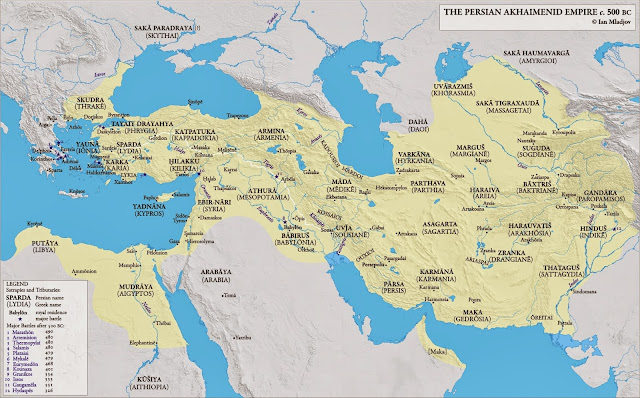 “This very sophisticated description of Olmo Lungring has been tentatively related by some scholars to different geographical locations…… To some scholars the description seems to resemble the geography of the Middle East and Persia in the time of Cyrus the Great.”…..http://bon-encyclopedia.wikispaces.com/bon+overview