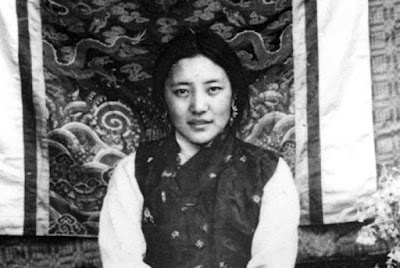 "The wife of Jamyang Khyentse Chökyi Lodrö, an eminent Rimé master, she was universally regarded as one of the supremely realized female Buddhist practitioners of our time. Tibetans called her a "hidden master" because throughout her life she refused to preach with words, yet she taught by her sheer presence, beauty and example. Dilgo Khyentse Rinpoche revered her as "the queen of dakinis". Khandro-la was born in a small village in East Tibet around 1929 into an ancient Tibetan family. Her mother was Dechen Tso, a princess of Ling, who was married to the two Lakar brothers Tutob Namgyal and Sonam Tobgyal.... She became Jamyang Khyentse's spiritual wife in 1948, at a time when he was in poor health and many of his disciples were urging him to take a consort to prolong his life.....After fleeing Tibet in 1956 and losing her husband in 1959, she devoted her time to prayer and meditation." 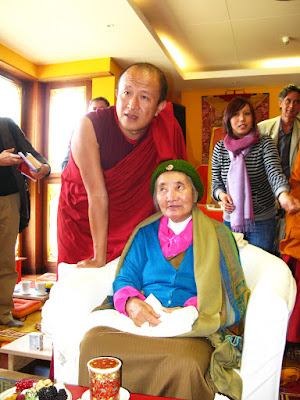 According to Dzongsar Ngari Tulku (Tenzin Khedrup Gyatso), on one occasion [c.1952], when Jamyang Khyentse Chökyi Lodrö was opening the sacred place of Gyalgen Khyungtak, above Dzongsar Monastery, Jamyang Khyentse, Gyarong Khandro, Khandro Tsering Chödrön and Sogyal Rinpoche all left their handprints in the solid rock. 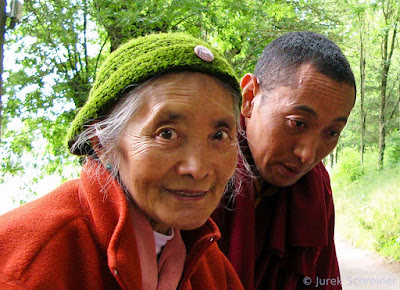 She travelled from Sikkim to Europe and America several times.... On 5th of December 2006, near the beginning of Rigpa's first three-year retreat, Khandro Tsering Chödrön took residence in Lerab Ling, located near Montpellier in southern France. 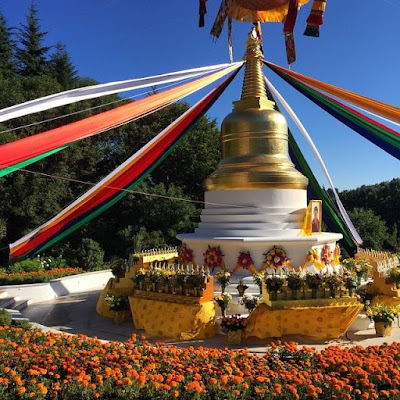 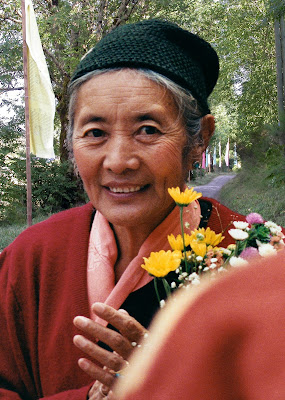 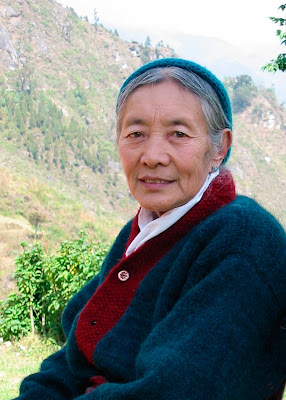 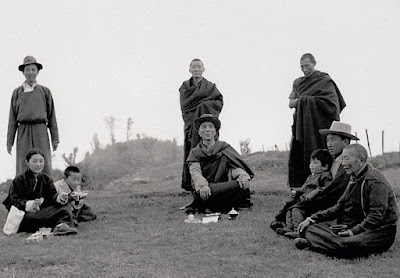 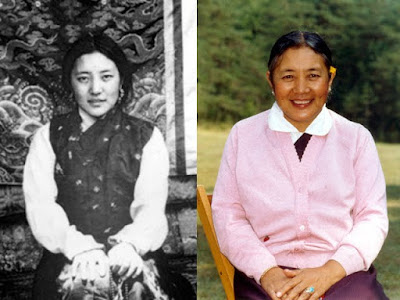 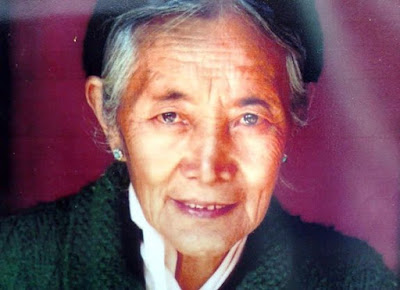 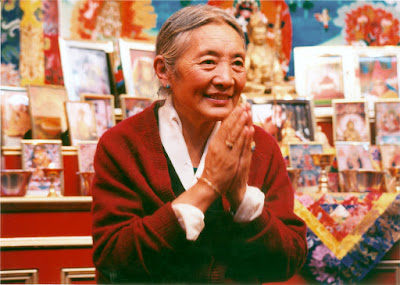 Posted by OkarReview at 2:18 AM