Shambala References in "A Grammar of the Tibetan Language" ... Calcutta, India 1834 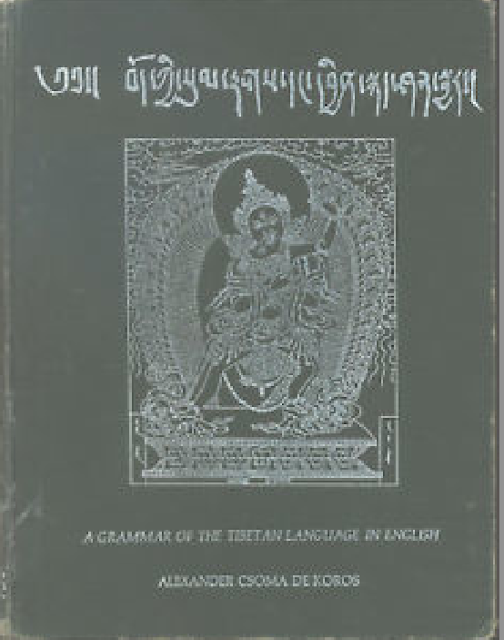 "On page 193, of his Grammar, Alexander Csoma has the following passage: — " The Kala Chakra doctrine of Adi Buddha was delivered by Sha'kya, in his 80th year, at Shri Dhanya kataka upon the request of Chandra Bhadra, (or Soma Bhadra?) a king of Shambha la, a fabulous country or city in the north beyond the Jaxartes who in his 99th year visited S'akya there. Upon his return home, he compiled the Mula Tantra, in accordance with what he had heard from S'akya, and two years afterwards he died.

Shri Dhanya kataka?......
The Kola Chakra doctrine of Adibuddha was delivered by Sha'kta, in his 80th year, at Shri Dhanya kataka, (Cattak in Orissa.) called in Tib. dPal-ldan...A grammar of the Tibetan language, in English...Sándor Kőrösi Csoma - 1834
While staying at the caitya of Sri Dhanya kataka (Guntur District, Madras)....The Blue Annals.... George Roerich
Nalanda was not the only centre of the learning of the age. There was another celebrated university at Sri Dhanya Kataka on the River Krisna....The Dawn and Dawn Society's Magazine, Volume 11
Cuttack (or Kataka) in Orissa....was founded by King Nrupa Keshari in 989 AD.....1800 years after the Kalachakra was taught to the King of Shambhala.

"This work is the source of all the subsequent voluminous compilations, increased modifica- tions and interpolations..... In the Mula Tantra, Sha'kya foretells to Dazang 25 kings, who will successively reign at S'ambhala, each for 100 years. The six first of them are called Dharma Rajas (Religious King) and the others are styled Rigs-iden, Kulika, 'the Noble of Illustrious' ....He foretells also that after 600 years from that date Rigs-Idan Grags-pa, Kulika Kirti ('the celebrated noble one' (the Epiphanes of the Greeks ?) will succeed to the throne of Shambhala, and that 800 years afterwards, the kla klo, Lalo Sanskrit: Mleccha) or Muhamadan religion will rise at Makha (Mecca)...." 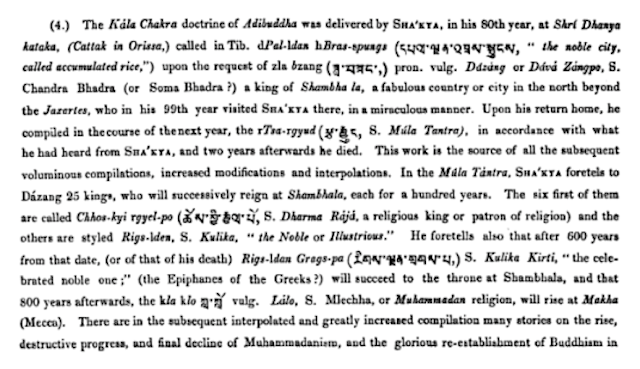 "There are in the subsequent interpolated and greatly increased compilation many stories on the rise, destructive progress, and the final decline of Muhammadanism, and the glorious re-establishment of Buddhism in the north....It would be interesting to ascertain how the doctrine taught at Cattack in Orissa was brought beyond the Jaxartes to Shambhala, or what reason the Buddhist had for inventing this story.....Since in the Mula Tantra, Shakya explicitly declares ...that the Rigsden Gragspa will be of his own Shakya race, and of the nation of Dazang, the natural interpretation is that they were both of the Scythian nation, or of the Sacae of the ancients...."

"Called the Oxus River, by the Greeks, the Amu Darya is the longest river in Southwest Asia. In ancient times it was said to flow into the Aral or the Caspian Sea from the Pamir Mountains of Central Asia. The area between the Oxus and Jaxartes (Syr Darya) rivers was known by the Latin name of Transoxiana, in antiquity. As a Persian satrapy, Transoxiana, located along the northern routes of the Silk Road, was known by the name Sogdiana."

"Orissa & Cuttack (or Kataka) was founded by King Nrupa Keshari in 989 AD. King Marakata Keshari built the stone revetment on the left bank of the Kathajodi in 1006 AD....The name of the city is an anglicized form of Katak which literally means The Fort....Cuttack which is one of the oldest cities of India and the capital city of Orissa for almost nine centuries was built as a military cantonment in 989 A.D. by the king of Nrupa Keshari as stated by the distinguished historian Stirling.....The earliest written history of Cuttack may go back to the Keshari dynasty.As stated by the distinguished historian Andrew Stirling, present-day Cuttack was established as a military cantonment by king Nrupa Keshari of Keshari dynasty in 989 CE." 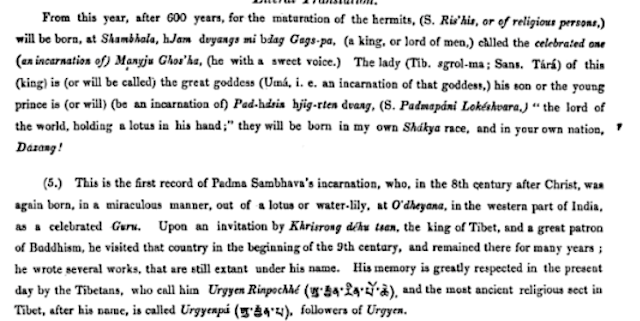 Referring to SamudraVijaya, Alexander Csoma in a footnote remarked : "This pretended King's arrival at Shambhala in 622 A.D., has some coincidence with Yazifgird, the Persian King's taking refuge in the same country; for it is affirmed, that this prince, upon the fall of Seleucia, and the conquest of Persia by the Arabs, in 686, retired to Trans-Oxiana or Ferghana"......http://archive.org/stream/grammaroftibetan00dass/grammaroftibetan00dass_djvu.txt

".....according to tho Kala chakra....at the rise of the Muhamjdan religion at Mecci z'.e., in 632 A. D. If 403 be added to 632, the first year of the Ilcjira, the year 1025 A.D., is obtained. With the year called Prajhaua in which S'akya is believed to have been born, the date of introduction of the Tibetan Rihjoong GyoXo begins. Tibetan historians affirm that Kala chakra Tantras and the Vrihispati cycle were brought from Kashmir by an Indian Buddhist named Tsi-lu Pandita. At this time the Mahayana Buddhism greatly flourished in that country. The Avadana Kalpalata gives abundant testimony on that point. A list of terms taken from Alex. Csoma's Grammar, is here attached. They may help the reader ia his studies of Tibetan works on Astronomy, Astrology and Chronology. ".....http://archive.org/stream/grammaroftibetan00dass/grammaroftibetan00dass_djvu.txt

The Kālacakratantra is one of the last great tantric traditions to arise in India. Although many scholars place its roots in eleventh century, the traditional account of this tantra’s origins traces its beginnings to the historical Buddha.

Newman, John. "Buddhist Sanskrit in the Kàlacakra Tantra." The Journal of the International Association of Buddhist Studies 11 (1988): 123-40. In this article, Newman argues that the “corrupt” Sanskrit grammar in the Kālacakratantra was not the result of inept authors but rather served a pedagogical purpose

Newman, John."Islam in the Kàlacakra Tantra." The Journal of the International Association of Buddhist Studies 21 (1998): 311-71.....This article examines how the Kālacakratantra was in part a historical response to the Islamic invasions of 11th century India.

Gronbold, Gunter. "The date of the Buddha according to Kalacakra mythology." Indian Journal of Buddhist Studies 6.1-2 (1994) 7-14.

Wallace, Vesna. The Inner Kalacakratantra: A Buddhist Tantric View of the Individual. New York : Oxford University Press, 2001. In this interpretative work, Vesna Wallace frames the Kālacakratantra within the greater social and Buddhist ideological framework of eleventh century India. She approaches the text of the tantra from four interpretative angles all revolving around the concept of the "body." These subsections are the Cosmic Body, the Social Body, the Gnostic Body, the Transformative Body.