"The Kāraṇḍavyūha Sūtra is a Mahayana sūtra which extols the virtues and powers of the great Bodhisattva Avalokiteśvara, and which is particularly notable for introducing the mantra Om mani padme hum into the sūtra tradition.....The Karandavyuha Sutra was compiled at the end of the 4th century or beginning of the 5th c. AD.....According to a Tibetan legendary tradition, the text of Kāraṇḍavyūhasūtra arrived in a casket from the sky unto the roof of the palace of the 28th king of Tibet, Lha Thothori Nyantsen who died in 650 C.E., in southern Tibet. This coincides with one version of dating of the Kāraṇḍavyūhasūtra, somewhere in the 4th or perhaps early 5th century, however it seems more likely that the sutra has originated in Kashmir, due to closeness to characteristics to Kasmiri tantric traditions of the time and to Avataṁsakasūtra earlier associated with the Central Asian regions..".....Alexander Studholme, The Origins of Om Manipadme Hum: A Study of the Karandavyuha Sutra, State University of New York Press, Albany, 2002 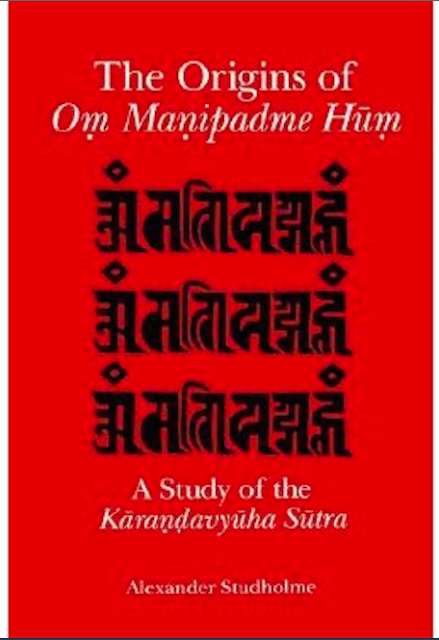 "Who Created the Hindu Gods?......This might seem like a strange question when looking at Buddhist art but it has its place. According to one Mahayana Buddhist text, the Karandavyuha Sutra, at least nine of the well-known Hindu gods are created from the compassionate activity of Avalokiteshvara. The sutra, dating from the 4th or 5th century, was translated from Sanskrit into both Tibetan and Chinese......The Karandavyuha Sutra (Tibetan translation) reads: 'From the eyes are the sun [Surya] and moon [Chandra], from the forehead Maheshvara [Shiva], from the shoulder Brahma, from the heart the Great Powerful One [Vishnu], from the teeth the Goddess Sarasvati, from the mouth all of the wind is born [Vayu], from the feet earth [Bhudevi], and from the belly arises the Water God [Varuna].".....http://www.tricycle.com....Himalayan Buddhist Art 101: Who Created the Hindu Gods? Jeff Watt

"The Kāraṇḍavyūha Sūtra was first translated into Tibetan as the Za ma tog bkod bkod pa in the 8th c. AD by Jinamitra, Ye shes sdes and others.Later, the text was translated by T'ien-hsi-tsai into Chinese from a Tibetan version around 1000 AD......

"Saptakoṭibuddhamātṛ Cundī Dhāraṇī Sūtra........Translated by Trepiṭaka Divākara in 685 CE, as Fo Shuo Qijuzhi Fomuxin Da Zhunti Tuoluoni Jing (佛說七俱胝佛母心大准提陀羅尼經). In this sūtra, the Buddha teaches the Cundī Dhāraṇī to help people in later times. The dhāraṇī is introduced for the first time in the Kāraṇḍavyūha Sūtra, in which a bodhisattva endeavors in attaining samādhi using the mantra “oṃ maṇipadme hūṃ.” At the end of the sūtra, the bodhisattva finally succeeds in using the mantra to attain this samādhi, and then innumerable perfectly enlightened buddhas reply in one voice with the Great Cundī Dhāraṇī.".....Lapis Lazuli Texts....Translations from the Taishō Tripiṭaka

"There are two separate and quite distinct versions of the Kāraṇḍavyūha Sūtra....The earliest existent copies of the prose Kāraṇḍavyūha Sūtra belong to the collection of Buddhist texts unearthed, during the 1940s, in a stūpa, situated three miles outside the town of Gilgit in northern Kashmir.... the text was written in a type of script which became obsolete in 630 C.E.; he and others place the likely date of composition for the prose version somewhere between the 4th and 5th centuries....No critical edition has been made of either the prose or of the verse version of the Sanskrit text...there exists no published translation of the sūtra in any modern European language." (Studholme, 2002) " ......The Origins of Oṃ Maṇipadme Hūṃ: A Study of the Kāraṇḍavyūha Sūtra...... by Alexander Studholme! 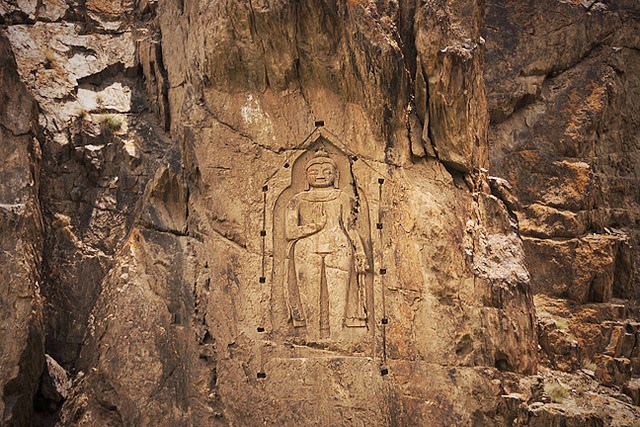 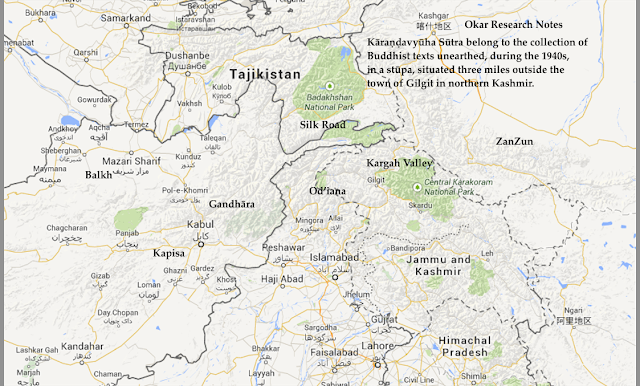 "There are several tourist attractions relatively close to Gilgit: the Kargah Valley is only at 10 km distance from Gilgit with Kargah Buddha, a rock wall carved Buddha dating back to 8th century AD and ruins of a Buddhist monastery and Stupa....Kāraṇḍavyūha Sūtra belong to the collection of Buddhist texts unearthed, during the 1940s, in a stūpa, situated three miles outside the town of Gilgit in northern Kashmir.

"Karandavyuha Sutra......The first known description of the mantra appears in the Karandavyuha Sutra (Chinese: 佛說大乘莊嚴寶王經 (Taisho Tripitaka 1050);English: Buddha speaks Mahayana Sublime Treasure King Sutra), which is part of certain Mahayana canons such as the Tibetan. In this sutra, Shakyamuni Buddha states, "This is the most beneficial mantra. Even I made this aspiration to all the million Buddhas and subsequently received this teaching from Buddha Amitabha."......Studholme, Alexander (2002). The Origins of Om Manipadme Hum: A Study of the Karandavyuha Sutra. State University of New York Press 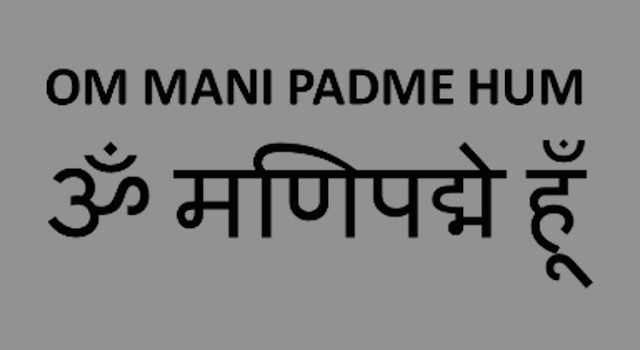 "There were also hundreds of thousands of Gandharva & Kinnara Kings....Kinnara Kingdom....In the Mahabharata, Kinnara Kingdom refers to the territory of a tribe called Kinnaras, who were one among the exotic tribes. They along with others, were inhabitants of the Himalaya mountains. The people of the Gangetic Plain looked upon them with wonder and considered them as super-human. The Kinnara tribe is identified to have lived in Kinnaur district of Himachal Pradesh state in India. A group of people living in this district still call themselves Kinnaurs. They could be the descendants of the ancient Kinnaras.....Kinnaras were mysteriously linked with horses. The Puranas mention them as being horse-necked beings......The epic Mahabharata, mentions Kinnaras, not as horse-headed beings but as beings who were half-man and half-horse (similar to the Centaur from Greek Mythology). The epic Mahabharata and the Puranas describe, regions north of the Himalayas as the abode of Kinnaras. This region was also the abode of a tribe of people called Kambojas. They were fierce warriors skilled in horse riding and horse warfare. Some of them were robber-tribes who invaded village-settlements, by raiding them using their skilled cavalry-forces. The myth of Kinnaras probably came from these horsemen. Another reference in the epic consider them as a sub-group of the Gandharvas.".....Mahabharata of Krishna Dwaipayana Vyasa, translated to English by Kisari Mohan Ganguli