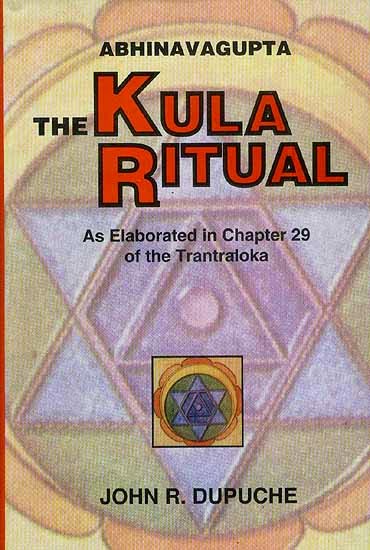 "Abhinavagupta, a leading figure in Kashmir Saivism, is increasingly being recognized as one of the chief contributors to the evolution of Indian thought. In his encyclopaedic work, the Tantraloka, 'Light on the Tantras', he describes the various tantras of his day and places at their apex the most extreme of them, the Kula ritual, which proposes the use of wine and meat and intercourse with women of the lower castes.....Abhinavagupta breaks down the dualism between sacred and profane, ritual and ordinary life .....the most esoteric chapter 29 of the Tantraloka, containing the secret Kulayaga....http://www.exoticindiaart.com

"When one looks at Tara, Kali, Cinnamasta-Vajrayogini, Kalachakra-Anandabhairava, compares the Kula ritual to Vajrayana, etc. it would be the height of absurdity to think these grew up side-by-side without influencing each other or deriving one from the other (or most likely from a shared root).".....http://www.vajracakra.com

Abhinavagupta The Kula Ritual (As Elaborated in Chapter 29 of the Tantraloka)......"The Kula ritual leads the practitioner to ever more exalted stages of the mantra finally to reach the highest level of consciousness, the experience of mantravyapti, the 'pervasion of the mantra'. The person who knows this pervasion knows that he is Bhairava. The supreme mantra of consciousness is none other than the mantra SAUH, the supreme goddess Para, which expresses both the supreme reality and all manifested reality. In this way Abhinavagupta breaks down the dualism between sacred and profane, ritual and ordinary life so that the Kula practitioner is liberated while alive, his every act is worship and his every word is mantra."

"Maithuna or Mithuna is a Sanskrit term used in Tantra most often translated as sexual union in a ritual context. It is the most important of the five makara and constitutes the main part of the Grand Ritual of Tantra variously known as Panchamakara, Panchatattva, and Tattva Chakra....

Theory and Practice of Yoga : 'Essays in Honour of Gerald James Larson......edited by Knut A. Jacobsen 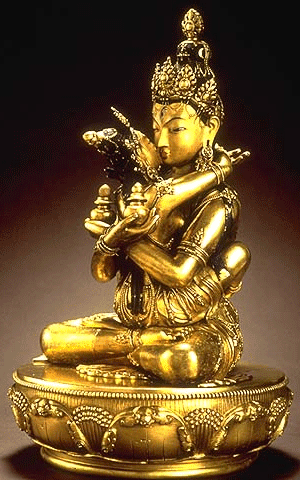 "The Kalachakra Tantra recommends the consumption of the meat of various taboo animals..... (In: John Ronald Newman - The outer wheel of time: Vajrayana Buddhist cosmology in the Kalacakra Tantra - Madison 1987, 266 f.)."