The Aggañña Sutra & the Origins of Human Society (1st century BC) 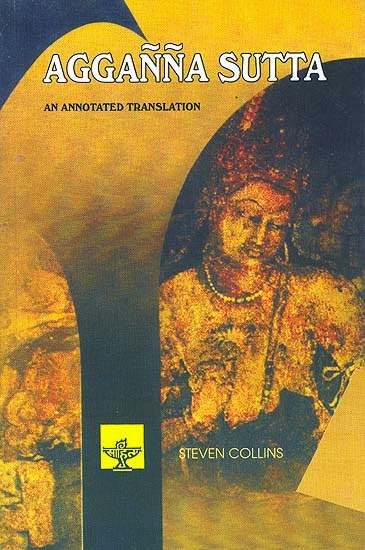 "Aggañña Sutta is the 27th Sutta of Digha Nikaya collections ( the Pali Tipitaka of Theravada Buddhism)..... The sutta describes a discourse imparted from the Buddha to two brahmins, Bharadvaja and Vasettha, who left their family and caste to become monks. The two brahmins are insulted and maligned by their own caste for their intention to become member of Sangha. The Buddha explains that caste and lineage can not be compared to the achievement of morality practice and the Dhamma, as anyone from the four castes can become a monk and reached the state of Arahant. Then, he explains about the beginning of the Earth, and the birth of social order and its structure, including the castes. "

"Shakyamuni Buddha..... the Agganna Sutra..... or "Discourse on Origins.".....This discourse is sometimes referred to as a "Buddhist Genesis." It should be understood in the context of Buddhist cosmology and timespan rather than mistaking it for a document on the beginning of all things or as a creation of any single being (i.e., intelligent design).".....http://wisdomquarterly.blogspot.com/2008/09/how-life-began.html

"Abhassara....a Brahma-world where live radiant devas from whose bodies rays of light are emitted, like lightning. It belongs to the Rūpaloka and is in the plane of second jhāna ....When inhabitants of the ābhassara-world are reborn as humans, their existence continues to be like that which they had in the brahma-world itself. As time goes on, however, they lose their qualities and develop the characteristics, both physical and mental, of human beings."....http://www.palikanon.com/english/pali_names/aa/aabhassara.htm

"Then the Buddha said to Vasettha: ‘Vasettha, you two are Brahmins born and bred, and you have gone forth from the household life into homelessness from Brahmin families. Do not the Brahmins revile and abuse you?’
‘Indeed, lord, the Brahmins do revile and abuse us. They don’t hold back with their usual flood of reproaches.’
‘Well, Vasettha, what kind of reproaches do they fling at you?’
‘Lord, what the Brahmins say is this, "The Brahmins caste is the highest caste—other castes are base; the Brahmin caste is fair, other castes are dark; Brahmins are purified, non-Brahmins are not, the Brahmins are the true children of Brahma, born from his mouth, born of Brahma, heirs of Brahma. And you, you have deserted the highest class and gone over to the base class of shave-ling petty ascetics, servants, dark fellows born of Brahma’s Foot! It’s not right, it’s not proper for you to mix with such people!" That is the way the Brahmins abuse us, lord.’
‘Then, Vasettha, the Brahmins have forgotten their ancient tradition when they say that. Because we can see Brahmin women, the wives of Brahmins, who menstruate and become pregnant, have babies, and give milk. And yet these womb-born Brahmins talk about being born from Brahma’s mouth…These Brahmins misrepresent Brahma, tell lies and earn much demerit.
‘There are, Vasettha, these four castes: The Khattiyas, The Brahmins, the merchants and the artisans. And sometimes a Khattiya takes life, takes what is not given, commits sexual misconduct, tells lies, indulges in slander, harsh speech or idle chatter, is grasping, malicious, or of wrong views. Thus such things as are immoral and considered so, blameworthy and considered so, to be avoided and considered so, ways unbefitting an Ariyan and considered so, black with black result and blamed by the wise, are sometimes to found among the Khattiyas, and the same applies to Brahmins, merchants, and artisans.


"King Pasenadi of Kosala knows: "The ascetic Gotama has gone forth from the neighboring clan of the Sakyans." Now the Sakyans are vassals of the King of Kosala."

"‘At that period, Vasettha, there was just one mass of water, and all was darkness, blinding darkness. Neither moon or sun appeared, no constellations or stars appeared, night and day were not yet distinguished, nor months and fortnights, nor years and seasons; there was no male and female, beings being reckoned just as beings. And sooner or later, after a very long period of time, savory earth spread itself over the waters where those beings were. It looked just like the skin that forms itself over hot milk as it cools. It was endowed with color, smell, and taste. It was the color of fine ghee or butter and it was very sweet, like pure wild honey."

‘Then those beings came together and lamented the arising of these evil things among them: taking what was not given, censuring, lying, and punishment. And they thought: "Suppose we were to appoint a certain being who would show anger where anger was due, censure those who deserved it, and banish those who deserved banishment! And in return we would grant him a share of the rice." So they went to the one among them who was the handsomest, the best-looking, most pleasant and capable, and asked him to do this for them in return for a share of the rice, and he agreed.......The People’s Choice" is the meaning of Maha-Sammata, which is the first regular title to be introduced. "Lord of the Fields" is the meaning of Khattiya, the second such title. And "He Gladdens Others With Dhamma" is the meaning of Raja, the third title to be introduced. This, then, Vasettha, is the origin of the class of Khattiyas, in accordance with the ancient titles that were introduced for them. They originated among the very same beings, like ourselves, no different and in accordance with Dhamma, not otherwise."

"Maha-Sammata..... The Name of the First King of the Solar Race and Ancestor, among others, of the Sakyan rulers (and hence of Gotama.)....Maha Sammata (Pali: Mahā Sammata; Mahasammata; lit. "the Great Elect") was the first monarch of the world according to Buddhist tradition. The chronicles of Theravada Buddhist tradition such as Mahavamsa and Maha Yazawin state that he was the founder of the Sakya dynasty, to which the historical Buddha belonged. He was the first of the eleven world monarchs named Maha Sammata, each of whom founded the eleven dynasties that existed from the beginning to the day of the Buddha......The future king was born "in the beginning of the world" in Jambudvipa, the only habitable continent on earth, to a family descended from the solar race..".... 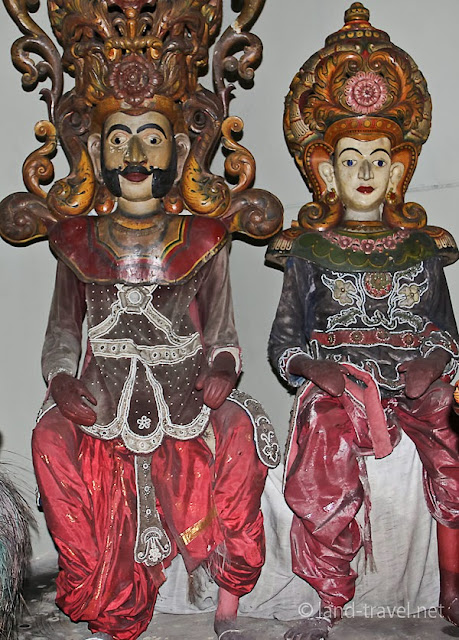 "King Maha Sammata and his Queen Manikpala, the sister of Vishnu ..... the primeval monarch of the world... the first monarch of the world according to Buddhist tradition.....he was the founder of the Sakya dynasty, to which the historical Buddha belonged. He was the first of the eleven world monarchs named Maha Sammata, each of whom founded the eleven dynasties that existed from the beginning to the day of the Buddha."

‘Then some beings thought, "Evil things have appeared among beings, such as taking what is not given, censuring, lying, punishment and banishment. We ought to put aside evil and unwholesome things." And they did so. "They Put Aside Evil and Unwholesome Things" is the meaning of Brahmin, which is the first regular title to be introduced for such people. They made leaf-huts in forest places and meditated in them. With the smoking fire gone out, with pestle cast aside, gathering alms for their evening and morning meals, they went away to a village, town, or royal city to seek their food, and then they returned to their leaf-huts to meditate. People saw this and noted how they meditated. "They Meditate" is the meaning of Jhayaka, (jhāyaka : one who meditates.)....which is the second regular title to be introduced."

"Brahmin (from Pali braahmaa.na): The brahmin (sometimes spelled brahman) caste of India has long maintained that its members, by their birth, are worthy of the highest respect. Buddhism borrowed the term brahman to apply to those who have attained the goal, to show that respect is earned not by birth, race, or caste, but by spiritual attainment. Used in the Buddhist sense, this term is synonymous with Arahant.".....http://www.dhammawiki.com

" Ajjhayaka.......brahmans were also known as ‘reciters’ (ajjhayaka) because they chanted the Vedas. The Buddha joked that they were really called this because they couldn’t meditate (ajhayaka, D.III,94).

‘However, some of those beings, not being able to meditate in leaf huts, settled around towns and villages and compiled books. People saw them doing this and not meditating.......‘Now "These Do Not Meditate" is the meaning of Ajjhayaka, which is the third regular title to be introduced. At that time it was regarded as a low designation, but now it is the higher. This, then, Vasettha, is the origin of the class of Brahmins in accordance with the ancient titles that were introduced for them."

‘And then, Vasettha, some of those beings, having paired off, adopted various trades, and this "various" is the meaning of Vessa, which came to be the regular title for such people. This then is the origin of the class of Vessas, in accordance with the ancient titles that were introduced for them."

‘And then, Vasettha, those beings that remained went in for hunting. "They Are Base Who Live By The Chase," and that is the meaning of Sudda, which came to be the regular title for such people. "

‘And then, Vasettha, it came about that some Khattiya, dissatisfied with his own Dhamma, went forth from the household life into homelessness, thinking, "I will become an ascetic." And a Brahmin did likewise, a Vessa did likewise, and so did a Sudda. And from these four classes the class of ascetics came into existence."

"Khattiya : a man of the warrior caste. (adj.),to belonging Khattiyas......khattiyā (f.), a woman of the Khattiya clan....Kshatriya (from kshatra, "rule, authority") is one of the four varna (social orders) of the Hindu society.....The Sanskrit term kshatriya is used in the context of Vedic society wherein members organized themselves into three classes: Brahmin, Kshatriya, and Vaishya. Traditionally, the kshatriya constituted the ruling and military elite. Their role was to protect society by fighting in wartime and governing in peacetime."

‘And a Khattiya who is restrained in Body, speech and thougth, and who has developed the seven requisites of enlightenment, will attain to parinirvana in this very life. So too will a Brahmin, a Vessa, or a Sudda......And, Vasettha, whoever of these four castes, as a monk, becomes an Arahant who has destroyed the corruptions, done what had to be done, laid down the burden, attained to the highest goal, completely destroyed the fetter of becoming, and become liberated by the highest insight, he is declared to be chief among them in accordance with Dhamma, and not otherwise."

"The Buddhist Creation Story........Creation was first described by Buddha more than 2500 years ago to his followers. Where did the world come from, they asked?....The world, as Buddha described it, began when the Earth and stars spontaneously formed on its own. Water and air then collected and became seas on the Earth. But life did not yet exist......And then came what is called the Phrom, or what are basically unfathomable ‘beings’ in what best can be described as another ‘dimension’ beyond and above heaven called Phromalok...... These Phrom supposedly came first...... The Phrom are ancient ‘beings’ which are the ‘evolved’ form of that which resides in heaven (angels and what not). So where did the angels come from? That which is in heaven came from humans that have reached enlightenment and nirvana......Humans came from both the creatures of Hell, and supposedly Phrom which have eaten the dirt of the Earth (because it smelled too good to resist, supposedly)....Phrom. The best way to describe them is like ‘light’. Heaven is ‘light’ to humans. And Phromalok is ‘light’ to heaven. Phrom have no emotions, but are capable of expressing emotions. They don’t consist of matter or energy, and cannot be seen by people..... They exist beyond the concepts of good and evil. While humans can only live a few decades, and angels can “live” for thousands of years, the Phrom can “live” for millions of years before they “expire”.".....http://blogs.transparent.com/thai/creation-according-to-buddha/ 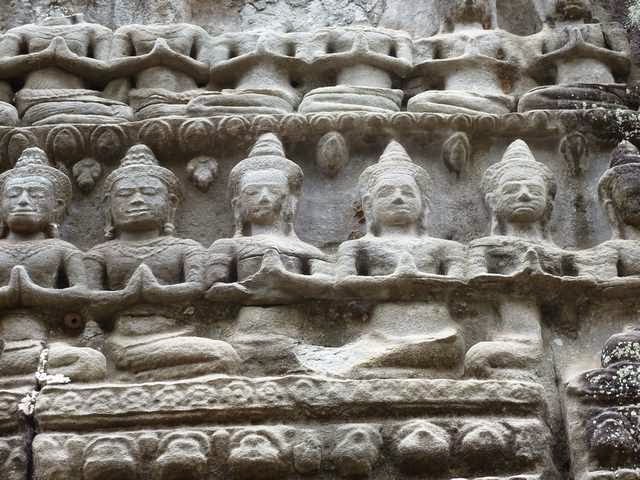