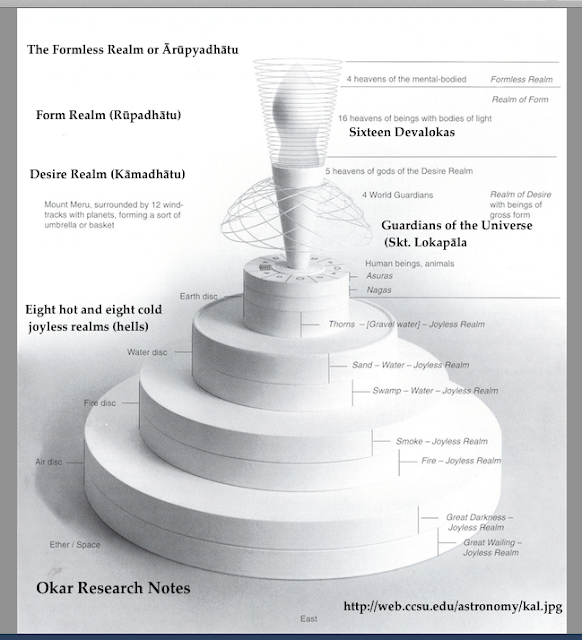 "Kalachakra cosmology, from Gyatso, Khendrup Norsang (2004) Ornament of Stainless Light: An Exposition of the Kalachakra Tantra.......As with other ancient and cultural cosmologies, the Tibetan universe is composed of the classic elements fire, earth, air, and water. These four elements exist and function through a fifth element, space." 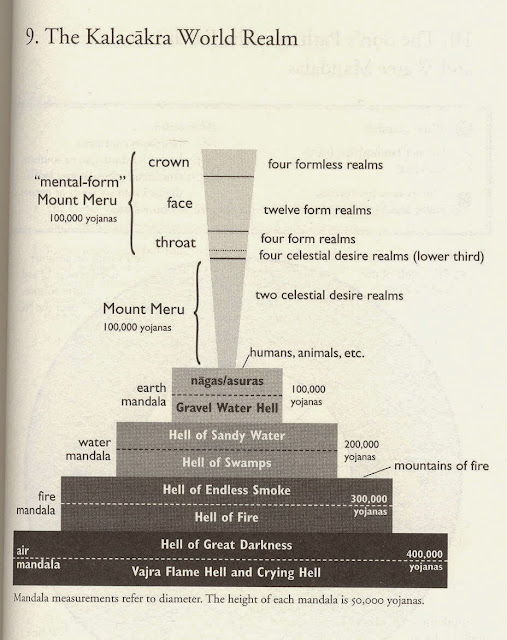 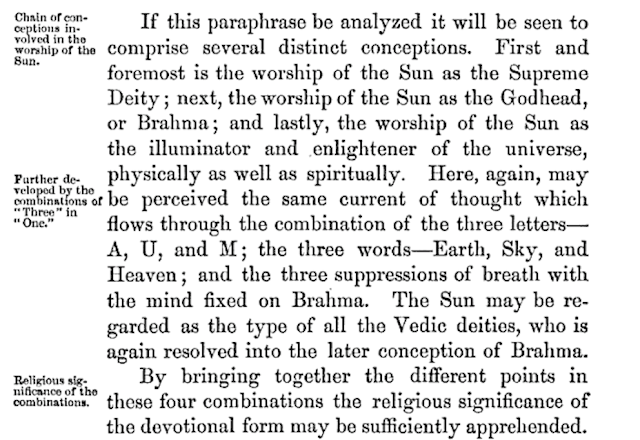 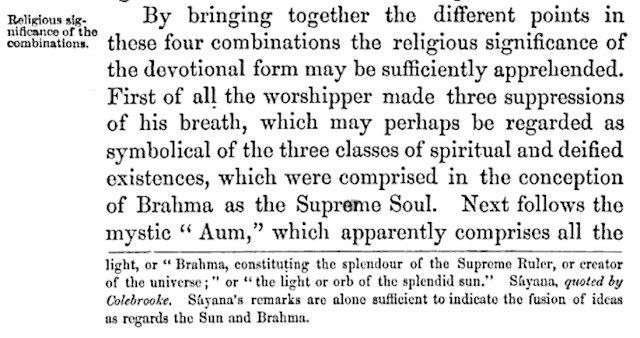 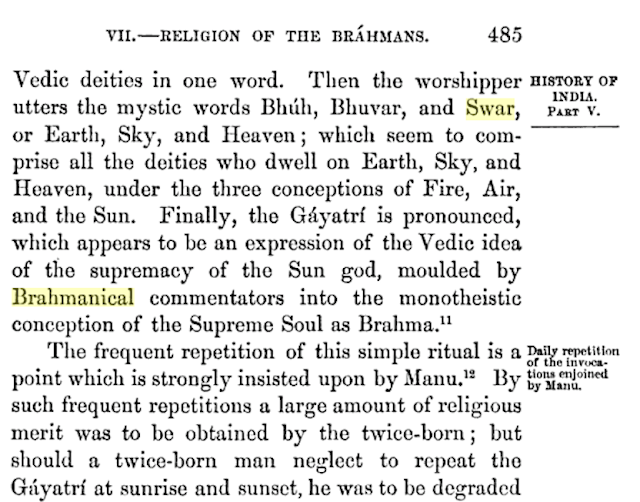 The History of India from the Earliest Ages: The Rámáyana and the Brahmanic ...by James Talboys Wheeler

"The Rupadhatu (Pali: Rupaloka; Tib: gzugs.kyi khams) or "Form realm" is, as the name implies, the first of the physical realms; its inhabitants all have a location and bodies of a sort, though those bodies are composed of a subtle substance which is of itself invisible to the inhabitants of the Kamadhatu. According to the Janavasabha Sutta, when a brahma (a being from the Brahma world of the Rupadhatu) wishes to visit a deva of the Trayastrimsa heaven (in the Kamadhatu), he has to assume a "grosser form" in order to be visible to them."....http://www.wisdomlib.org

"The beings of the Form realm are not subject to the extremes of pleasure and pain, or governed by desires for things pleasing to the senses, as the beings of the Kamadhatu are. The bodies of Form realm beings do not have sexual distinctions......Like the beings of the Arupyadhatu, the dwellers in the Rupadhatu have minds corresponding to the dhyanas (Pali: jhanas). In their case it is the four lower dhyanas or rupadhyanas.......The devas of the Rupadhatu have physical forms, but are sexless and passionless. They live in a large number of "heavens" or deva worlds that rise, layer on layer, above the earth. These can be divided into five main groups:
The Suddhavasa
The Brhatphala
The Subhakrtsna
The Abhasvara
The Brahma
Each of these groups of deva worlds contains different grades of devas, but all of those within a single group are able to interact and communicate with each other. On the other hand, the lower groups have no direct knowledge of even the existence of the higher types of deva at all. For this reason, some of the Brahmas have become proud, imagining themselves as the creators of their own worlds and of all the worlds below them.......because they came into existence before those worlds began to exist."........http://www.wisdomlib.org 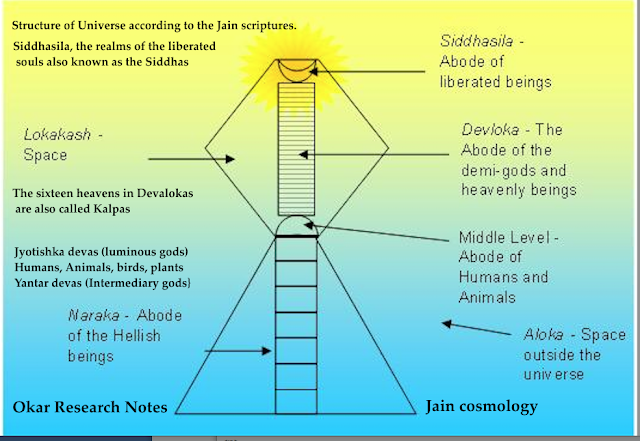 "Time cycle......Division of time as envisaged by Jains........According to Jainism, time is beginingless and eternal. The Kālacakra, the cosmic wheel of time, rotates ceaselessly." .....

"In Hinduism, the asuras (Sanskrit: असुर) are a group of power-seeking deities related to the more benevolent devas (also known as suras). They are sometimes considered nature spirits. They battle constantly with the devas.......In early Vedic texts, both suras and asuras were deities who constantly competed with each other, some bearing both designations at the same time. In late-Vedic and post-Vedic literature the Vedic asuras became lesser beings while in the Avesta, the Persian counterpart of the Vedas, the devas began to be considered lesser beings.....According to the Vishnu Purana, during the Samudra manthan or "churning of the ocean", the daityas came to be known as asuras because they rejected Varuni, the goddess of sura "wine", while the devas accepted her and came to be known as suras."

"Hindu Cosmology upholds the idea that creation is timeless, having no beginning in time. Each creation is preceded by dissolution and each dissolution is followed by creation. The whole cosmos exists in two states - the unmanifested or undifferentiated state and the manifested or differentiated state. This has been going on eternally. There are many universes - all follow the same rhythm, creation and dissolution (the systole and diastole of the cosmic heart).".....

The Western Pure Land is outside the Triple Realm, beyond samsara and retrogression.

Sanskrit word is Triloka. It is Buddhist metaphysical equivalence for the triple world of earth, atmosphere and heaven....The three levels within samsara: the desire realm, the form realm, and the formless realm. ...

1. Realm of Sensusous Desire (Sanskrit word is Kamadhatu) of sex and food. It includes the Six Heavens of Desire, the Human World and the Hells....The desire realm is the environment of hell beings, hungry spirits, animals, human beings, demi gods, and the gods who enjoy the five objects of desire.....Beings of the desire realm have powerful delusions.....Buddhists consider being born as a human to be the most fortunate state. Because they are not suffering as heavily as those in the other realms, yet are not in lengthy bliss like the gods, humans have the best chance of enlightenment.

2. Realm of Form (Sanskrit word is Rupaadhatu) of matter which is substantial and resistant. It is a semi material conception. It is above the lust world and contains bodies, places and things, all mystic and wonderful. It consists of 18 heavens, including the Heavens of Four Zen (Sanskrit word is Brahmalokas)....The form realm is the environment of the gods who possess form....beings of the form realm have more subtle delusions.....

3. Realm of Formlessness (Sanskrit word is Arupadhatu) of pure spirit, where there are no bodies and matters to which human terms would apply, but where the mind dwells in mystic contemplation; its extent is indefinable, but it is conceived of in Four Stages/Places of Emptiness in the immaterial world. It has four heavens, in which the Sphere/heaven of neither perception nor non perception is the highest... The formless realm is the environment of the gods who do not possess form......beings of the formless realm have very subtle delusions.

Mimaki, K, "A preliminary comparison of Bonpo and Buddhist cosmology," In New Horizons in Bon Studies.

Blondeau, A. M., "The mKha' klong gsang mdos: Some questions on ritual structure and cosmology," In New Horizons in Bon Studies.