Gesar is mentioned in a Khotan text, the Tibetan Li-yul-lun-bstan-pa, ("Prophecy of the Li Country") of the 9th-10th century, recent opinion identifies the land .... with the Kushan territories of Gandhāra and Udayana.….

Vajrayogini: Her Visualization, Rituals, and Forms By Elizabeth English

"House-Goddess .... Gṛhadevatā......Sakti and Sakta.......the Divinity in woman, which the Śākta Tantra in particular proclaims, is also recognised in the ordinary Vaidik teaching. The wife is a House-Goddess (Gṛhadevatā) united to her husband by the sacrament (Saṃ skāra) of marriage and is not to be regarded merely as an object of enjoyment. Further, Vaidik Dharma (now neglected) prescribes that the householder should ever worship with his wife as necessary partner therein, Sastrīko dharmamācaret (see also Matsyasūkta Tantra, XXXI). According to the sublime notions of Śruti the union of man and wife is a veritable sacrificial rite—a sacrifice in fire (Homa) wherein she is both hearth (Kunda) and flame—and he who knows this as Homa attains Liberation.".....http://comments.gmane.org/gmane.culture.religion.advaita/13732 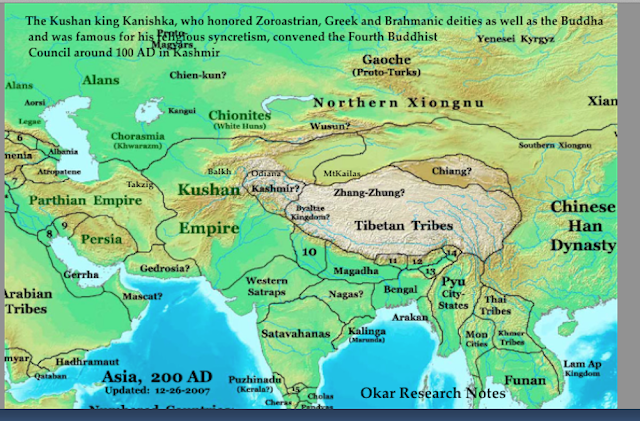 "Nāropāda identifies geographical locations of sites that are giv- en unnatural or obscure names by the Cakrasaṃvara scriptures: Himālaya is Mt. Kailāsa, Pretapurī (also called Pretādhivāsinī) re- fers to the valleys located on the border between India and Tibet, Gṛhadevatā (which, as Sanderson argued, was originally a name of the deity of the site Saurāṣra in the Śaiva Tantrasadbhāva) is Li yul, which may refer to Khotan. Suvarṇadvīpa is located of the coast of west India,44 but some say that it is in east China, and Nagara refers to Laṅkāpura, the land of rākṣasa, but some say that it is an area around a monastery standing on the border of Kaśmīra and northwest India.."......JIABS.......Journal of the International Association of Buddhist Studies....Volume 31 Number 1–2 2008 (2010) 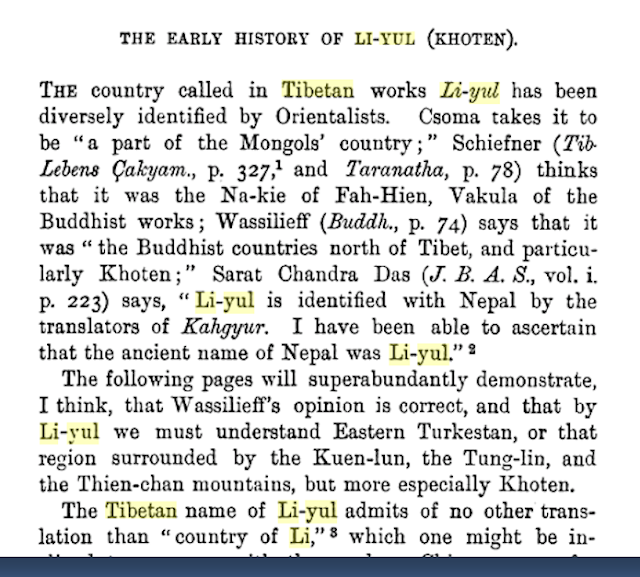 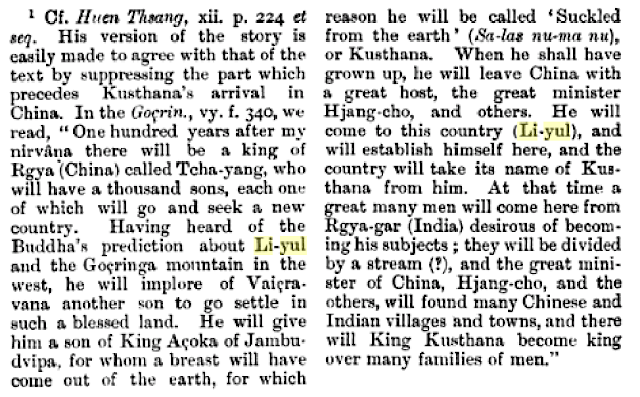 The Life of the Buddha and the Early History of His Order....Page 230

Sangyé Yeshé........Nupchen Sangyé Yeshé (Tib. གནུབས་ཆེན་སངས་རྒྱས་ཡེ་ཤེས་, Wyl. gnubs chen sangs rgyas ye shes) — one of the twenty-five disciples of Guru Rinpoche. He is said to have lived for 113 (or 130?) years. He brought the Anuyoga teachings to Tibet and translated many tantras. He also was a student of Vimalamitra and many other great masters.......Legend has that it was due to his miraculous powers that King Langdarma spared the lay tantrikas when persecuting Buddhist followers in Tibet.....Sangye Yeshe is considered an important figure in the development of the White Sangha of lay yogis (ngagpas)..... 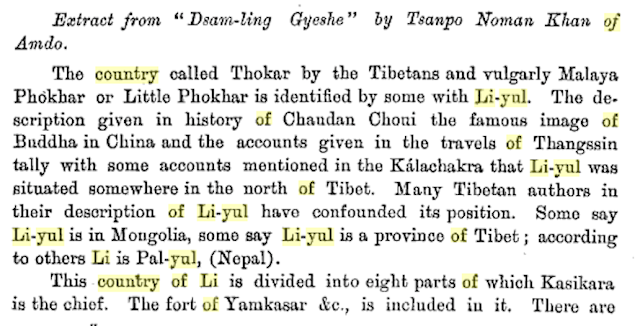 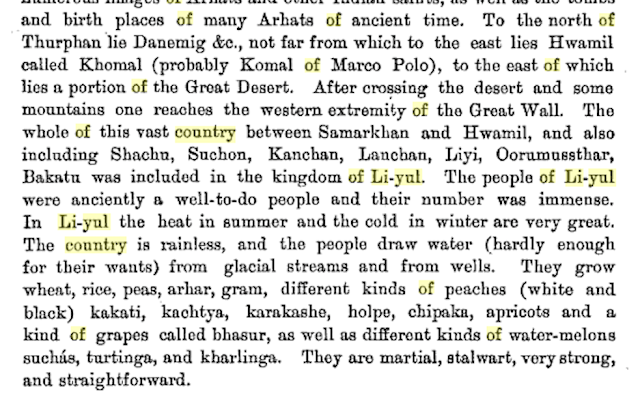 "Gesar is mentioned in a Khotan text, the Tibetan Li-yul-lun-bstan-pa, ("Prophecy of the Li Country") of the 9th-10th century, and Phrom long identified with a country northeast of Yarkand. Recent opinion identifies the land either with the Turkish Küūsen or the Kushan territories of Gandhāra and Udayana...... Gesar may be either someone of Turkish stock or a non-Tibetan dynastic name. The Khotan king Vijaya Sangrama's consort Hu-rod-ga (Hu-rong-ga) was Phrom Gesar's daughter. The Padma-thang-yig records a Tibetan army subduing Gesar, something also mentioned in the Rygal-po'i-bka'i-than-yig ("Pronouncements concerning Kings")......Vohra, Rohit (1996). "Early History of Ladakh: Mythic Lore & Fabulation: A preliminary note on the conjectural history of the 1st millennium A.D.". ....pp. 216–17 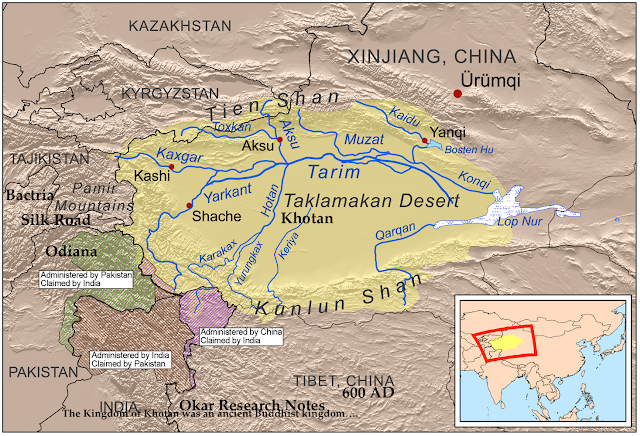