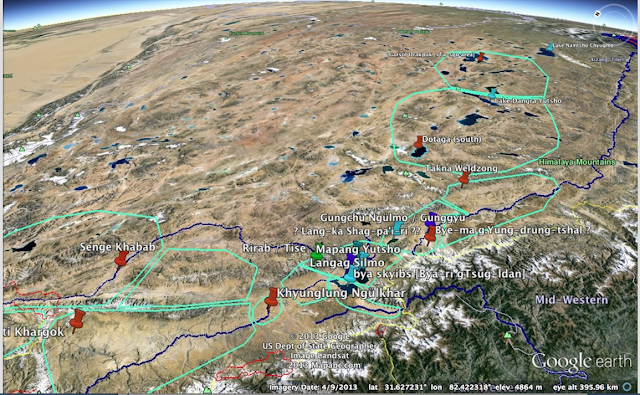 "Some speculative regions of the ancient kingdom of Zhang Zhung, based on the work of Namkhai Norbu and John Vincent Bellezza".....Scott C. Smith spent many months locating monasteries in Kham and elsewhere in Google Earth. ....http://tapamap.com/tibet/

Senge Khabab ("Lion's Mouth")......"The traditional source of the Indus River is the Senge Khabab or "Lion's Mouth", a perennial spring, not far from the sacred Mount Kailash marked by a long low line of Tibetan chortens. There are several other tributaries nearby, which may possibly form a longer stream than Senge Khabab, but unlike the Senger Khabab, are all dependent on snowmelt. The Zanskar River, which flows into the Indus in Ladakh, has a greater volume of water than the Indus itself before that point......" The Dorjungla is a very difficult and long walk, three days perhaps, and there are many sharp rocks; but it its water is clear and blue, hence the tributary's other name, Zom-chu, which Karma Lama translates as 'Blue Water'. The Rakmajang rises from a dark lake called the Black Sea...Sonamtering insists that the Dorjungla is the longest of the 'three types of water' that fall into the Seng Tsanplo ['Lion River' or Indus].".....Albinia, Alice. (2008) Empires of the Indus: The Story of a River. W. W. Norton & Company, New York 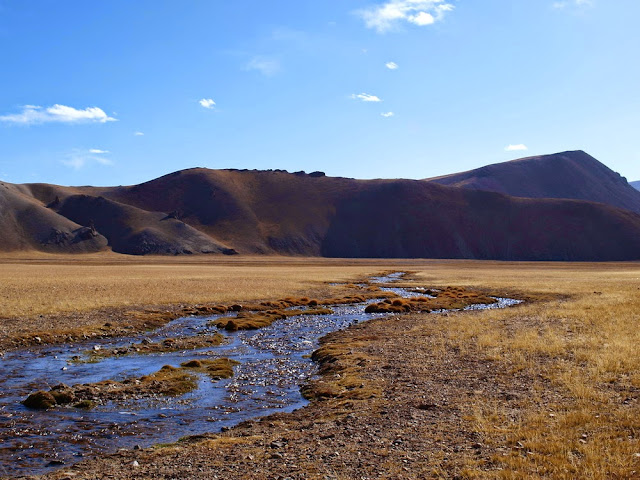 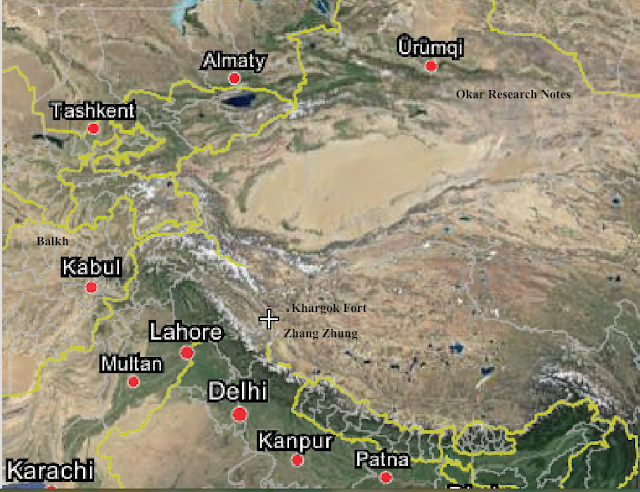 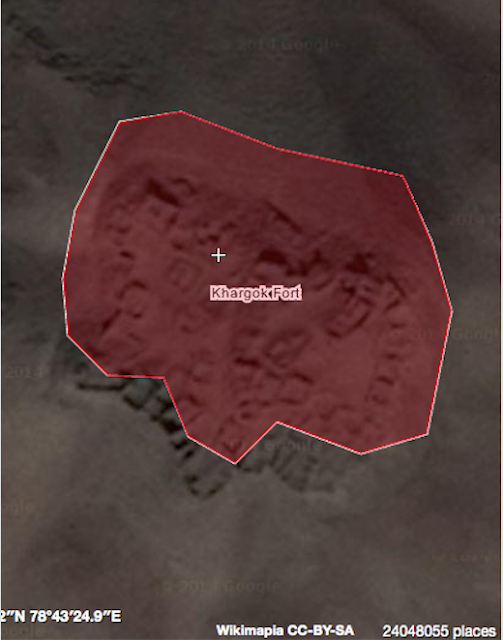 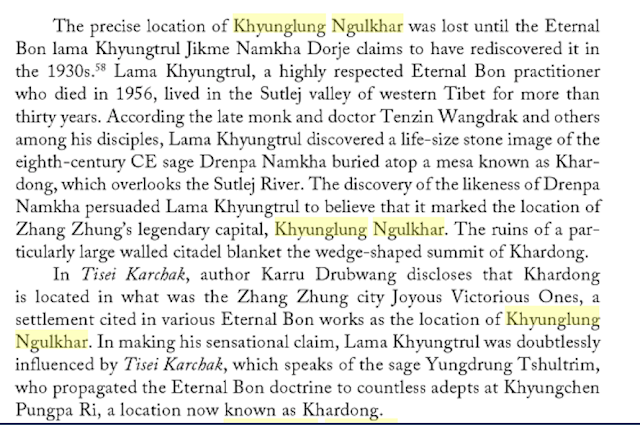 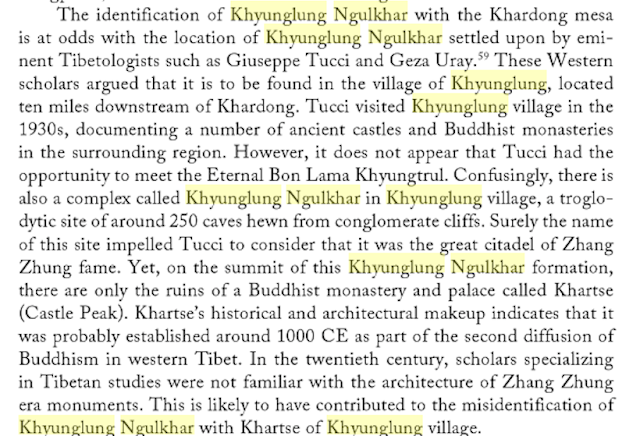 The Dawn of Tibet: The Ancient Civilization on the Roof of the World......Page 94....By John Vincent Bellezza

"Drenpa Namkha (dran pa nam mkha') is claimed by both the Buddhist and Bon traditions as an important religious figure. The sources discussing Drenpa Namkha’s life very widely, even within a single tradition: within Bon sources there is thought to be one master with the name Drenpa Namkha in Zhang Zhung and one in Tibet, though his existence is never questioned. Little can be known for certain. According to Buddhist sources Drenpa Namkha was initially a Bon master who converted to Buddhism. He later became one of the twenty-five disciples of Padmasambhava, and is said to have gained the yogic power of being able to tame wild yak with the wave of a hand.....