".... the name Shenrab Myiwo carries a lot of meaning in itself. The word rab means the "best‟ or the „ supreme,‟ while mi bo means "the best man.‟ The origins of the Tibetan word gshen are not well known, but it seems to be referring to "priest‟ in most occurrences in the Dunhuang documents (Stein 2003b). Given this, the name, Shenrab Myiwo, can be translates as "the supreme gshen priest, who is also "the best man‟ .... as Snellgrove (1967) and Stein (2003b) suggested. According to the Dunhuang documents, there is another figure, Durshen Mada, who accompanied Shenrab Myiwo in performing many ritual activities. However, since the name Durshen Mada specifically indicates his position as a priest that performs funerary rituals, he might have been an unsuitable choice as the founder of Bon. This theory has already been developed in Blezer (2008, pp. 438) ...... Secondly, Shenrab Myiwo is referred to as "the father‟ on many occasions as mentioned earlier. This may be taken to mean that he was chief among the priests of the ritual in general.......The Emergence of A Myth in Search of the Origins of the Life Story of Shenrab Miwo, The Founder of Bon by Kalsang Norbu Gurung.....Kalsang Norbu Gurung is a researcher at the Department of Mongolian & Tibetan Studies, Bonn University 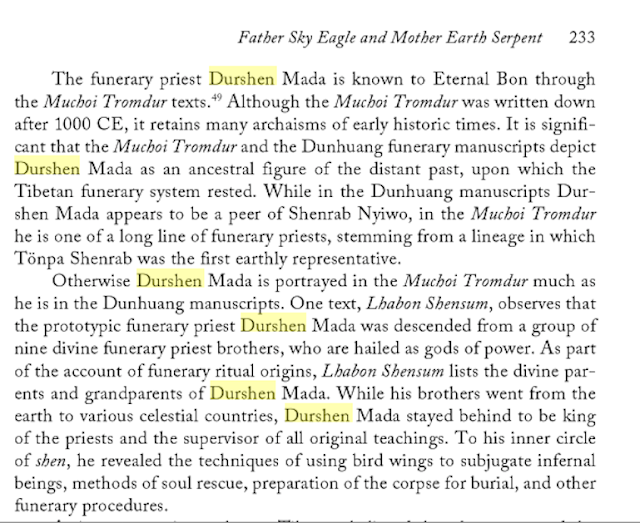 The Dawn of Tibet: The Ancient Civilization on the Roof of the World..... John Vincent Bellezza 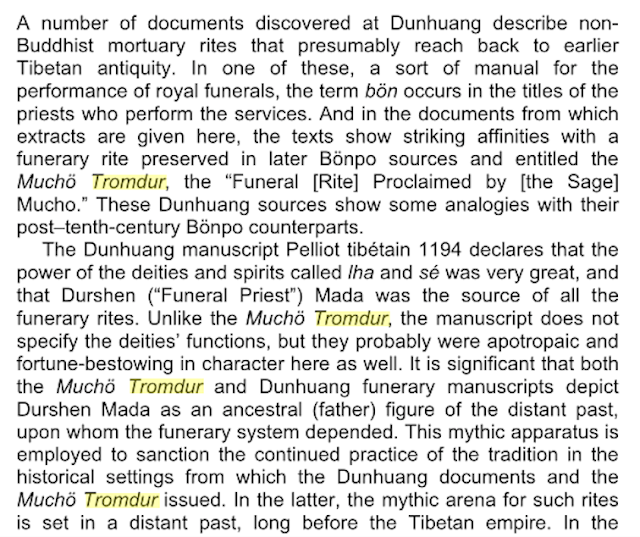 "As for the burial of a yak hybrid in Malari, this is liable to be a constituent part of funerary rites carried out for the dead. The Dunhuang text Pt 1068 furnishes a fairly extensive account of the origins of the yak hybrid used to transport deceased women to the afterlife (see Zhang Zhung, pp. 538–542). In this colorful origins tale, composed circa the 9th century CE, a hybrid yak named Dzomo Drangma (Mdzo-mo drang-ma) is appointed by the funerary priest Durshen Mada (Dur-gshen rma-da) to assist a young girl who died under the most wretched of circumstances. Although this tale is explicitly set in “ancient times”, one should not conflate the older Malari burial with the contents of the text; significant ideological differences in these burial rites may possibly be indicated. Nevertheless, the custom of employing a yak hybrid as a funerary appliance extends to both spheres, strongly suggesting a Tibetic cultural orientation for the Malari burial.".....http://www.tibetarchaeology.com/december-2013/ 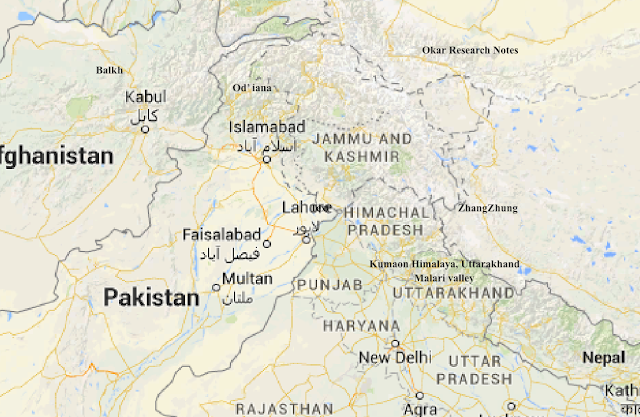 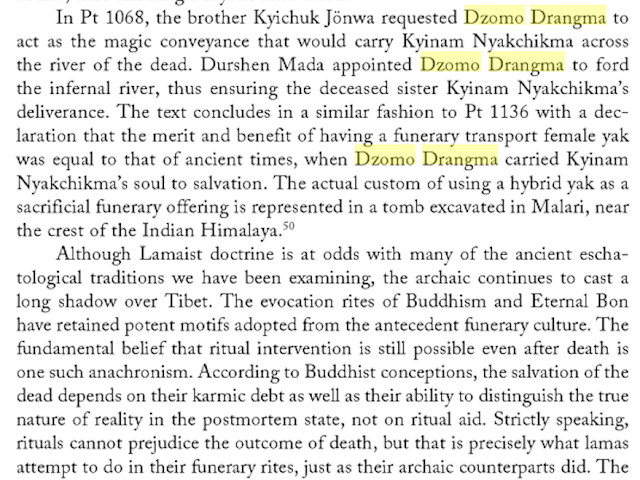 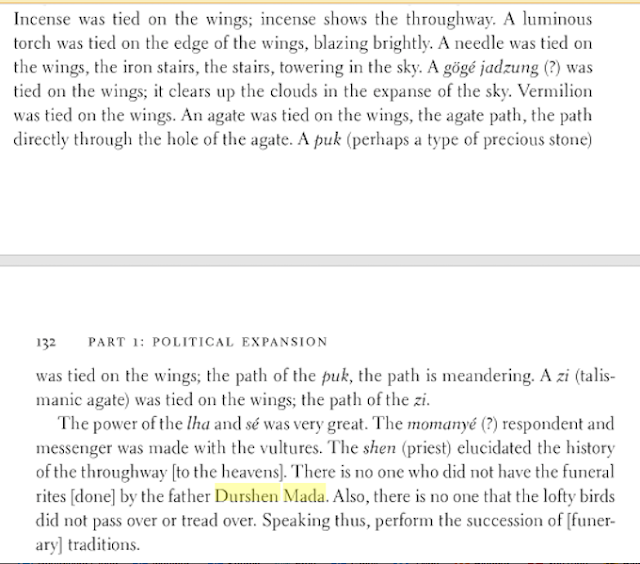 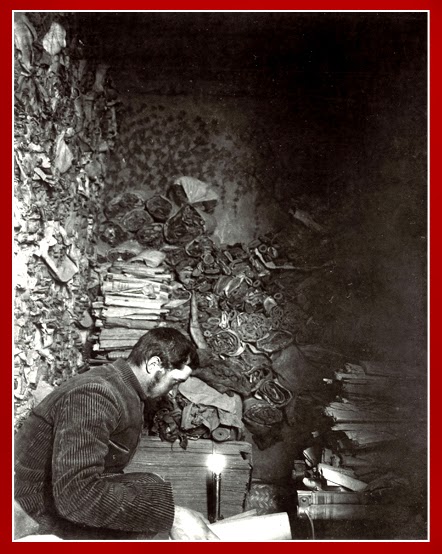