"The Shambhala teachings, originally conceived by Chögyam Trungpa as Secular practices for achieving enlightened society.....Shambhala, as originally proclaimed by Chögyam Trungpa, which state that "there is a natural source of radiance and brilliance in the world, which is the innate wakefulness of human beings. This is the basis, in myth and inspiration, of the Kingdom of Shambhala, an enlightened society of fearlessness, dignity and compassion." Furthermore, Shambhala vision applies to people of any faith, not just people who believe in Buddhism... the Shambhala vision does not distinguish a Buddhist from a Catholic, a Protestant, a Jew, a Moslem, a Hindu. That's why we call it the Shambhala kingdom. A kingdom should have lots of spiritual disciplines in it.".....Trungpa, Chogyam (1999). "Great Eastern Sun - The Wisdom of Shambhala". ISBN 1-57062-293-0

"After the year 2000, with the merging of the secular teachings of Shambhala and the Buddhist teachings of Vajradhatu into Shambhala Buddhism, completion of Shambhala Vajrayana Seminary (which itself requires taking Buddhist refuge and bodhisattva vows, as well as Buddhist vajrayana samaya vows) became a condition for receiving the highest Shambhala teachings, such as those of Werma and the Scorpion Seal Retreat. Taking Refuge requires that one is not actively involved in any other religion than Buddhism."...http://en.wikipedia.org/wiki/Shambhala_Buddhism

"The word secular simply means "not related specifically to religion or to a particular religious group." ......One way of categorizing kinds of schools is by whether they are secular (sometimes called non-sectarian) or sectarian. .....Secularity is best understood, not as being "anti-religious", but as being "religiously neutral"......Secular and secularity derive from the Latin word saecularis meaning of a generation, belonging to an age.".....http://en.wikipedia.org/wiki/Secularity

"Sectarian tends to be defined as a particular sect, often religious......Sectarianism includes the idea that the particular sect to which one belongs is the right and proper one, and that others belonging to other sects, even if they’re still of the same overhead religious group have it completely wrong.....Members of a religious or political group may believe that the success of their particular objectives, requires aggressively seeking converts from other groups."......http://en.wikipedia.org/wiki/Sectarian

"Rime Movement, the Non-sectarian movement......"Rime (pronounced Ree-may), in its spirit, is non-sectarian. Rime is a movement within Tibetan Buddhism where a person studies not just one lineage of Tibetan Buddhism, but studies and learns from many. The point is to preserve many of the teachings and traditions and also to remove sectarian views.....All the great Rime practitioners, they learned from the other traditions, but they kept their tradition or lineage as the centerpiece of their practice...... 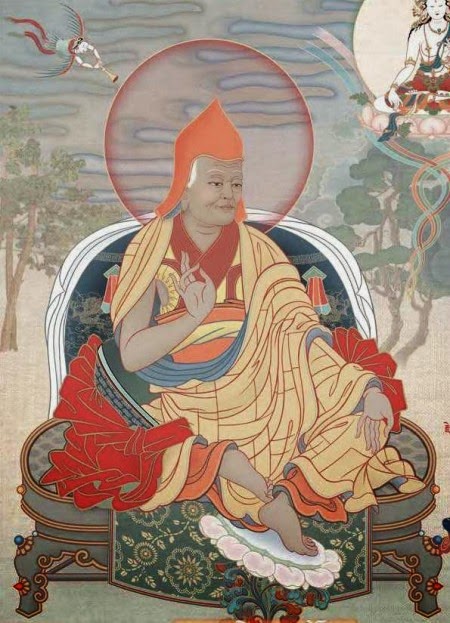 "Jamgön Kongtrul Lodrö Tayé (Tib. འཇམ་མགོན་ཀོང་སྤྲུལ་བློ་གྲོས་མཐའ་ཡས་, Wyl. ‘jam mgon kong sprul blo gros mtha’ yas) (1813-1899) - widely known for synthesizing the knowledge and experience of the many lineages of Buddhism in Tibet. This synthesis is recorded in 'The Five Great Treasures'. He was recognized by all schools of Buddhism in Tibet as one of the greatest masters of the Rimé (ecumenical) movement.

"Rojak" is a mishmash.....Malaysia is somewhat akin to "rojak". It is a mishmash of culture, religion, customs, people and language all rolled in one......Malaysia indeed is one of the few countries in the world where the major cultures and religions meet in one huge melting pot...On the island of Penang, the "rojak" of different Buddhist traditions become even more interesting, as traditional Straits Chinese lace their temples side by side with Burmese stupas, Thai wats, Sinhalese viharas and Tibetan centres. It is here, in Penang, that Malaysian Buddhism pays its true homage to the vibrant diversity of the various schools that dot ."....http://www.centrebouddhique.net/content/view/124/31/

"The Kalachakra refers to many different traditions, for example the Hindu; Saivite, Samkya, Vaishnava, the Vedas, Upanisads and Puranas traditions, but also Jainism. For example, the Kalachakra mandala includes deities which are equally accepted by Hindus, Jainas and Buddhists.".....http://en.wikipedia.org/wiki/Kalachakra