"Chhinnamasta temple......the Goddess Chinnamasta (the beheaded Goddess Kali), one of the ten forms of the Goddess Durga." 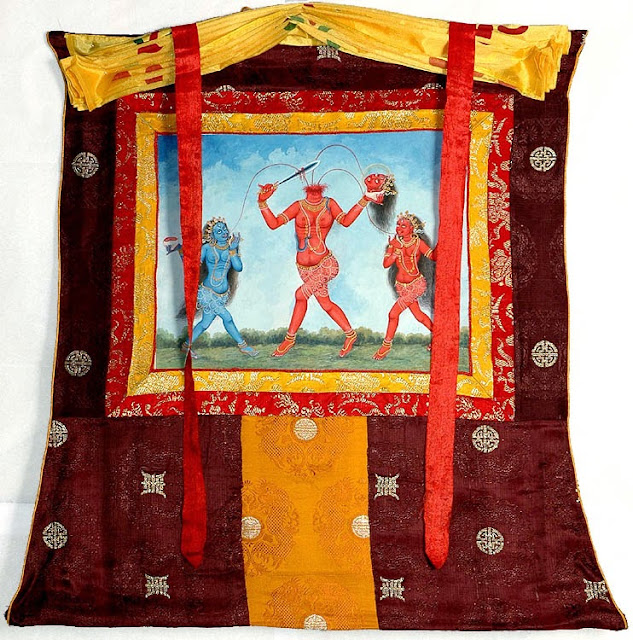 "Chhinnamasta (Sanskrit: छिन्नमस्ता, Chinnamastā, "She whose head is severed"), often spelled Chinnamasta and also called Chhinnamastika and Prachanda Chandika, is one of the Mahavidyas, ten Tantric goddesses and a ferocious aspect of Devi, the Hindu Divine Mother. Chhinnamasta can be easily identified by her fearsome iconography. The self-decapitated goddess holds her own severed head in one hand, a scimitar in another. Three jets of blood spurt out of her bleeding neck and are drunk by her severed head and two attendants. Chhinnamasta is usually depicted standing on a copulating couple......Chhinnamasta is associated with the concept of self-sacrifice as well as the awakening of the kundalini – spiritual energy. She is considered both as a symbol of self-control on sexual desire as well as an embodiment of sexual energy, depending upon interpretation. She symbolizes both aspects of Devi: a life-giver and a life-taker. Her legends emphasize her sacrifice – sometimes with a maternal element, her sexual dominance and her self-destructive fury. Though she enjoys patronage as part of the Mahavidyas, her individual temples – mostly found in Northern India and Nepal – and individual public worship is rare, due to her ferocious nature and her reputation of being dangerous to approach and worship. Her individual worship is restricted to heroic, Tantric worship by Tantrikas, yogis and world renouncers.....Chhinnamasta is recognized by both Hindus and Buddhists. She is closely related to Chinnamunda – the severed-headed form of the Tibetan Buddhist goddess Vajrayogini.".....

"Mazda", or rather the Avestan stem-form Mazdā-, nominative Mazdå, reflects Proto-Iranian *Mazdāh (female). It is generally taken to be the proper name of the spirit, and like its Sanskrit cognate medhā, means "intelligence" or "wisdom". Both the Avestan and Sanskrit words reflect Proto-Indo-Iranian *mazdhā-, from Proto-Indo-European *mn̩sdʰeh1, literally meaning "placing (*dʰeh1) one's mind (*mn̩-s)", hence "wise"....The name was rendered as Ahuramazda (Old Persian) during the Achaemenid era, Hormazd during the Parthian era, and Ohrmazd was used during the Sassanian era."...Boyce, Mary (1983), "Ahura Mazdā", Encyclopaedia Iranica 1, 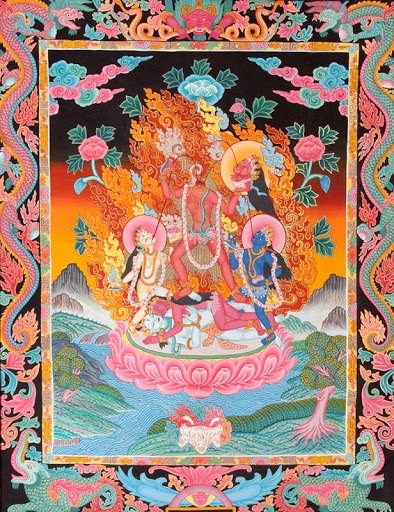 "Chhinnamasta is popular in Tantric and Tibetan Buddhism, where she is called Chinnamunda ("she with a severed head") – the severed-head form of goddess Vajrayogini or Vajravarahi – a ferocious form of the latter, who is depicted similar to Chhinnamasta......Buddhist texts recount the birth of the Buddhist Chinnamunda. One tale tells of Krishnacharya's disciples, two Mahasiddha sisters, Mekhala and Kankhala, who cut their heads, offered them to their guru and then danced. The goddess Vajrayogini also appeared in this form and danced with them.".....Kinsley, David R. (1997), Tantric visions of the divine feminine: the ten mahāvidyās 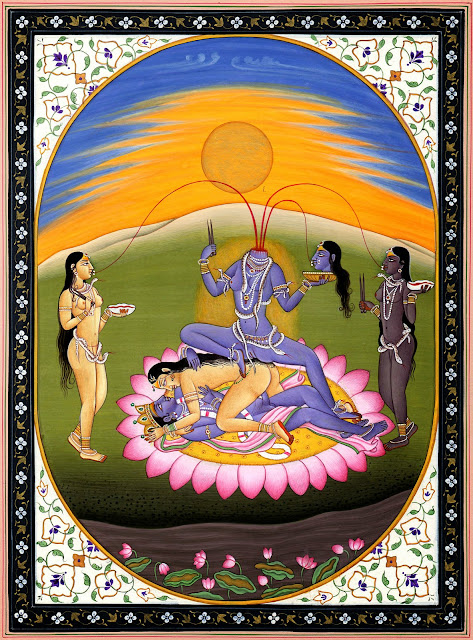 "Chhinnamasta is described as being as red as the hibiscus flower or as bright as a million suns. She is depicted mostly nude and with dishevelled hair. She is described to be a sixteen-year-old girl with full breasts, having a blue lotus near her heart."

"Worship: While she is easily identified by most Hindus and often worshipped and depicted as part of the Mahavidya group in goddess temples, Chhinnamasta is not so popular as an individual goddess. Her individual temples as well as her public worship are rare. Her individual worship is restricted to heroic, Tantric worship by Tantrikas (a type of Tantric practitioners), yogis and world renouncers. The lack of her worship is attributed by Kinsley to her ferocious nature and her reputation of being dangerous to approach and worship.....Her hundred-name hymn and thousand-name hymn describe her fierce nature and wrath. The names describe her as served by ghosts and as gulping blood. She is pleased by human blood, human flesh and meat, and worshipped by body hair, flesh and fierce mantras.".....Kinsley, David R. (1997), Tantric visions of the divine feminine: the ten mahāvidyās, 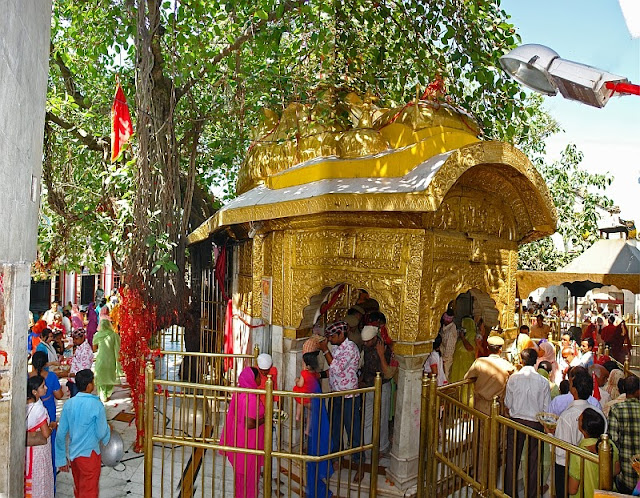 The Chintpurni, Himachal Pradesh temple of Chhinnamastika is one of the Shakti Peethas

Chinnamasta Bhagawati (छिन्नमस्ता भगवती) is one of the famous temples of Eastern Nepal. It is situated in Chinnamasta VDC, Saptari, 10 km from Rajbiraj and also near to Indian Border. This Temple is a main attraction for Nepal and Indian Pilgrims

"Karalika: A hell probably associated by its name with Chinnamasta Devi, the goddess of the severed head." 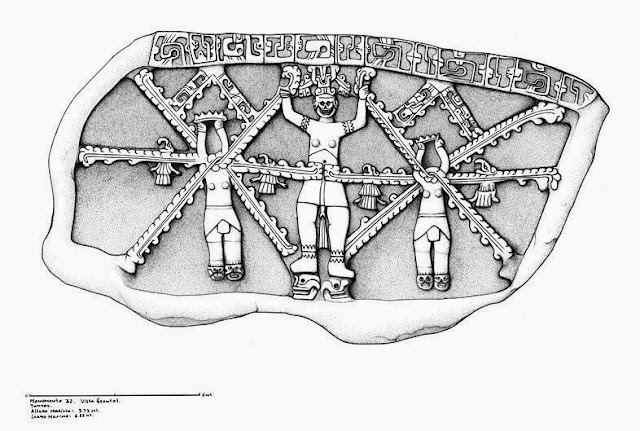 "......a large stone relief from Tamtoc, Mexico, in the Huastec cultural zone. It shows three women, one with upraised arms and the other two headless. (Chinnamasta in reverse? just kidding.) Early reports saying that the find dates from the Olmec era are being disputed."....http://www.suppressedhistories.net/newresearch2007.html 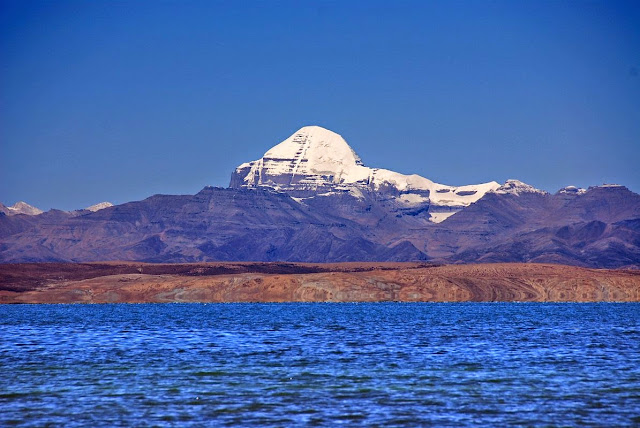 Manasa Shakti Peeth is Located at Tibet. This Shakti peeth is placed just beside the most pure and sacred water body specifically known as Lake Manas sarovar....Devi's Daksha Hasta (Right Hand) fell at Manasa where She is known as Dakshayani and the Bhairava is called Amara."