Cista (Shishta): Goddess of the Way

“Cista (Shishta): Goddess of the Way, Mithra's companion (16th Yasht)…….Bahrām is the great warrior god of Zoroastrianism…. Together with Čistā, he is one of the principal companions of Mitra.” (Yt. 10.70)…..http://www.iranicaonline.org

“ČISTĀ and Čisti, Avestan derivatives of the verb cit “to notice, to understand.” Čistā is in many respects an enigmatic term. It designates a minor goddess mentioned only in Yt. 16, which is dedicated to her although it is known as the Dēn yašt, and once in Yt. 10.126. Her various epithets, the circumstances in which she is in­voked, and her association with the daēnā seem to indicate that she is closely related to the concept of the path, both the ritual path and the path of the hereafter, although the exact relationship eludes us (Benveniste and Renou). The word itself poses a grammatical problem. The common interpretation as an abstract noun in tā is difficult to reconcile with the fact that the suffix tā is never used for primary derivation. More probably čistā is the feminine of the participle čista “noticed, noticeable.” The name of Zarathustra’s younger daughter, Pouručistā, thus probably means “the one who is noticed by many people, the charming one,” not “the one who has many ideas” (AirWb., col. 899: “viel Einsicht besitzend”). The action noun čisti “intuition, idea” (cf. OInd. citti “thinking, understanding”) belongs to the special vocabulary of the Gathas and the Yasna haptaŋhāiti. In the younger Avesta (Yasna, Vispered, Vīdēvdād) Čisti occasionally appears as a divinity associated with Aṧi.”…..http://www.iranicaonline.org/articles/cista-and-cisti-avestan-derivatives-of-the-verb-cit-to-notice-to-understand

A History of Zoroastrianism: The Early Period….edited by Mary Boyce

“With regard to the Shishtas both the Vashishtha Dharma Sutra and also the Baudhayana Dharma Sutra have taken particular care to define who can be regarded as Shishtas……The Vashishta Dharma Sutra says: "He whose heart is free from desire (is called) a Shishta". I-6. Baudhayana goes into much greater details about the qualification of the Shishtas. This is what he says:…..Shishtas, forsooth, (are those) who are free from envy, free from pride, contented with a store of grain sufficient for ten days, free from covetousness, and free from hypocrisy, arrogance, greed, perplexity and anger…… Those are called Shishtas who, in accordance with the sacred law, have studied the Veda together with its appendages, know how to draw inferences from that (and) are able to adduce proofs perceptible by the senses from the revealed texts. “….. http://www.ambedkar.org

“A cista (kiste) in the classical world was generally a casket, used for example to hold unguents or jewels. More specifically, in the Mystery cult, a cista mystica (literally "sacred chest") is a basket or chest used to house snakes. Cistae mystica were used in the initiation ceremony of the cult of Bacchus or Dionysus, as well as an early gnostic sect called the Ophites. Cistae mysticae appear on ancient Roman and Greek coins.”

“Cista (or cista mystica), a basket used for housing sacred snakes in connection with the initiation ceremony into the cult of Bacchus (Dionysus). In the Dionysian mysteries a serpent, representing the god, was carried in a box called a cista on a bed of vine leaves. This may be the Cista mentioned by Clement of Alexandria which was exhibited as containing the phallus of Dionysus. The cista mentioned in the mysteries of Isis may also have held a serpent, the missing phallus of Osiris. The fertility festival of the women of Arretophoria included cereal paste images ‘of serpents and forms of men,’ in other words, phallic symbols…..Several ancient dignitaries put about the rumor that they had been fathered by a god in serpent form. The emperor Augustus was said to have been fathered by a snake, and his mother never afterwards lost the marks of its embrace. A serpent was said to have been found beside the sleeping Olympias, mother of Alexander the Great. Her husband, Philip of Macedon, is reputed never to have coupled with the 'Bride of the Serpent' again. Alexander is sometimes connected with the horned serpent. The healer god, Asclepios, is said to have fathered a son on a woman who is depicted in Asclepios's temple at Sicyon as sitting on a serpent. Barren women often sought help at the temples of Asclepios to sleep in the precincts of the abaton. So the Idolatry involved is that of fertility, to the land or to the Empire, or Emperor.”….http://www.forumancientcoins.com/numiswiki/view.asp?key=cista%20or%20cista%20mystica

“…. much of the concrete information about the Eleusinian Mysteries was never written down. For example, only initiates knew what the kiste, a sacred chest, and the kalathos, a lidded basket, contained. The contents, like so much about the Mysteries, are unknown. However, one researcher writes that this Cista ("kiste") contained a golden mystical serpent, an egg, a phallus, and possibly also seeds sacred to Demeter.”

“Cista…..Persia…..A goddess of the morning star” 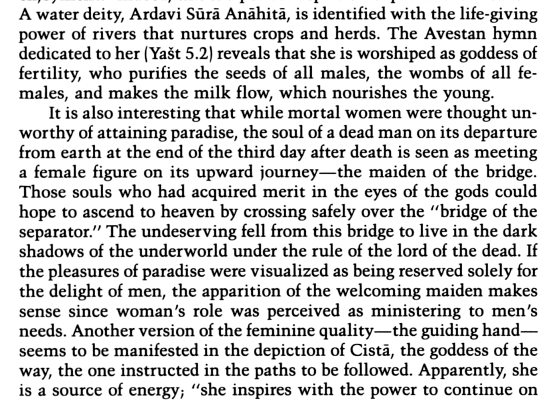 Religion and Women…..edited by Arvind Sharma