Kapila and the Samkhya School (6th c. BC)

"Kapila (Drang-srong Ser-skya).....was a Vedic sage credited as one of the founders of the Samkhya school of Hindu philosophy. He is prominent in the Bhagavata Purana, which features a theistic version of his Samkhya philosophy..... He is estimated to have lived in the 6th-century BC....Samkhya is called one of the several major atheistic schools of Hinduism by some scholars..... Others, such as Jacobsen, Samkhya is more accurately described as non-theistic.."

"Rishi Kapila is credited with authoring the influential Samkhya-sutra, in which aphoristic sutras present the dualistic philosophy of Samkhya..... Kapila's influence on Buddha and Buddhism have long been the subject of scholarly studies.....While he pre-dates Buddha, it is unclear which century he lived in, with some suggesting 6th-century BC.... Others place him in the 7th century BC.....Kapila is credited with authoring an influential sutra, called Samkhya-sutra (also called Kapila-sutra)....Buddhist sources present Kapila as a well-known philosopher whose students built the city of Kapilavastu....Some Buddhists texts claim the Buddha was Kapila in a previous life.....Scholars have long compared and associated the teachings of Kapila and Buddha....It has been said that Buddha and Kapila were both atheists, and that Buddha borrowed his atheism from Kapila......Kapila, when accused of atheism, is not accused of denying the existence of an Absolute Being. He is accused of denying the existence of an Ishvara....(Max Muller et al, Studies in Buddhism).... 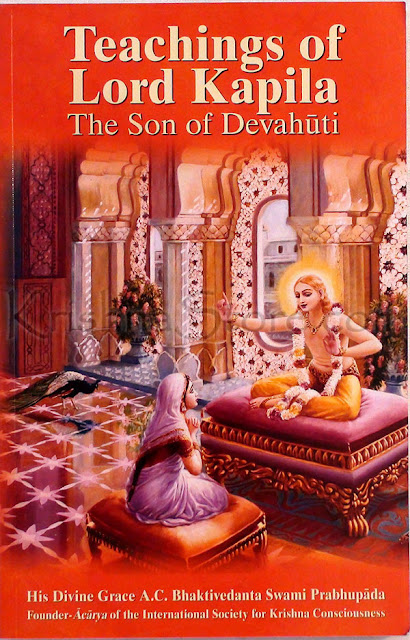 "Jain philosopher, Vijayasena Suri in the court of Akbar the Great (1542 - 1605 AD) when accused of preaching atheism declared that Jainism's belief is not atheistic and is similar to the Samkhya....The existence of God or supreme being is not directly asserted, nor considered relevant by the Samkhya philosophers....."

"Ishvara (Sanskrit: ईश्वर, Īśvara) is a concept in Hinduism, with a wide range of meanings that depend on the era and the school of Hinduism.... In ancient texts of Indian philosophy, Ishvara means supreme soul, Brahman (Highest Reality), ruler, king or husband depending on the context..... In medieval era texts, Ishvara means God, Supreme Being, personal god, or special Self depending on the school of Hinduism.....In Shaivism, Ishvara is synonymous with "Shiva", as the "Supreme lord over other Gods" in the pluralistic sense, or as an Ishta-deva in pluralistic thought. In Vaishnavism, it is synonymous with Vishnu. In traditional Bhakti movements, Ishvara is one or more deities of an individual's preference from Hinduism's polytheistic canon of deities. In modern sectarian movements such as Arya Samaj and Brahmoism, Ishvara takes the form of a monotheistic God.... In Yoga school of Hinduism, it is any "personal deity" or "spiritual inspiration".... In Advaita Vedanta school, Ishvara is a monistic Universal Absolute that connects and is the Oneness in everyone and everything......The word Īśvara never appears in Rigveda.....Samkhya is called one of the several major atheistic schools of Hinduism by some scholars..... Others, such as Jacobsen, Samkhya is more accurately described as non-theistic.... Isvara is considered an irrelevant concept, neither defined nor denied, in Samkhya school of Hindu philosophy....... In Mahayana Buddhism it is used as part of the compound "Avalokiteśvara" ("lord who hears the cries of the world"), the name of a bodhisattva revered for her compassion. ....Ishvara is similar in some ways to Adi Buddha of Madhyamika Buddhists...."

"The Kalachakra system is clearly related to the ancient Vedic tradition in India which existed long before Buddhism appeared.....The Kalachakra refers to many different traditions, for example the Hindu; Saivite, Samkya, Vaishnava, the Vedas, Upanisads and Puranas traditions, but also Jainism. For example, the Kalachakra mandala includes deities which are equally accepted by Hindus, Jainas and Buddhists."

David Reigle , "Among the many traditional ideas which must be mastered to understand Kalachakra are several which are not found within Buddhism.... These include .... the Sankya system .... the Mandukya Upanisad .... and even the Jaina tradition."...The Lost Kālacakra Mūla Tantra on the Kings of Śambhala, Talent, Oregon: Eastern School, 1986

"In ancient times Kapilavastu (historical location unknown) was the capital city of the Shakya kingdom. King Śuddhodana and Queen Māyā are believed to have lived at Kapilavastu, as did their son Prince Siddartha Gautama until he left the palace at the age of 29.....The 19th-century search for the historical site of Kapilavastu followed the accounts left by Faxian and later by Xuanzang, who were Chinese Buddhist monks who made early pilgrimages to the site."....

"Ruzsa in 2006, states, "Sāṅkhya has a very long history. Its roots go deeper than textual traditions allow us to see. The ancient Buddhist Aśvaghoṣa (in his Buddha-Carita) describes Arāḍa Kālāma, the teacher of the young Buddha (ca. 420 B.C.) as following an archaic form of Sāṅkhya"....Ruzsa, Ferenc (2006), Sāṅkhya.

"Alara Kalama (Ārāḷa Kālāma) was a hermit saint and a teacher of yogic meditation. According to the Pāli Canon scriptures, he was one of the teachers of Gautama Buddha......After Gotama became an ascetic, he went to Alara Kalama, who was a teacher that taught a kind of early samkhya at Vessali. Alara taught Gautama Buddha meditation, especially a dhyānic state called the "sphere of nothingness" (Pali: ākiñcaññāyatana)......Gotama eventually equalled Alara, who could not teach him more, saying, "You are the same as I am now. There is no difference between us. Stay here and take my place and teach my students with me." Gautama was not interested in staying. After leaving, Buddha found a new teacher, Uddaka Ramaputta."

"The dualistic metaphysics of various Tantric traditions illustrates the strong influence of Samkhya on Tantra. Shaiva Siddhanta was identical to Samkhya in its philosophical approach, barring the addition of a transcendent theistic reality..... Knut A. Jacobsen, Professor of Religious Studies, notes the influence of Samkhya on Srivaishnavism. According to him, this Tantric system borrows the abstract dualism of Samkhya and modifies it into a personified male–female dualism of Vishnu and Sri Lakshmi..... Dasgupta speculates that the Tantric image of a wild Kali standing on a slumbering Shiva was inspired from the Samkhyan conception of prakṛti as a dynamic agent and Purusha as a passive witness. However, Samkhya and Tantra differed in their view on liberation. While Tantra sought to unite the male and female ontological realities, Samkhya held a withdrawal of consciousness from matter as the ultimate goal....According to Bagchi, the Samkhya Karika (in karika 70) identifies Sāmkhya as a Tantra, and its philosophy was one of the main influences both on the rise of the Tantras as a body of literature, as well as Tantra sadhana."....Bagchi, P.C. (1989), Evolution of the Tantras

"The purpose of this chapter is to reconcile three different views of the Universe proposed by the philosophies of Samkhya, Vedanta and Tantra. ...The ancient sages sought to capture these stark oppositions through distinctive dualities: Samkhya called it Purusha-Prakriti, Tantra defined the dual Ishwara-Shakti, and Vedanta called it Atman-Maya...."....https://auromere.wordpress.com/2012/09/28/reconciling-samkhya-vedanta-and-tantra/ 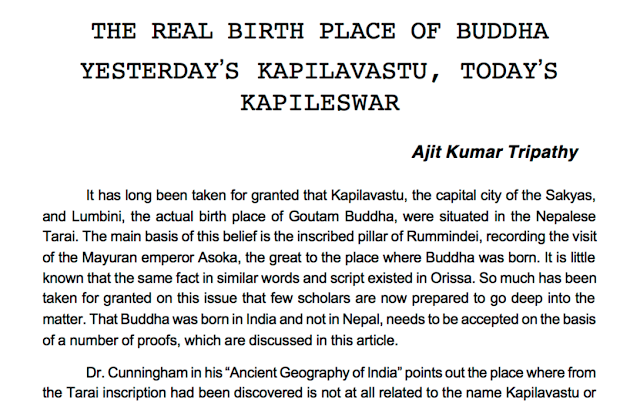