"Whereas many a Tibetan text simply locates Uddiyana by saying that it lies to the West of India, Patrul Rinpoche (b. 1808) provides us with more detail when describing the birth place of Garab Dorje not simply as 'Uddiyana' but as being close to Lake Kutra in the region of Dhanakosha; thus indicating present day North-eastern Kashmir (now Pakistan) - a region right in the middle between Chitral, Gilgit and Swat. [The Words of My Perfect Teacher, pages 338-339]".....http://yoniversum.nl/dakini/uddiyana.html

"Uddiyana (Oddiyana): Land knowns as the Paradise of the Dakinis. Birthplace of Guru Padmasambhava, Garab Dorje, Tilopa, and others. Believed to be located west of India close to Lake Kutra in the region of Dhanakosha in present day North-eastern Kashmir (now Pakistan) - a region right in the middle between Chitral, Gilgit and Swat. Also known as O-rgyan, Urgyen.".....http://buddhism.org/Sutras/DHARMA/GLOSSARY/IndexGlossaryU.htm

"Chitral is landlocked and remains completely cut off from the rest of the country for four to five months during winters. The only connection between Chitral and the rest of the country during this period are the 'subject to weather' PIA flights. The Lowari Pass (10500 ft.) separates it from the rest of Pakistan and the Shandur Pass (12305 ft.) separates it from Northern Areas. Both these passes remain inaccessible for five to six months due to snow. Chitral is an extremely rugged and mountainous area, with deep narrow valleys, through which run rapid and turbulent rivers and rivulets. Geographically it may be defined as the drainage basin of the Chitral River and its numerous tributaries. It is permeated by the mighty range of the Hindu Kush and its many offshoots. This "sea of mountains" which rise ridge behind ridge, finally toss themselves up into one towering mass forming the majestic Tirich Mer, (25263 ft.) The lowest elevation within the district is at Arandu (3577 ft.) where the Chitral River leaves the territory and enters Afghanistan."......http://www.shakeebcl.itgo.com/start.htm

"The Kunar River is about 480 km long, located in northern Pakistan. The Kunar river system is fed from melting glaciers and snow of the Hindu Kush mountains. It is part of the Indus / Sindh watershed. It was once called the Kama river....The river rises in the far north of Chitral District in Pakistan. Downstream as far as Mastuj it is known as the Yarkhun River from there to its confluence with the Lutkho River just north of the important regional centre of Chitral it is called the Mastuj River. It is then called the Chitral River, before flowing south into the upper Kunar Valley At the confluence of the Pech it meets Asadabad, historically Chaga Sarai, The Kunar River empties into the Kabul (Sita) River just to the east of the city of Jalalabad in Afghanistan. The combined rivers then flow eastwards into Pakistan, roughly following the Grand Trunk Road through the Khyber Pass, and joining the Indus River at the city of Attock." 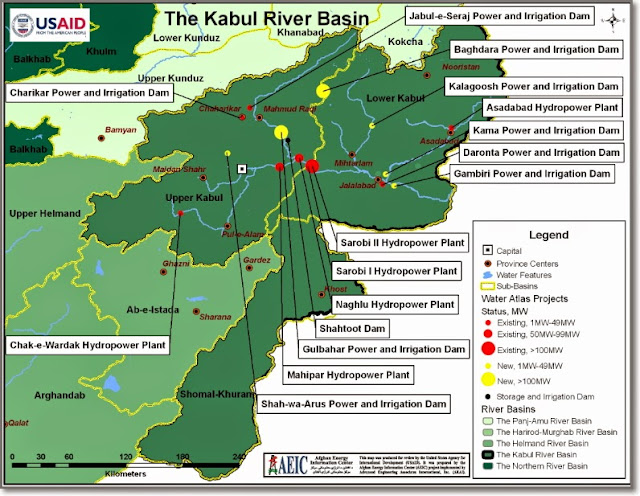 Kabul River...Sita River....."Obaidallah crossed the Sita River (aka: Kabul River) and made a raid on Kabul in 698 AD"....The Dharma Fellowship of His Holiness the Gyalwa Karmapa.....http://www.dharmafellowship.org

"Abl Bakra, Ubayadullah.....'he gave the government of Khorasan to Mohallab, Hajjaj had committed that of Sijistan to 'Obaid Allah b. Abl Bakra.....'Obaid Allah's troops were beaten by the king of Kabul......" ...The Encyclopaedia Britannica

"The Turkish Shahi kingdom of Kapisa-(with Kabul on the south as its capital) and the central Afghan massif of Ghor (now the Hazarajat), held against the invader, and for many centuries remained unconquered and primarily Buddhist. In 663 A.D. Ibn Samurah fought his way into Kabul, but his success was only temporary. Nevertheless, reading the T'ang Annals, we note that a party of Uddiyanean ambassadors presented themselves at the Chinese Court in 665 A.D., and granting the length and hardships of the journey, it is practical to assume that the embassy's presence was a direct response to Ibn Samurah's raid. Kapisa's strength, backed by the armies of Imperial China, acted as a major bulwark against Islam penetrating the Pamir, and significantly protected Uddiyana......In 672 an Arab governor of Sistan, Abbad ibn Ziyad, raided the frontier of Al-Hind and crossed the desert to Gandhara, but quickly retreated again. The marauder Obaidallah crossed the Sita River and made a raid on Kabul in 698 only to meet with defeat and humiliation. Vincent Smith, in Early History of India, states that the Turkishahiya dynasty continued to rule over Kabul and Gandhara up until the advent of the Saffarids in the ninth century. Forced by the inevitable advance of Islam on the west, they then moved their capital from Kapisa to Wahund on the Indus, whence they contin­ued as the Hindushahiya dynasty. This was in 870 A.D. and marks the first time that the Kingdom of Shambhala actually came under Moslem domination. The Hindushahis recaptured Kabul and the rest of their Kingdom after the death of the conqueror Yaqub but never again maintained Kapisa as their capital."......The Dharma Fellowship of His Holiness the Gyalwa Karmapa.....http://www.dharmafellowship.org

".......Prof. Tucci, Preliminary Report on an Archaeological Survey of Swat, states that " Lankapuri is, as known, Laghman." Laghman, an independent nation prior to Hiuen Tsiang's time, had certainly become a tributary province of Kapisa by 629 A.D. Since Kabul was not overrun - and then only temporarily - by the Moslem invasion until as late as 870 A.D., Laghman's status would still have been that of a Buddhist province of Kapisa (Shambhala) in 804 A.D. The Sanskrit name of the country was Lampaka and Hiuen Tsiang lists it as Lan-po. The sacred mountain in question would be that of Sri Aruna Parvata, Aruna " the Red" , now thought by some to be the Chehel Dukhtaran peak..... "....http://www.dharmafellowship.org/biographies/historicalsaints/lord-padmasambhava.htm