".....During the ceremony men and women should clothe themselves in white and wind a white cloth around their head......"......A turban is a type of headwear that is made by cloth winding...... Turbans have often been worn by nobility, regardless of religious background.....White turbans are generally a symbol of peace and purity......https://en.wikipedia.org/wiki/Turban

"The Indian images of the Buddha represent him with short locks, for, according to Buddhist tradition, Gautama, after his flight from the palace, drew forth his sword and cut off his long hair. In the Mahdvastu it is written that the hair was caught by the gods and carried to the Trayastrimsa heavens, where it was worshipped as a sacred relic. According to some accounts, they carried away his turban as well. The Gandhara school never portrayed the Buddha, however, with short locks, but depicted the event by his taking off his turban and ear-rings. The short locks, following tradition, should curl from left to right and were represented by the Indian artists in the shape of sea-shells.".........The Gods of Northern Buddhism: Their History and Iconography..... Alice Getty - 1964 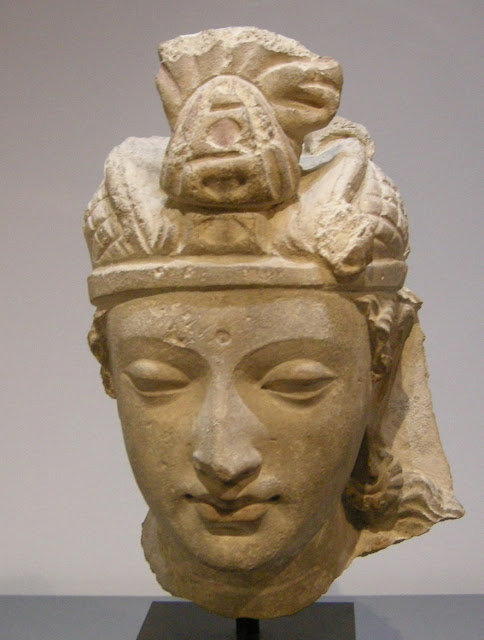 "The Buddhas of the Gandhara sculptures show strong Hellenic influence. The features are Grecian. The hair, long and wavy, is caught up in a knot in place of the protuberance of the skull of the Indian images..... The firna is sometimes omitted, and the lobes of the ears are somewhat elongated by the weight of the ear-rings which he wore during his youth, but not to the abnormal extent characteristic of the Indian school. In the early images there is no moustache, but later statues have a slight moustache which one also sees in Japan and in China. In fact the Gandhara images of the Buddha may have both a moustache and, when in the ascetic form of Gautama, a beard. The right arm and shoulder are never bare, but are covered by the monastic garment draped in the Grecian fashion over the left shoulder.".....The Gods of Northern Buddhism: Their History and Iconography..... Alice Getty - 1964 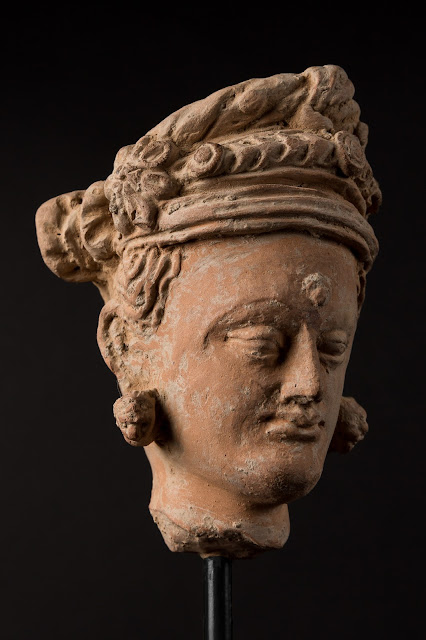 HEAD OF BODHISATTVA WITH A TURBAN GANDHÂRA ( 2 Nd - 5 Th. Cent.) .....If there exists an original art amongst all of them, it would have to be that of Gandhâra: born of the union of the Greek and Indian cultures between the 1st and the 7th century AD, it would develop in a geographic triangle which today corresponds to the part of Afghanistan situated to the North of the Kabul (aka: Sita) River, .....http://www.galeriegolconda.com/en/products/head-of-bodhisattva-with-turban-gandhara-2nd-5th-cent/

"In the course of Xuanzang’s 16 year travels, he characterizes each kingdom, describing the length and breadth of the kingdom, the size of the capital, tells us about the soil, products, climate, describes the inhabitants, their clothes, style of writing, money government, kings, codes of law along with his purely Buddhist concerns….he carefully notes the characteristics of the people, their education, customs, products, dress…..those of the higher altitudes dressed in wool….those of the temperate valleys dressed in cotton…..

"....The houses in the villages of Shambhala are two storied. The people have fine bodies and appearances and they are very wealthy. The men of Shambhala wear caps, and white or red cotton clothes. Women wear white or blue garments pleated and patterned with beautiful designs." (John R. Newman....1985)

"The origins of the turban are uncertain. Early Persians in modern Iran and Phrygians in modern Turkey wore a conical cap (Phrygian cap) encircled by bands of cloth, which historians have suggested was developed to become the modern turban, but other theories suggest it was first widely worn in Egypt. An early attestation for knowledge of the turban is found in the Roman author Ovid's Metamorphoses, dating to the 1st century BC. Ovid recounts the myth that Midas king of the Phrygians, an Indo-European people of central Turkey, wore a royal purple turban to cover his donkey ears.....A style of turban called a phakeolis continued to be worn in that region by soldiers of the Byzantine army in the period 400-600, as well as by Byzantine civilians as depicted in Greek frescoes from the 10th century in the province of Cappadocia in modern Turkey, where it was still worn by their Greek-speaking descendants in the early 20th century. The Islamic prophet, Muhammad, who lived 570-632, is believed to have worn a turban in white, the most holy colour. Many Muslim men choose to wear green, because it represents paradise, especially among followers of Sufism. In parts of North Africa, where blue is common, the shade of a turban can signify the tribe of the wearer."......https://en.wikipedia.org/wiki/Turban 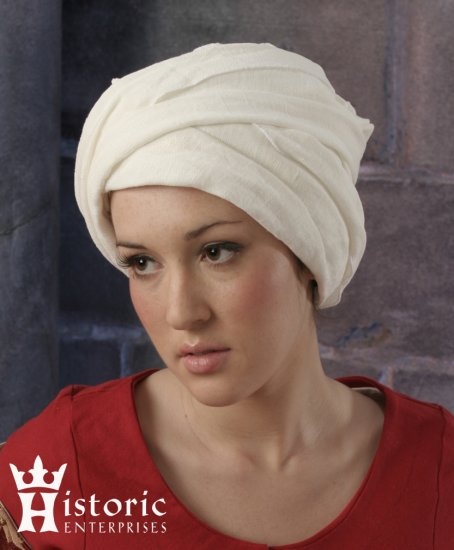 "In India, the turban is referred to as a pagri......There are several styles, which are specific to the wearer's region or religion, and they vary in shape, size and colour. The pagri is a symbol of honour and respect everywhere it is worn. It is a common practice to honour important guests by offering them one to wear......Colours are often chosen to suit the occasion or circumstance: for example saffron, associated with valour or sacrifice (martyrdom), is worn during rallies; white, associated with peace, is worn by elders; and pink, associated with spring, is worn during that season or for marriage ceremonies......Traditionally, the royal elite of India, especially in Northern India, use to wear a long pagri which was also a symbol of nobility, honour and respect.".....https://en.wikipedia.org/wiki/Turban 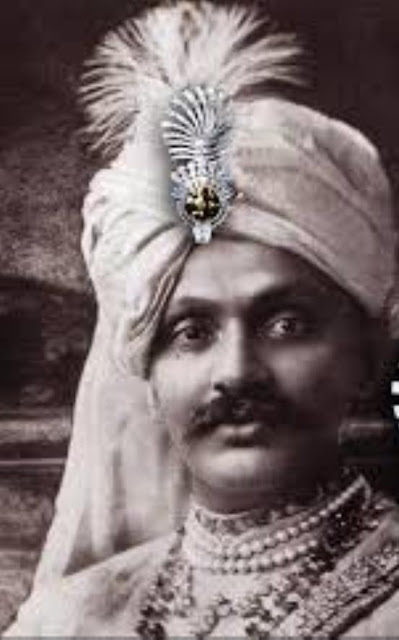 ‘The Eye of the Tiger’, was mounted by Cartier in a turban aigrette for the the Jam Ranjitsinhji or Maharajah Ranjitsinhji Jam of Nawanagar in 1934.

"Turbans are part of the national dress in Afghanistan. They are used more widely than elsewhere in the Muslim world, and are worn in a wide range of styles and colors. In the country's southeast, turbans are wrapped loosely and largely, whereas in Kabul the garment tends to be smaller and tighter. In traditional Afghan society, a related piece of extra cloth called a patu serves practical purposes, such as for wrapping oneself against the cold, to sit on, to tie up an animal or to carry water in the cap. Different ethnic groups in Afghanistan wear different lungees with different patterns, way of styling it, fabric, stripes, lengths and colouration. Some styles are, however, nationwide. The styles extend and overlap into western Pakistan.".....https://en.wikipedia.org/wiki/Turban 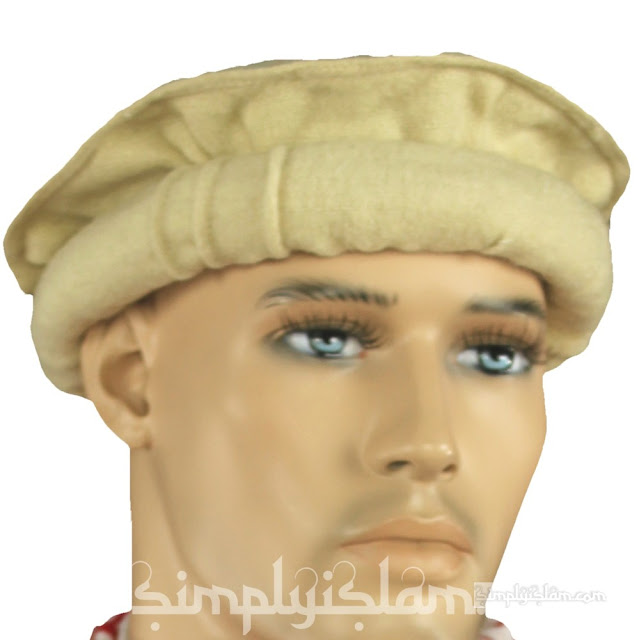 "The Pakol......flat, woolen, rolled-up hat is nowadays one of the undisputed symbols of Afghanistan. But how such a humble garment, stemming from the remotest corners of the Hindu Kush mountains, made it to international appreciation on par with lavish silky chapans and majestic four-meter-long lungis, remains somewhat of a mystery......labels like “Nuristani hat” or “Chitrali hat”, would come closer to the historical truth"......Looking at Hellenistic coins, statues or frescoes found from Italy to India, hats similar to pakols were a relatively common sight on the heads of Macedonians. Pictures of the ancient headgear called kausia bear in fact a striking resemblance to the modern pakol, most likely rendering the pakol a legacy of Alexander the Great in the 4th century BC..... the pakol firmly established in the whole of Nuristan, although the westernmost valley of Ramgal still shows a mix of pakols and small white turbans similar to those then used by the inhabitants of neighboring Panjshir.....https://www.afghanistan-analysts.org 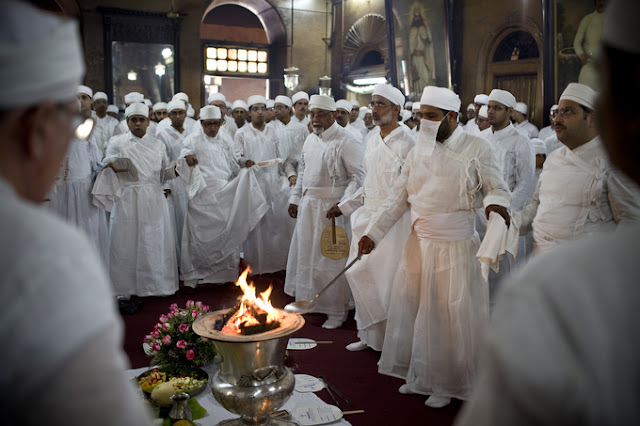 Image of a Jashan with over 300 priests in attendance.....In the Zoroastrian faith a Jashan ceremony is a celebration.........The priests, when in prayer, wear snow-white vestments; for Zoroastrians, white is the color of purity and holiness.

"The characteristic costume of the Parsees is loose and flowing, very picturesque in appearance, and admirably adapted to the climate in which he lives. The head is covered with a turban, or a cap of a fashion peculiar to the Parsees; it is made of stiff material, something like the European hat, without any rim, and has an angle from the top of the forehead backwards. It would not be respectful to uncover in presence of an equal, much less of a superior. The colour is chocolate or maroon, except with the priests, who wear a white turban."....

Rembrandt, "Portrait of the Artist" (c.1665)....a floppy white turban, the headgear Rembrandt sports in several of his self-portraits from the 1660s. 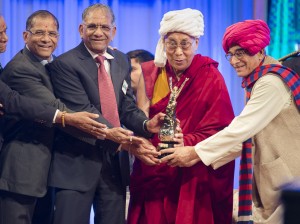 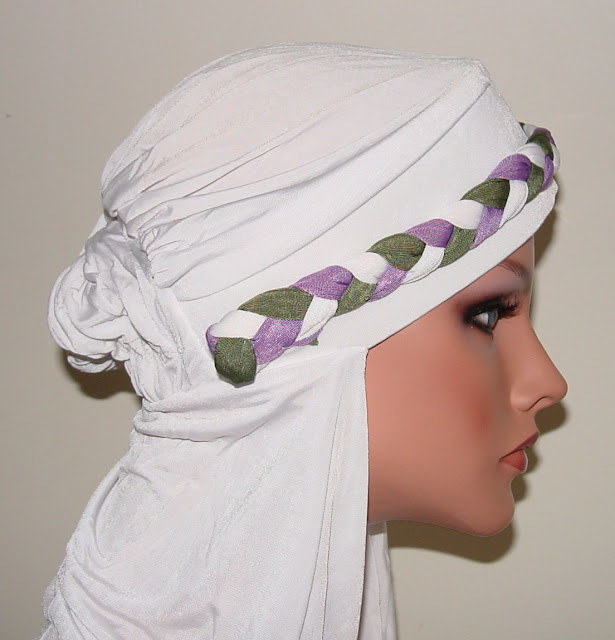