Lake Danakosha...Believed by many to be the sacred lake of Padmasambhava, with the Tseta(heart) Island.....According to legend, Padmasambhava was incarnated as an eight-year-old child appearing in a lotus blossom floating in Lake Dhanakosha, in the kingdom of Oḍḍiyāna. His special nature was recognized by the childless local king of Oḍḍiyāna (Bactria) and he was chosen to take over the kingdom...Padmakara returned to Uddiyana, to the island in Lake Danakosha where he practiced Secret Mantra and the symbolic language of the dakinis through which he brought the dakinis on the island under his command.

"Padmasambhava is said to have been born in a village near the present day town of Chakdara in Lower Dir District, which was then a part of Oddiyana....Chakdara (Pashto: چکدره‎) is a town in Lower Dir District of Khyber-Pakhtunkhwa. It is located north of Malakand on the north bank of the Swat River... It is about 130 km from Peshawar and 40 km away from Saidu Sharif.....Chakdara has been an important center for the last 3500 years and is littered with remains of the Gandhara grave culture, Buddhist sites, and Hindu Shahi forts. The ancient route from Afghanistan via Nawa Pass and Katgala Pass crosses the Swat River at Chakdara...A Buddhist stupa and monastery of the first century AD were excavated by Ahmad Hasan Dani in 1962-65."

Region of Padmasambhava.....Click on the Map to Enlarge

"According to another tradition, Gandhāra is also thought to be the location of the mystical Lake Dhanakosha, birthplace of Padmasambhava, founder of Tibetan Buddhism. The Kagyu sect of Tibetan Buddhism identifies the lake with the Alladun Dheri stupa. A spring was said to flow from the base of the stupa to form the lake. Archaeologists have found the stupa but no spring or lake can be identified. Alladun Dehri Stupa was excavated by Dani. Over 500 pieces of Gandhara sculpture were recovered." 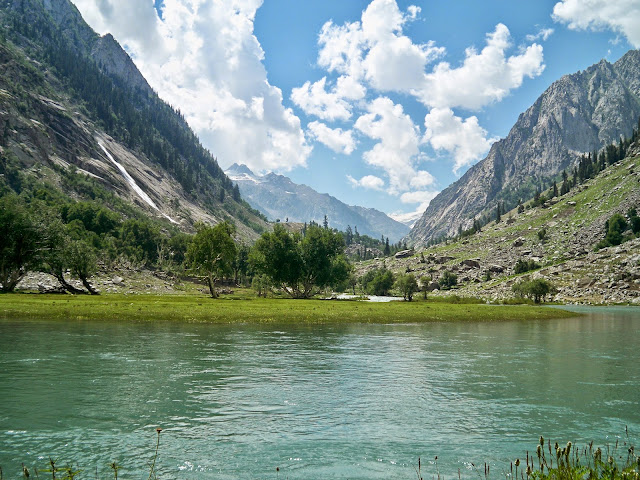 "Three kilometers from Alladun Dheri Stupa there is the Hindu Shahi fort of Kamal Khan China. It is now in ruins. From this fort a track leads to Nimogram Buddhist Monastery and Stupa. It has three main stupas, which identify three principles of Buddhism; Buddha the teacher, Dharma and Sangha (the Buddhist order). Near Chakdara Bridge there are ruins of the Hindu Shahi Period and stupas at Haibatgram, Top Dara and Landakai."

Kapisa…."The boundaries of Gandhara varied throughout history. Sometimes the Peshawar valley and Taxila were collectively referred to as Gandhara and sometimes the Swat valley (Sanskrit: Suvāstu) was also included. The heart of Gandhara, however, was always the Peshawar valley. The kingdom was ruled from capitals at Kapisa (Bagram), Pushkalavati (Charsadda), Taxila, Purushapura (Peshawar) and in its final days from Udabhandapura (Hund) on the River Indus….Kapisa (Bagram) became the capital of the Kushan Empire in the 1st century, from here they invaded and conquered Peshawar in the south."…..

Andan Dheri Stupa…."The bKa’ brgyud (Kagyu) sect of Tibetan Buddhism identifies the lake with Andan Dheri stupa, located near the tiny village of Uchh near Chakdara in the lower Swat Valley. A spring was said to flow from the base of the stupa to form the lake. Archaeologists have found the stupa but no spring or lake can be identified….. in the life of Sri Pramodavajra, and later again in the biography of Lord Padmasambhava, that this sacred lake is highly significant…..Archaeology has shown that the great stupa of Andan Dheri stood 80 feet high (24 metres) and was surrounded by 14 votive stupas. This must have been the location of the famous Shankarakuta Stupa cited by early Buddhist historians in the Dzogchen tradition, the dazzling monument mentioned by Huen Tsiang and which was said to have graced the shore of sacred Dhanakosha lake…..According to tradition, the great white Shankarakuta Stupa and Temple was surrounded by 1,608 small chapels. Prince Uparaja and Princess Alokabhasvati, rulers of the princedom of Dhanakosha, lived in a splendid palace near there. The era in which they are said to have reigned, according to the legends, was some 360 years after the passing away of Buddha Sakyamuni (568-488 B.C.). But we know, historically, that they must have lived in the latter part of the seventh century…..http://www.dharmafellowship.org