Buddhism Before Shakyamuni (9th c. BC)

"The Buddhists of different parts of Asia differ widely in their chronology. The Northern Division of the faith place the birth of Buddha in 1030 B.C., the Southern fix his death in 543 B.C., a discrepancy of five centuries.... The Kalachakra tantra puts the life of Shakyamuni Buddha in the 9th. Century BC, instead of the more commonly accepted 6th. Century BC."...http://kalachakranet.org/kalachakra_tantra_history.html 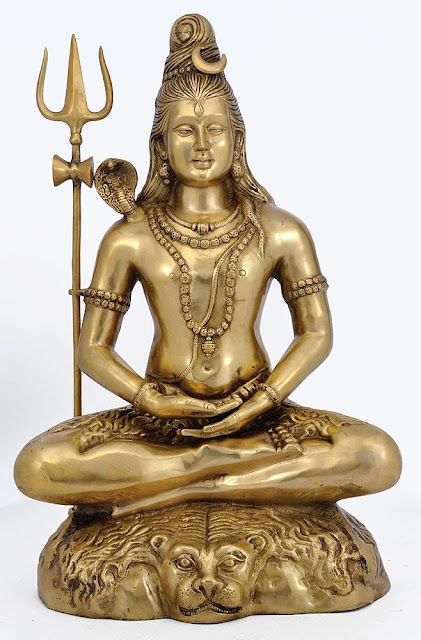 
"Shakyamuni is the 4th Buddha . The first Buddha was Krakucchanda Buddha, the second, Kanakamuni Buddha, and the third, Kasyapa Buddha. The fourth Buddha is our present Sakyamuni Buddha. The fifth Buddha will be Maitreya Buddha." 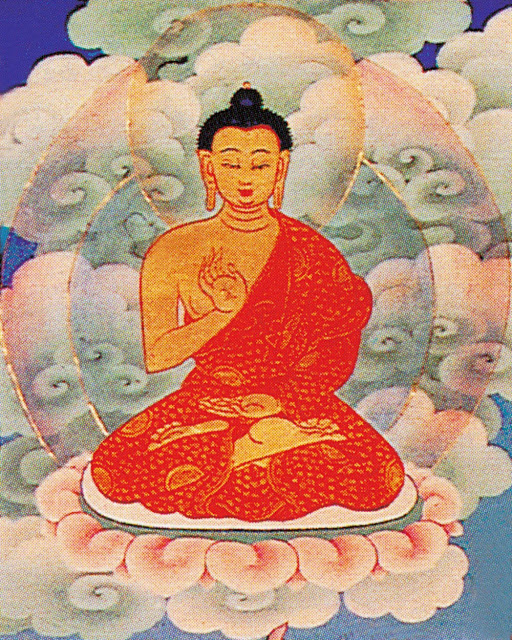 "The Buddha declared that the Veda in its true form was declared by Kashyapa to certain rishis, who by severe penances had acquired the power to see by divine eyes. In the Buddhist Vinaya Pitaka of the Mahavagga (I.245)[61] section the Buddha names these rishis, and declared that the original Veda the Vedic rishis "Atthako, Vâmako, Vâmadevo, Vessâmitto, Yamataggi, Angiraso, Bhâradvâjo, Vâsettho, Kassapo, and Bhagu"

"The religion of the Vedic period (1500 BC to 500 BC) (also known as Vedism, Vedic Brahmanism, ancient Hinduism or, in a context of Indian antiquity, simply Brahmanism...The mode of worship was worship of the elements like fire and rivers, worship of heroic gods...."

"Buddha Kanakamuni (also called Konagamana) was the second Buddha of this Bhadrakalpa. Buddha Kanakamuni was born in Shobhavati. Buddha Kanakamuni parents were brahmana Yakshadutta and Uttarani. Buddha Kanakamuni wife was Rucigatta and his son was Sarthavaha. He enjoyed this worldly pleasure for three thousand years. After his renunciation he practised his austerities for six months. He attained his supreme enlightenment at the foot of an Udumbara tree. His first sermon was attended by 30,000 monks near Sudarsana Nagara. His body was 30 cubits high. He passed away at the Pabbatarama at the age of 30,000 years.....During his career Buddha Kanakamuni also visited Swayambhu Kshetra in Kathmandu valley. After his Parinirvana, a stupa was erected near Kapilavastu at Niglihawa in the Western Terai region of Nepal. This has been confirmed by the Ashokan inscription.....Buddha Kanakamuni is generally represented as yellow in colour. His right hand has Abhayamudra and his left hand is in dhyana mudra."

"In Buddhist tradition, Kakusandha (Pāli) is the name of the twenty-fifth Buddha, the first of the five Buddhas of the present kalpa, and the fourth of the seven ancient Buddhas, known in Sanskrit as Krakucchanda, and in Tibetan as Khorvadjig."

Dīpankara supposedly lived on earth for over 100,000 years

"Nan Huai-Chin's book titled 'Basic Buddhism' that usually 5 or 7 Buddhas are usually believed to have existed before our teacher Shakyamuni." 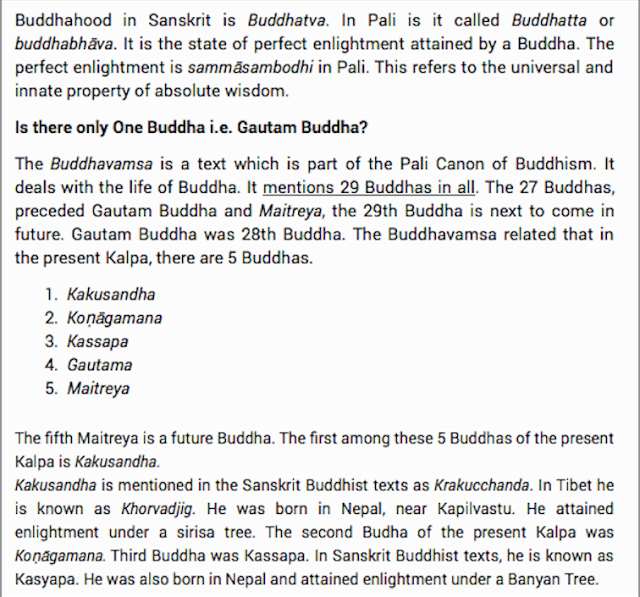 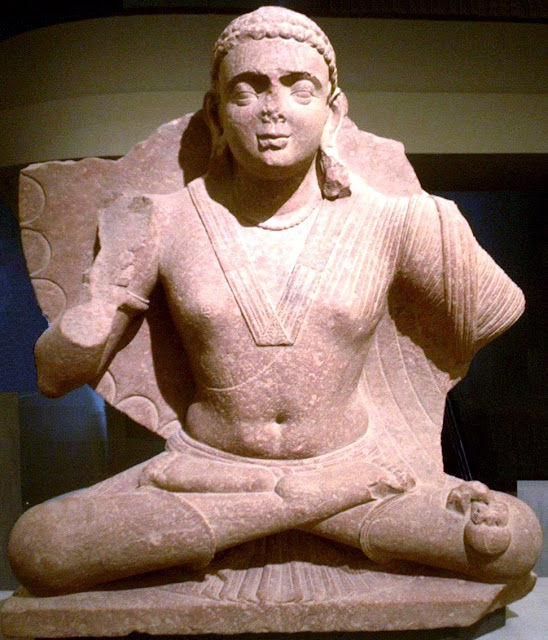 "Maitreya is sometimes represented seated on a throne Western-style, and venerated both in Mahāyāna and non-Mahāyāna Buddhism. Some have speculated that inspiration for Maitreya may have come from the ancient Indo-Iranian deity Mithra. The primary comparison between the two characters appears to be the similarity of their names. According to a book entitled The Religion of the Iranian Peoples, "No one who has studied the Zoroastrian doctrine of the Saoshyants or the coming saviour-prophets can fail to see their resemblance to the future Maitreya....some Zoroastrian ideas like Saoshyant influenced the beliefs about Maitreya, such as "expectations of a heavenly helper, the need to opt for positive righteousness, the future millennium, and universal salvation". Possible objections are that these characteristics are not unique to Zoroastrianism, nor are they necessarily characteristic of the belief in Maitreya......It is also possible that Maitreya Buddha originated with the Hindu Kalki, and that its similarities with the Iranian Mithra have to do with their common Indo-Iranian origin......In the Greco-Buddhist art of Gandhara, in the first centuries CE in northern India, Maitreya was the most popular figure to be represented, together with the Buddha Śākyamuni. In China, in the 4th–6th Centuries "Buddhist artisans used the names Shakyamuni and Maitreya interchangeably... indicating both that the distinction between the two had not yet been drawn and that their respective iconographies had not yet been firmly set"An example is the stone sculpture found in the Qingzhou cache dedicated to Maitreya in 529 CE as recorded in the inscription (currently in the Qingzhou Museum, Shandong). The religious belief of Maitreya apparently developed around the same time as that of Amitābha, as early as the 3rd century CE."....http://en.wikipedia.org/wiki/Maitreya