"Uḍḍiyāna is mostly known as the legendary homeland of Padmasambhava, the great teacher who, summoned to Tibet by the king Trisong Detsen in the mid-eight century AD, introduced there an esoteric form of Buddhism – an inextricable melding of magic and mysticism – which is thought to be at the roots of Vajrayāna. Much less is known about Uḍḍiyāna as a historical region, which archaeology has long since identified with an area centred on modern-day Swat (north-western Pakistan). Excavations and surveys revealed here an astonishing wealth of Buddhist remains and civil settlements that to a large extent match the ancient topography of Uḍḍiyāna as described in Indian, Greek, Chinese and Tibetan sources."....http://www.oeaw.ac.at/uddiyana 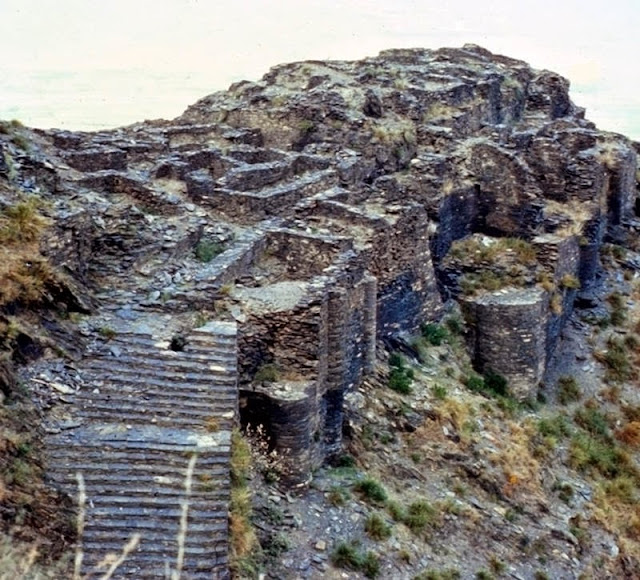 "Udegram: the Castle (5th-14th cent. AD), tentatively identified by Tucci as the Palace of Indrabhuti described by Tibetan pilgrims"....http://www.oeaw.ac.at/uddiyana/ 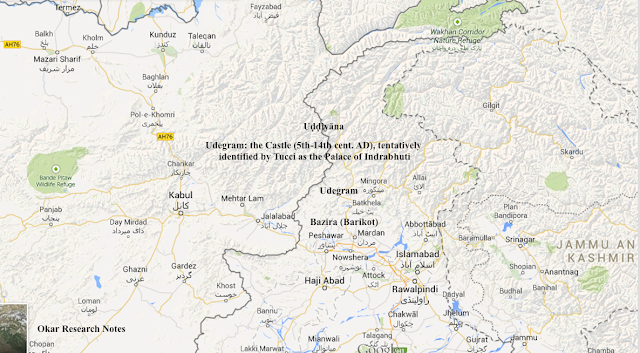 "... the Chinese pilgrim Song Yun, who visited the country in 520 AD, convey to us a vivid picture of Uḍḍiyāna: the pleasant weather, the abundance of crops, the sound of the bells that in the evening clang from the many Buddhist monasteries, the colours of the flowers that, everywhere and in every season, the land produces and people offer to the Buddha....... Much different, one century later, are the words of another famous Chinese pilgrim, Xuanzang. He describes scarce crops, ruined monasteries, and a small population of monks who, incapable of understanding the true meaning of the doctrine, seem to be instead committed to magic and charms.".....http://www.oeaw.ac.at/uddiyana/

"Song Yun and his companions then travelled through Chitral and met the kings of the Swat Valley or Udyana.".....Chavannes, Édouard (1903). Voyage de Song Yun dans l'Udyāna et le Gandhāra. (in French) 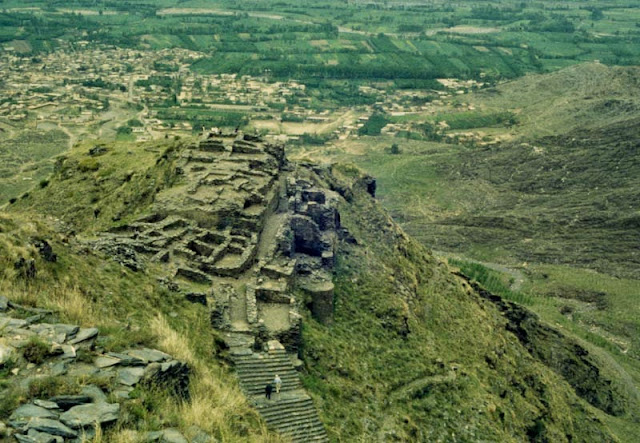 "Swat has been inhabited for over two thousand years and was known in ancient times as the Udyana.... In 327 BC, Alexander the Great fought his way to Udegram and Barikot and stormed their battlements. In Greek accounts, these towns have been identified as Ora and Bazira, respectively.... by 305 BC, the region had become a part of the Mauryan Empire....

"Bazira (Old Indian: Vajira): citadel in the vallet of the river Swat, captured by Alexander the Great, modern Barikot in Pakistan."

"Systematic archaeological investigations have been carried out since 1956 by the Italian Archaeological Mission in Pakistan (IAMP) of the IsIAO (Italian Institute for Africa and the Orient, formerly IsMEO, Italian Institute for Middle and Far East) in close collaboration with the Department of Archaeology and Museums, Govt. of Pakistan...... Among excavated sites, mention must be made of the Buddhist centres of Butkara I, the main Buddhist settlement of the region, identified by Tucci (1978: 60-61) as the splendid Talo/Tolo visited by Songyun and the Dhumatʻala of the Tibetan pilgrim O rgyan pa (Id.: 1971: 369 ff., 396 ff., 399), Saidu Sharif I, Panr I and Gumbat, and of the urban sites of Aligrama, Udegram (Ora/Oḍi in Greek and Indian sources), and Barikot (Bīr-koṭ-ghwaṇḍai; Bazira/Vajīrasthāna in Greek and Indian sources).".....http://www.oeaw.ac.at/uddiyana/

"Practically everyone in Tibetan Studies has long been convinced that the Swat Valley, in northern Pakistan, is the same as Orgyan, the birthplace of the Tibetan cultural hero Guru Rinpoché — Pemajungné, Padmasambhava, also known as Orgyan Guru."....http://tibeto-logic.blogspot.com

"Tibetanists believe Swat Valley is none other than Orgyan is because of the account of the Drugpa Kagyüpa teacher Orgyanpa Rinchen Pal, who went there in the 13th century. Giuseppe Tucci half a century ago published a long article tracing Orgyanpa’s itinerary....Not many other Tibetan speakers actually reached Orgyan and returned to tell the tale. The only ones I know of with certainty are Tagtsangrepa and Khyungtrul. "....http://tibeto-logic.blogspot.com

"...The original Sanskrit name of Swat — both the river and its valley — is Suvastu."

"... It is said that the Swat valley was filled with fourteen hundred imposing and beautiful stupas and monasteries, which housed as many as 6,000 gold images of the Buddhist pantheon for worship and education."

"In the spring of 326 BCE, Alexander the Great conquered the beautiful valley of the river Swat. While he was besieging Massaga, his adjutant Coenus was sent to Bazira, but he failed to take the fort. Although Alexander came to his assistance, he decided to take nearby Ora first, which was larger and seemed to be on the point of receiving reinforcements. ....Coenus therefore built a fortified camp to check the inhabitants of Bazira, who belonged to the tribe of the Assaceni. Seeing that the Macedonians had taken up defensive positions, the Indians attacked their enemies, but they were defeated by the soldiers of Coenus. The siege of Bazira continued until Ora had been taken. When the defenders learned that the other fort had fallen, they fled across the Shang-La pass to Aornus, a rock citadel near the Indus."....http://www.livius.org/place/bazira-barikot/.....