The Alpide Belt of Sacred Mountains & the Hindu Kush of Bactria

"The Alpide belt or the Alpine-Himalayan orogenic belt includes an array of mountain ranges which extends along the southern margin of Eurasia, stretching from Java to Sumatra through the Himalayas, the Mediterranean, and out into the Atlantic. It includes the Alps, the Carpathians, the mountains of Anatolia and Iran, the Hindu Kush, and the mountains of Southeast Asia. .... 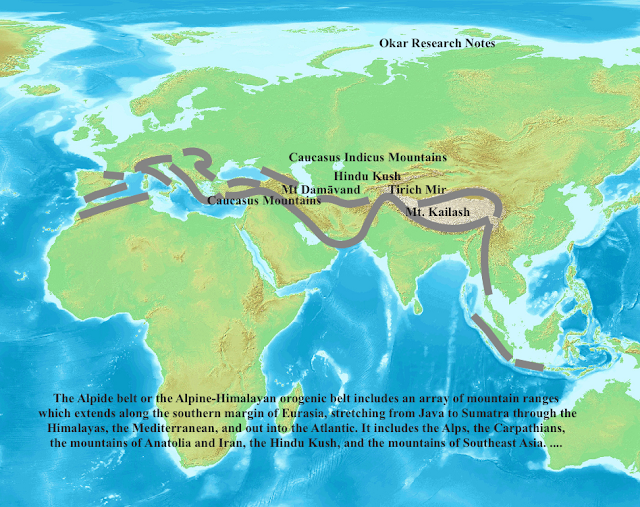 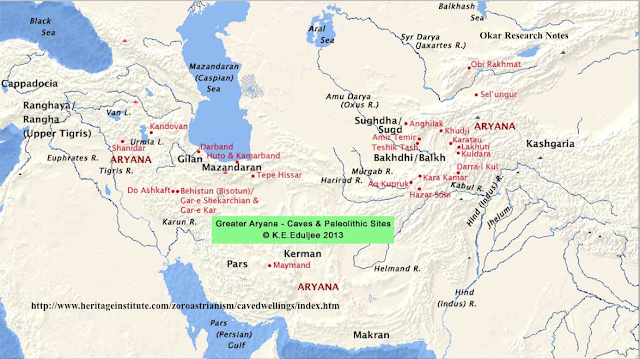 "Cave Dwellings & Troglodytes of Old Iran.....While the plains of Mesopotamia are often touted as the cradle of civilization, early Stone Age hominines/hominids* (genus Homo - hereafter called hominids) left scant evidence of their presence in the plains. It is in the foothill of the Zagros Mountains bordering Mesopotamia to the east and the north - or for that matter the hills of Greater Aryana (Iran, Central Asia, Pakistan, Azerbaijan, Eastern Iraq, Kurdistan and Eastern Turkey) as a whole - that we find evidence of what early Stone Age hominids left behind in caves and rock shelters. Prehistoric cave dwelling have been found throughout the region of Greater Aryana from Shanidar in Kurdistan to Teshik-Tash in Uzbekistan and the Sel'ungur Cave in Kyrgyzstan . The region is also home to present-day cave dwelling communities whose residents have been given the technical name troglodytes."..... Zoroastrian Heritage Author: K. E. Eduljee.....http://www.heritageinstitute.com/zoroastrianism/cavedwellings/index.htm 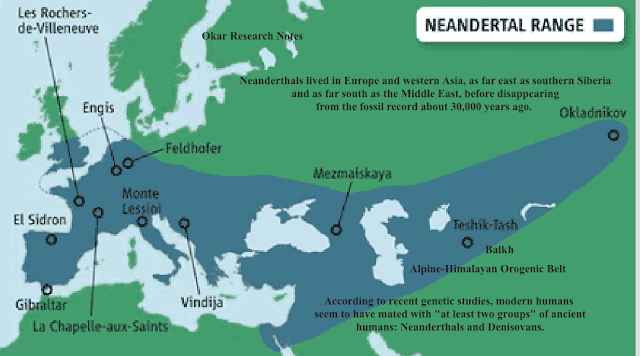 "The Hindu Kush (/kʊʃ, kuːʃ/; Pashto/Persian/Urdu: هندوکش‎), also known as Pāriyātra Parvata (Sanskrit: पारियात्र पर्वत), Caucasus Indicus, or Paropamisadae (ancient Greek: Παροπαμισάδαι), is an 800 km (500 mi) long mountain range that stretches between central Afghanistan and northern Pakistan. It is a subrange of the Hindu Kush Himalayan range. It divides the valley of the Amu Darya (the ancient Oxus) to the north from the Indus River valley to the south.....The highest point in the Hindu Kush is Tirich Mir (7,708 m or 25,289 ft) in Chitral District of Khyber Pakhtunkhwa, Pakistan. "

"Origin of name Hindu Kush....The name of the mountain in Sanskrit is 'Pariyatra' and the Greeks called it 'Paropamisadae'. The word 'Hindu Kush" is a Persian word meaning 'Hindu-Killing"..... The word Koh or Kuh means "mountain" in some local languages.....Some believe it to be the name derived from the rule of the Hindu god Rama's son, Kusha, who ruled in Kasur, in present day Punjab, Pakistan......In the time of Alexander the Great, the Hindu Kush range was referred to as the Caucasus Indicus or the "Caucasus of the Indus" (as opposed to the Greater Caucasus range between the Caspian and Black Seas), and some past authors have considered this as a possible derivation of the name "Hindu Kush". However, many other theories have been propounded by different scholars and writers for the origins of the modern name Hindu Kush. Hindū Kūh (ھندوکوه) and Kūh-e Hind (کوهِ ھند) are usually applied to the entire range separating the basins of the Kabul and Helmand rivers from that of the Amu River (ancient Oxus), or more specifically, to that part of the range lying northwest of the Afghan capital Kabul. Sanskrit documents refer to the Hindu Kush as Pāriyātra Parvata (पारियात्र पर्वत).....Some sources state that the term Hindu Kush originally applied only to the peak in the area of the Kushan Pass, which had become a center of the Kushan Empire by the 1st century CE. This mountain range was also called Paropamisadae by Hellenic Greeks in the late first millennium BCE." 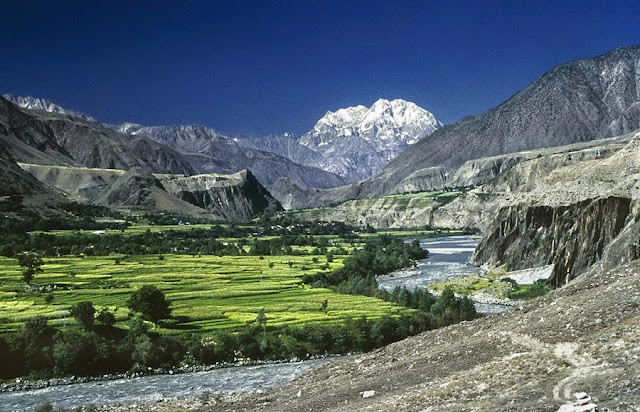 "Tirich Mir (Pashto/Khowar/Urdu: ترچ میر‎) (alternatively Terich Mir, Terichmir and Turch Mir) is the highest mountain of the Hindu Kush range, and the highest mountain in the world outside of the Himalayas-Karakoram range, located in Khyber Pakhtunkhwa, Pakistan, near the Afghanistan–Pakistan border

"Damavand is a significant mountain in Persian mythology. It is the symbol of Iranian resistance against despotism and foreign rule in Persian poetry and literature. In Zoroastrian texts and mythology, the three-headed dragon Aži Dahāka was chained within Mount Damāvand, there to remain until the end of the world. In a later version of the same legend, the tyrant Zahhāk was also chained in a cave somewhere in Mount Damāvand after being defeated by Kāveh and Fereydūn. Persian poet Ferdowsi depicts this event in his masterpiece, the Shahnameh:

"Hindus believe Mt.Kailash to be the abode of Lord Shiva. Like many of the Hindu gods, Shiva is a character of apparent contradictions. He at once the Lord of Yoga and therefore the ultimate renunciate ascetic, yet he is also the divine master of Tantra, the esoteric science that regards sexual union as the most perfect path to spiritual enlightenment. According to legend, immortal Shiva lives atop Kailash where he spends his time practicing yogic austerities, making joyous love with his divine consort, Parvati.....Kailash is sacred to other religions as well. The Jains call the mountain Astapada and believe it to be the place where Rishaba, the first of the twenty-four Tirthankaras attained liberation. Followers of Bon, Tibet's pre-Buddhist, shamanistic religion, call the mountain Tise and believe it to be the seat of the Sky Goddess Sipaimen. Additionally, Bon myths regard Tise as the sight of a legendary 12th century battle of sorcery between the Buddhist sage Milarepa and the Bon shaman Naro Bon-chung. Milarepa's defeat of the shaman displaced Bon as the primary religion of Tibet, firmly establishing Buddhism in its place. While the Buddha is believed to have magically visited Kailash in the 5th century BC, the religion of Buddhism only entered Tibet, via Nepal and India, in the 7th century AD. Tibetan Buddhists call the mountain Kang Rimpoche, the 'Precious One of Glacial Snow', and regard it as the dwelling place of Demchog (also known as Chakrasamvara) and his consort, Dorje Phagmo. Three hills rising near Kang Rimpoche are believed to be the homes of the the Bodhisatvas Manjushri, Vajrapani, and Avalokiteshvara."