"Venerate me and make offerings."

"Eusebeia (Greek: εὐσέβεια from εὐσεβής "pious" from εὖ eu meaning "well", and σέβας sebas meaning "reverence", itself formed from seb- meaning sacred awe and reverence especially in actions) is a Greek word abundantly used in Greek philosophy as well as in the New Testament, meaning to perform the actions appropriate to the gods. The root seb- (σέβ-) is connected to danger and flight, and thus the sense of reverence originally described fear of the gods." 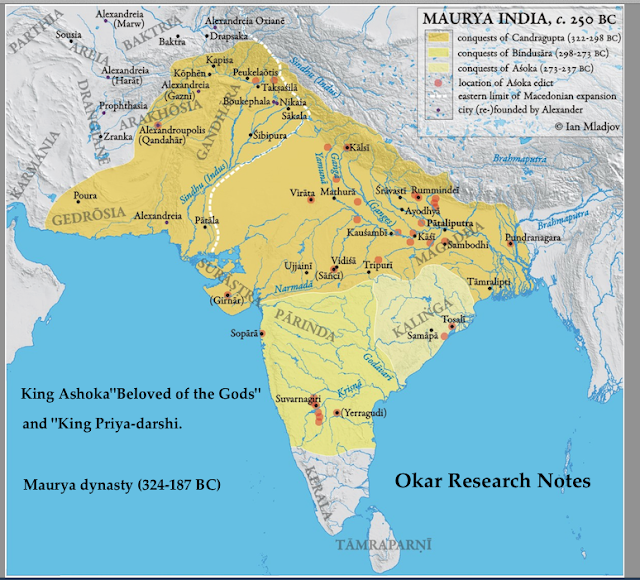 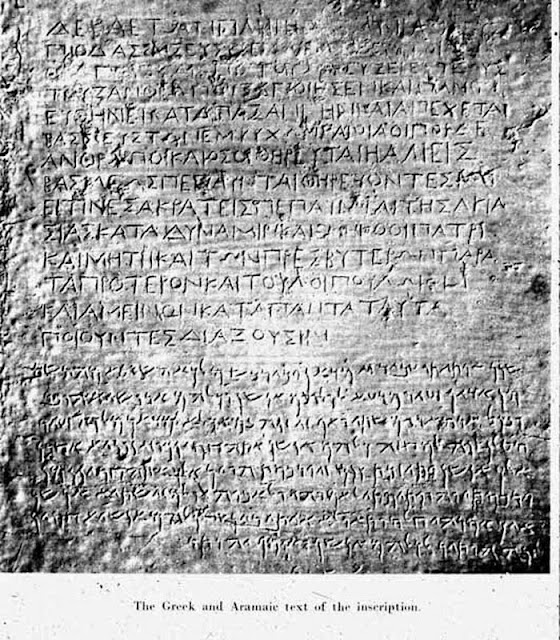 Bilingual (Greek and Aramaic) inscriptions by king Ashoka at Kandahar (Shar-i-kuna). (3rd century BC). Preserved at Kabul Museum. ...Fragments of Edict 13 have been found in Greek, and a full Edict, written in both Greek and Aramaic has been discovered in Kandahar. It is said to be written in excellent Classical Greek, using sophisticated philosophical terms. In this Edict, Ashoka uses the word Eusebeia ("Piety") as the Greek translation for the ubiquitous "Dharma"

"Eusebeia..... (ευσεδεια)...( Greek)......meritorious piety; ‘to change nothing of what our forefathers have left behind’ – this is eusebeia (Isocr.7.30); for Platonists, piety means not simply bringing the sacrificial offerings and fulfilling of cultic duties, but also humility, supported by philosophy and combined with love ( eros), faith ( pistis) and knowledge ( gnosis) that finally lead to assimilation to God."....The Golden Chain: An Anthology of Platonic and Pythagorean Philosophy, by Dr. Algis Uždavinys

"The word was used in Classical Greece where it meant behaving as tradition dictates in one's social relationships and towards the gods. One demonstrates eusebeia to the gods by performing the customary acts of respect (festivals, prayers, sacrifices, public devotions). By extension one honors the gods by showing proper respect to elders, masters, rulers and everything under the protection of the gods."

"Dharma (/ˈdɑrmə/; Sanskrit: धर्म dharma, Pali: धम्म dhamma) is a key concept with multiple meanings in the Indian religions Hinduism, Buddhism, Sikhism and Jainism.....In Hinduism, dharma signifies behaviors that are considered to be in accord with rta, the order that makes life and universe possible, and includes duties, rights, laws, conduct, virtues and ‘‘right way of living’’..... In Buddhism dharma means "cosmic law and order", but is also applied to the teachings of the Buddha..... In Buddhist philosophy, dhamma/dharma is also the term for "phenomena"...... In Jainism dharma refers to the teachings of the Jinas and the body of doctrine pertaining to the purification and moral transformation of human beings. For Sikhs, the word dharm means the "path of righteousness"." 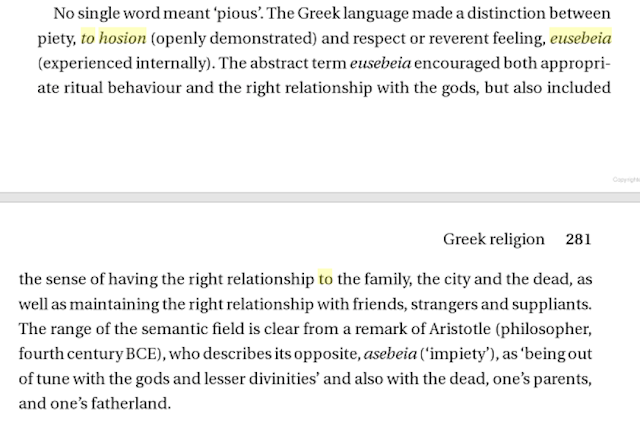 "Eusebeia and dharma.....Above rock inscription is from Indian Emperor Asoka, from 258 BC, and found in Afghanistan. The inscription renders the word Dharma in Sanskrit as Eusebeia in Greek, suggesting Dharma in ancient India meant spiritual maturity, devotion, piety, duty towards and reverence for human communit.....This rock inscription contained Sanskrit, Aramaic and Greek text. According to Paul Hacker, on the rock appears a Greek rendering for the Sanskrit word dharma: the word eusebeia..... Scholars of Hellenistic Greece explain eusebeia as a complex concept. Eusebia means not only to venerate gods, but also spiritual maturity, a reverential attitude toward life, and includes the right conduct toward one’s parents, siblings and children, the right conduct between husband and wife, and the conduct between biologically unrelated people. This rock inscription, suggests dharma in India, about 2300 years ago, was a central concept and meant not only religious ideas, but ideas of right, of good, of one’s duty toward the human community.".....Paul Hacker (1965), Dharma in Hinduism, Journal of Indian Philosophy, Volume 34, Issue 5

"In Socrates' usage, virtue is the ability to do what is right and resist doing what is wrong. As we learn especially from the Crito, Socrates holds that wrong actions harm the soul. Because the soul is more important to us than the body, we should care about nothing so much as virtue, and Socrates understands his role in Athens as that of shaming Athenians into taking this most important concern seriously .....The principal virtues of interest to Socrates in this group of dialogues are courage (andreia), reverence or piety (eusebeia, to hosion), wisdom (sophia), temperance or sound-mindedness (sophrosune), and justice (dikaiosune)."....Stanford Encyclopedia of Philosophy 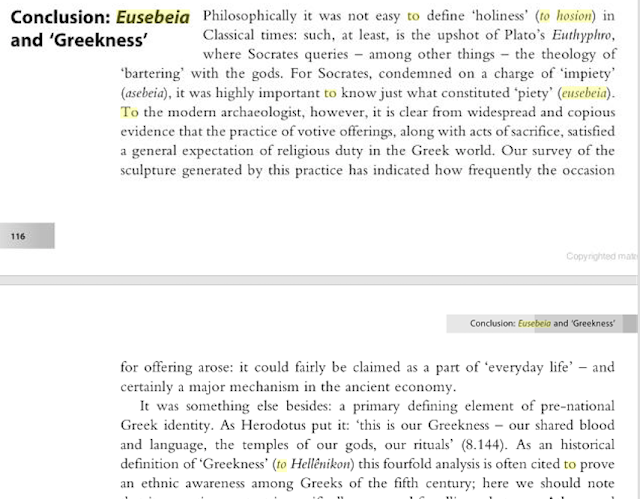