Noshaq, a mythical peak...Afghanistan’s highest mountain, soaring at 7 492 meters. Its name is pronounced 'Nowshar' by the Afghans, which means 'nine valleys' in Dari. Located in the Hindu Kush range, on the Afghan-Pakistan border, it opens the way to the Wakhan corridor, in the north-eastern part of the country. It is the second highest peak of the Hindu Kush, right after the Tirich Mir, in Pakistan. The Hindu Kush is the moutain range that marks the eastern frontier of the Himalayan chain.......In the time of Alexander the Great, the Hindu Kush range was referred to as the Caucasus Indicus or the "Indian Caucasus" (as opposed to the Greater Caucasus range between the Caspian and Black Seas)......http://en.wikipedia.org/wiki/Hindu_Kush

Mount Noshaq is hidden at the end of a large valley, and is hidden to those who wander on the Wakhan corridor. The 6 000 meter high peaks surrounding it may be abrupt, light and elegant, Noshaq, on the other hand, crushes everything with its impressive mass. Its southern slope is a gigantic glaciar face, with a 40° slope. Its western face is a flow of dodgy rocks. In between : the western crest. It winds for kilometers, and boasts a gradient of almost 3 000 meters.".......http://www.noshaq.com/noshaq-context-3.php 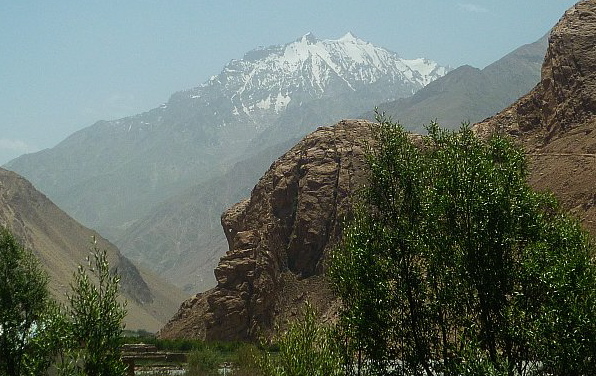 "Noshaq is the westernmost 7,000 m (22,966 ft) peak in the world. Easiest access to Noshaq is from Chitral, Pakistan.....Across the Lowari pass to Chitral town , take time to see the Kalash Valley. Then the jeep road goes as far as Shahgrom but an alternate route over Zani pass is an excellent way to both acclimatize and get a good perspective of the major peak before you reach Shahgrom.

"The culture of Kalash people is unique and differs completely from the various ethnic groups surrounding them. They are polytheists and nature plays a highly significant and spiritual role in their daily life. As part of their religious tradition, festivals are held to give thanks for the abundant resources of their three valleys. Kalasha Desh (the three Kalash valleys) is made up of two distinct cultural areas, the valleys of Rumbur and Brumbret forming one and Birir valley the other, Birir valley being the most traditional of the two.....Kalash mythology and folklore has been compared to that of ancient Greece, but they are much closer to Indo-Iranian (Vedic and pre-Zoroastrian) traditions. This can be explained as Hellenic, Vedic traditions. The Kalash have fascinated anthropologists due to their unique culture compared to the rest in that region, similar to ancient Persians...... 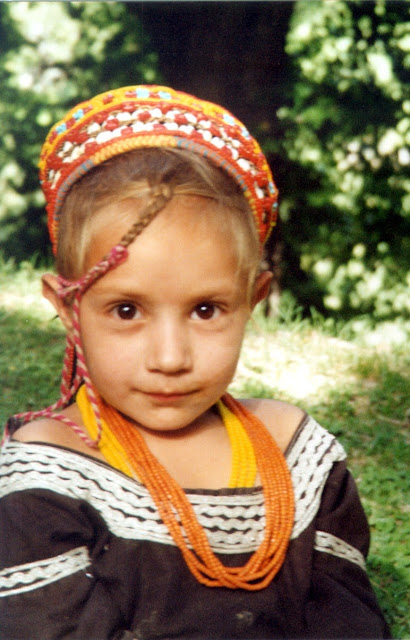 "Kalasha Valleys (Kalasha-mondr: Kaĺaśa Desh, Urdu: وادی کیلاش‎) the Three Kalasha Valleys of Bumburet, Rumbur and Birir are called Kalasha Desh in Kalasha Language, and also known as Kafiristan. The valleys are part of the Khyber Pakhtunkhwa province of Pakistan. 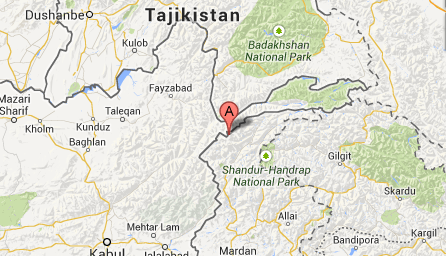 "There are 10 languages which are indigenous to Chitral, a valley in the extreme Northwest corner of Pakistan with a population of around 210,000 to 250,000. The Norwegian linguist Georg Morgenstierne said that Chitral was the region with the highest linguistic diversity in the world. The reason for this is obvious. Chitral consists of high mountains interspaced by isolated valleys where small communities have thrived for centuries free from outside interference. The primary language of Chitral is Khowar....The other indigenous languages of Chitral are: Phalura, Gujari, Dameli, Gawar-Bati, Nuristani, Kalasha, Yidgha, Wakhi and Kirghiz. In addition, a variety of Persian is spoken in the isolated village of Madaglasht. "....http://www.anusha.com/dardic.htm

The language in greatest danger of dying out is Kalasha, because there are only 3,000 Kalash speakers left and, more importantly, when a Kalash person converts from the Kalash religion to Islam, they customarily stop speaking Kalasha and start speaking Khowar instead. 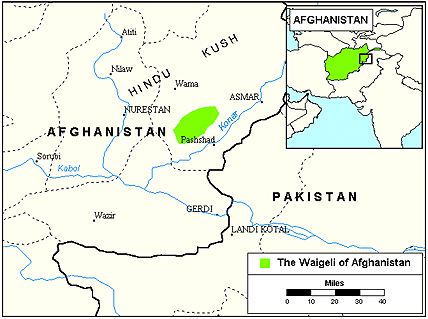 "the Nuristanis are known to have been there for at least 3,000 years. When Alexander the Great passed through the area in 327 BC, his scribes reported a race of light skinned European type people who made wooden boxes. These were clearly the Nuristanis, and the wooden boxes were their coffins. Unlike other races and cultures, they left their dead above ground and did not bury them. However, Alexander the Great never reached as far up as Chitral..... In Chitral, the Nuristanis are known as the "Red Kafirs", because of the light almost reddish color of their skin. They had their own Indo-European religion with gods and goddesses, but were forcibly converted to Islam by King Abdul Rehman of Afghanistan in 1893...."....http://www.anusha.com/dardic.htm

Dardic....."The languages of Khowar, Phalura, Dameli, Gawar-Bati, Nuristani, Kalasha, Yidgha and Munji are all classified as Dardic languages in the Indo-European family of languages. The term Dardic comes from the ancient Greek historian Herototus who placed the land of the Dards as in the mountains between Afghanistan and Kashmir. Whether it is historically accurate to associate the present people of Chitral with this term is not known. The terms Dardic and Dards are unknown in Chitral. This is just a European term. All authorities, including Morgenstierne and Strand, agree that the use of the term "Dardic languages" is a misnomer because these languages are not really related to each other at all, beyond being Indo-European languages."......http://www.anusha.com/dardic.htm