"Balkh (/bɑːlx/; Persian/Pashto: بلخ Balkh; Bactrian: βαχλο ẞaxlə) was an ancient city and centre of Buddhism, Sufism and Zoroastrianism in what is now northern Afghanistan. Today it is a small town in the province of Balkh, about 20 kilometers northwest of the provincial capital, Mazar-e Sharif, and some 74 km (46 mi) south of the Amu Darya. It was one of the major cities of Khorasan, since the latter's earliest history. Marco Polo described Balkh as a "noble and great city".....The ancient city of Balkh was under the Greeks renamed Bactra, giving its name to Bactria. It was mostly known as the centre and capital of Bactria or Tokharistan. Balkh is now for the most part a mass of ruins, situated some 12 km from the right bank of the seasonally flowing Balkh River, at an elevation of about 365 m (1,200 ft).....Outside the town was a large Buddhist monastery later known as Naubahar (or Nava Vihāra in Sanskrit).....French Buddhist Alexandra David-Néel associated Shambhala with Balkh, also offering the Persian Sham-i-Bala, "elevated candle" as an etymology of its name. In a similar vein, the Gurdjieffian J. G. Bennett published speculation that Shambalha was Shams-i-Balkh, a Bactrian sun temple.".....David-Néel, A. "Les Nouvelles Littéraires";1954, p.1

From Google Earth, this is the ruins of the outer walls of the ancient city of Balkh (Bactra, 67E..36N) 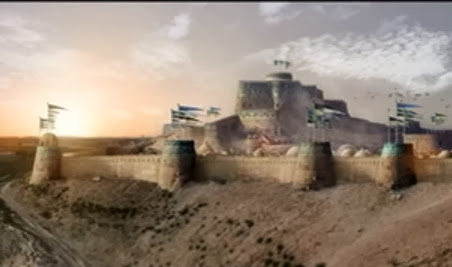 "At Balkh is the Kalah (Castle) of Bactra....(aka: Bākhtri, Oddiyana, Daxia, Bāxδi)..... a very wealthy region consisting of the fertile plains of the Oxus River and surrounded by the great Pamir and Hindu Kush mountain ranges. Protected with a mild climate, well irrigated land and rich with gold and gemstones. The palaces of the Balkh region were once decorated with silk, gold, and gemstones. Known as the Land of a Thousand Cities....each had a Calah (Castle, Kala) and a King..... Balkh was the largest and most grand......at it height between 1000 BC but of great importance from 600 BC until 600 AD.... Xuanzhang says: "It has many mountains and river-courses. It produces excellent (shen) horses [literally: ‘divine’ or ‘Heavenly’ horses.).... It was a mounted warrior culture. The Bactrian warriors were famous: they are known to have been part of the army of Xerxes, who invaded Greece in 480. Herodotus mentions their turbans, bows, and spears....high-lifted banners ......By 1000 AD it was in decline then destroyed by the Mongols." 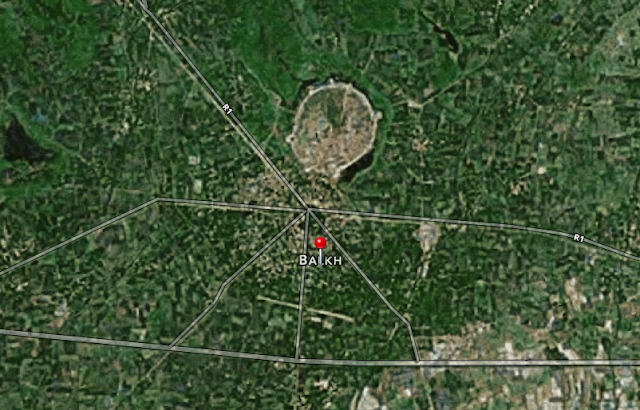 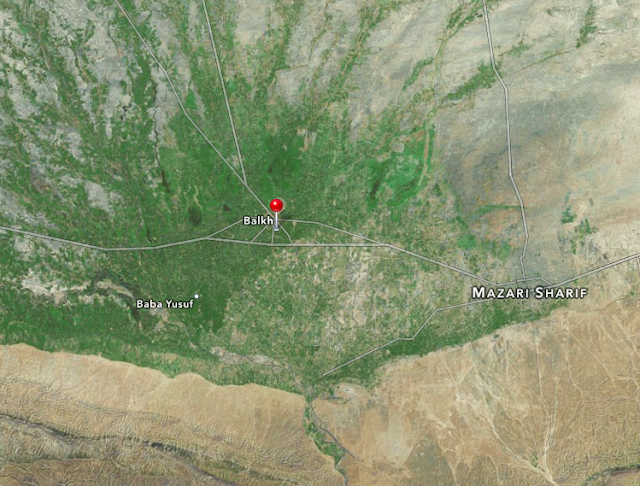