"In 672 an Arab governor of Sistan, Abbad ibn Ziyad, raided the frontier of Al-Hind and crossed the desert to Gandhara, but quickly retreated again. The marauder Obaidallah crossed the Sita River and made a raid on Kabul in 698 only to meet with defeat and humiliation. Vincent Smith, in Early History of India, states that the Turkishahiya dynasty continued to rule over Kabul and Gandhara up until the advent of the Saffarids in the ninth century. Forced by the inevitable advance of Islam on the west, they then moved their capital from Kapisa to Wahund on the Indus, whence they contin­ued as the Hindushahiya dynasty. This was in 870 A.D. and marks the first time that the Kingdom of Shambhala actually came under Moslem domination. The Hindushahis recaptured Kabul and the rest of their Kingdom after the death of the conqueror Yaqub but never again maintained Kapisa as their capital."....http://www.dharmafellowship.org/biographies/historicalsaints/lord-padmasambhava.htm#eightcentury 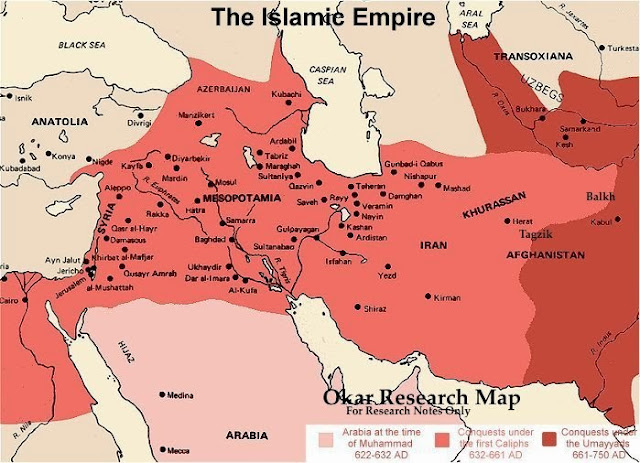 "There is also a tradition that Dzogchen,and Padmasambhava, come from a place called Oddiyana in Shamballa. Texts from this same Tun huang site identify Oddiyana as "Shamis en Balkh" in modern day Balkh, Afghanistan where many ruins, Buddhist stupas and monasteries exist. This is the town oft associated with Padmasambhava, and Rabia and Rumi as well. Although Padmasambhava is usually thought to be Indian, it is possible that he is from the Afghanistan region also associated with his name.

Balkh was referred to as the “Mother of Cities” and the “Elevated Candle” (Sham-i-Bala) and it was in Balkh that the great Prophet Zoroaster was born. It is said he is also interred there, according to the Persian poet Firdousi. For many years, Balkh was the central hub of the Zoroastrian religion.

Zarathustra was killed by an invading Scythian party in front of his fire-altar, in Balkh.

Balkh (Bactria)....The Old Iranian name of Paktra, which the classical writers named it Bactria and their language was known as Bactrian, and after invasion of Iran by Arabs in 7th century CE it has come to be called Balkh;

Bactria was the center of the Kushan Kingdom. Walled palace cities existed in 900 BC near the present sites of Termez, Merv (Gyaur-Kala), Samarkand, Afrasiab and Bactra (Balk) in southern Bactria." (Gafurov:1968)

Bactria was especially important between 600 BC and 600 AD, serving as a meeting place not only for overland trade between East and West but also for the crosscurrents of religious and artistic ideas. Bactria’s capital was Bactra, also called Bactra-Zariaspa (modern Balkh, Afghanistan). Bactria was a fertile country, and a profusion of mounds and abandoned sites abound.

Cold forced the Aryans to leave Aryan em Vaejo. They moved to Sughda (Soghdiana) and Muru (Margiana). Hostile forces made them go to Balkdhi (Balkh), 'the country of lofty banners'.

"Just to the west of Zhang-zhung there once existed the vast Kushana empire ....... an area in which Indian Buddhism and the Bon teachings interacted with various strands of the great Iranian and Central Asian religions-- Zoroastrian, Zurvanist, Mithraist, Manichean, as well as Indian Shaivism and Nestorian Christianity.......

To the west of Tibet in a larger country called Tazig is Mount Yungdrung Gutseg. At its bas springs 4 rivers flowing in the four directions. The mountain is surrounded by temples, cities and parks."...

"In Sanskrit literature there are remarkably few references to Shambhala. The Kalachakra Tantra and its traditional origin in Shambhala is referred to in Indian tantric literature, where Shambhala tends to be located in the Himalayas and usually in the Swat-Kashmir region according to D.C. Sircar. As Monier-Williams' Sanskrit dictionary gives the meaning of shamkara as "relating to or belonging to Shiva" and as bala in Sanskrit means "child", Shambhala would mean "child of Shiva." However, Danielou gives three attributes of Shiva as translations of the word shambhu; Shiva as "the changeless state", as "the giver of peace", and (with Kali) as "the abode of joy.".....http://www.chronicleproject.com/james_george_searching_for_shambhala.html

".... the country of Olmo Lungring where Tonpa Shenrab descended from the celestial spheres and took up incarnation among human beings as an Iranian prince. The mysterious land of Olmo Lungring (`ol-mo lung-rings) or Olmoling (`ol-mo`i gling) is said to be part of a larger geographical region to the northwest of Tibet called Tazig (stag-gzig, var. rtag-gzigs), which scholars identify with Iran or, more properly, Central Asia where in ancient times Iranian languages such as Avestan and later Sogdian were spoken. According to the “gZer-mig” the traditional etymology of the name Olmo Lungring is as follows: “`ol” means “unborn”, “mo” “undermined”, “lung” “the prophetic words of Shenrab”, and “rings” “everlasting compassion”. According to the “gZi-brjid”, Olmo Lungring was also known as Shambhala in Sanskrit and it continues to be known by this name among Tibetan Buddhists even today. Moreover, it is said that in ancient times it encompassed fully one-third of the known world a statement which could apply to the historical Persian empire.

The houses in the villages of Shambhala are two storied. The people have fine bodies and appearances and they are very wealthy. The men of Shambhala wear caps, and white or red cotton clothes. Women wear white or blue garments pleated and patterned with beautiful designs." (John R. Newman....1985)

BALKH...(Bactra)...(67E..36N)..."Mother of Cities'. A beautiful city in northeastern Persia. Four leagues to the mountains called Jabal Ku. Had 7 gates. Destroyed by the Turks in 1155 AD. Rebuilt. Destroyed by Mongols in 1220. Great Fire Temple. Shrine to rival the Ka'abah in Mecca. Castle was called Kal'ah Hinduwan. (Castle of teh Hindus). Balkh is currently an important town in modern Afghanistan." (Le Strange: 1966..pg 423)..."Balkh is a large and magnificent city. It was here that Alexander married the daughter of Darius." (Marco Polo in Waugh: 1984..pg 42).."the Saka rulers left India and returned to Balkh"..(Soucek..pg 19)..

The tragedy of Csoma's quest is he was wrong in his life-long belief that the Uighurs were somehow connected with the origins of the Hungarian people. The irony is that later Shambhalists would identify the ancient Uighur kingdom of Khocho, centered around the Turfan Depression, as one of the prime candidates for the physical location of Shambhala,

In the Bon myth, Olmolungring was northwest of My Kailas, twice as far from it as the peak is from Shigatse, a major town in central Tibet. (Newman, 1985)

PAMIRS or Hindu Kush: Numerous city-states and fortresses with names beginning with 'Kala' ('Quallah'), all traces of which seem to have 'completely disappeared'...A extremely rich mixture of Shambhalians of all spiritual and cultural traditions....The entire region was considered a "Pagan Enclave" by the Arab mapmakers. Tremendous silk route influences. Crossroads between the Indian Tantric traditions moving northward and the Vedic Mithraic traditions of Persia. Tazik. Bon moved into Tibet via this region. Padmasambhava. Early teachings of Dzogchen in the Bon and Nyingma traditions appeared here in the 8th century AD.

He is fairly specific about the location of Shambhala, placing it "beyond the Sita or Jaxartes" between 45º and 50º longitude. "Jaxartes" is the name given by ancient Greek historian-geographers to the river now known as the Syr Daria, which begins at the confluence of the Naryn and Qoradaryo rivers in the Fergana Valley of current day Uzbekistan and flows northwestward through Kazakhstan before debouching into the Aral Sea. Including the Naryn, which begins in Kyrgyzstan, the river system measures in length 1,876 miles, the longest in Central Asia. Only the lower reaches of the Syr Darya, below the city of Qaraghandy, extend northward of the 45º parallel. In this area the river flows through the northeastern outskirts of the Qizilqum Desert. North of the Syr Daria-the region "beyond the Sita or Jaxartes"-the desert grades into the Kazakh steppe; thus the Qizilqum Desert straddling the lower Syr Daria could represent Csoma's "great desert" or "white sandy plains", mentioned in Csoma's 1825 letter, which must be passed through to reach Shambhala.

"Nava Vihara, the main monastery at Balkh, soon became the center of higher Buddhist study for all of Central Asia, comparable to Nalanda Monastery in central northern India. It emphasized study primarily of the Vaibhashika abhidharma and admitted only monks who had already composed texts on the topic.......Balkh had been the birthplace of Zoroaster in about 600 BCE. It was the holy city of Zoroastrianism, the Iranian religion that grew from his teachings and which emphasized the veneration of fire. Kanishka followed the Graeco-Bactrian policy of religious tolerance. Thus, Buddhism and Zoroastrianism peacefully coexisted in Balkh, where they influenced each other's development. Cave monasteries from this period, for example, had wall paintings of Buddhas with auras of flames and in­scrip­tions calling them "Buddha-Mazda." This was an amal­gam of Buddha and Ahura Mazda, the supreme god of Zoroastrianism.....The Han Chinese pilgrim Xuanzang (Hsüan-tsang) visited the Western Turks in approximately 630 on his way to India. He reported that Buddhism was flourishing in the Bactrian portion of their empire, especially at Nava Vihara Monastery in Balkh. He cited the monastic university not only for its scholarship, but also for its beautiful Buddha statues, draped with silk robes and adorned with jewel ornaments, in accordance with local Zoroastrian custom. The monastery had close links at the time with Khotan, a strongly Buddhist kingdom in East Turkistan, and sent many monks there to teach. Xuanzang also described a monastery near Nava Vihara dedicated to advanced Hinayana meditation practice of vipashyana (Pali: vipassana) - the exceptional perception of impermanence and of a person's lack of independent identity." .......http://www.theosophy.com/theos-talk/200912/tt00010.html 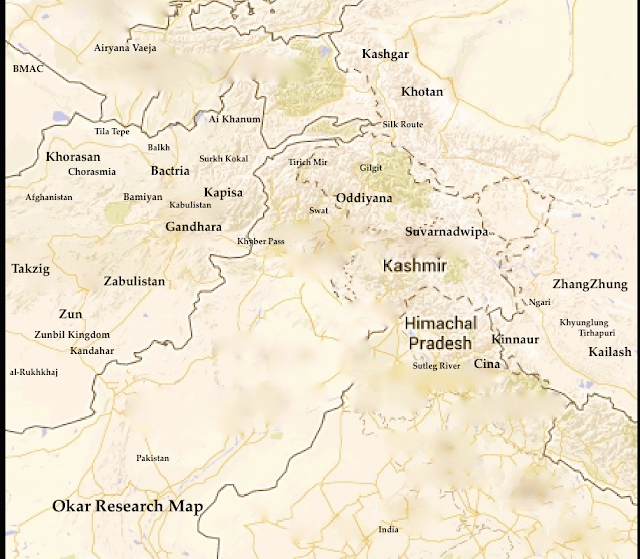