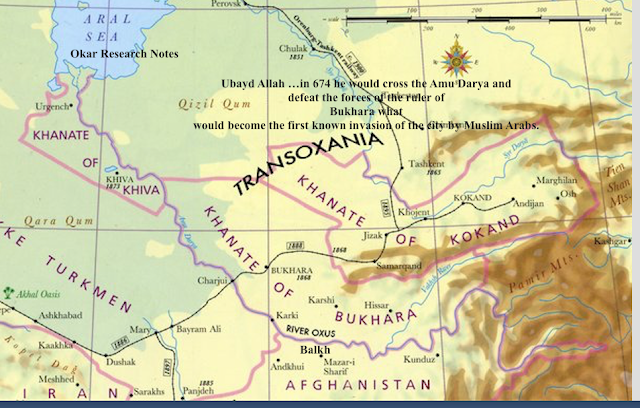 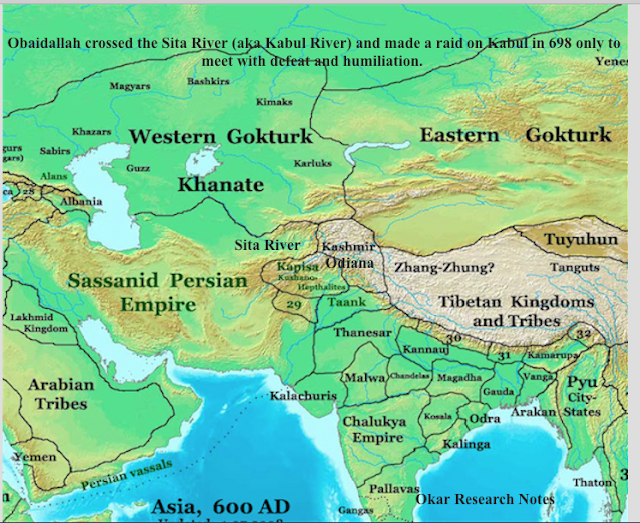 "According to contemporary historian John bar Penkaye, al-Mukhtar sent an army of 13,000 lightly armed freedmen on foot under the command of Ibrahim ibn al-Ashtar. At the river al-Khazir Ibrahim met with Ubayd Allah, whose army had 40,000 soldiers. In the ensuing battle, Ubayd Allah's army was annihilated, and Ubayd Allah himself with most of his lieutenants fell.....John bar Penkaye was an East Syriac Nestorian Christian writer of the late 7th century. He lived at the time of fifth caliph of the Umayyad dynasty Abd al-Malik..John bar Penkaye's writings provides an eye-witness account of the Arab conquests of his time...A number of his works are still in existence. Most of them have never been published and are extant only in manuscripts.."...S. Brock, A brief outline of Syriac Literature, 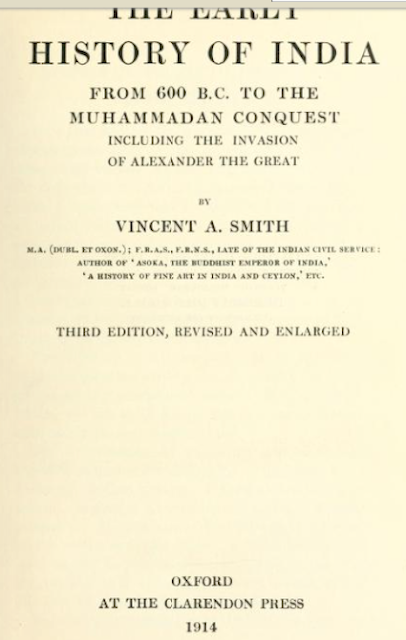 The Khwarazmian dynasty, dynasty of Khwarazm Shahs, from Persian خوارزمشاهیان Khwārazmshāhiyān, "Kings of Khwarezmia") was a Persianate Sunni Muslim dynasty of Turkic mamluk origin....The dynasty ruled large parts of Greater Iran during the High Middle Ages, in the approximate period of 1077 to 1231, first as vassals of the Seljuqs and Kara-Khitan, and later as independent rulers, up until the Mongol invasion of Khwarezmia in the 13th century. The dynasty was founded by Anush Tigin Gharchai, a former Turkish slave of the Seljuq sultans, who was appointed the governor of Khwarezm....In the 800's, the Oguzes from the Aral steppes drove Bechens from the Emba and Ural River region toward the west. In the 900's, they inhabited the steppe of the rivers Sari-su, Turgai, and Emba to the north of Lake Balkhash of modern-day Kazakhstan. A clan of this nation, the Seljuks, embraced Islam and in the 1000s entered Persia, where they founded the Great Seljuk Empire."....Grousset, R. The Empire of the Steppes. Rutgers University Press, 1991 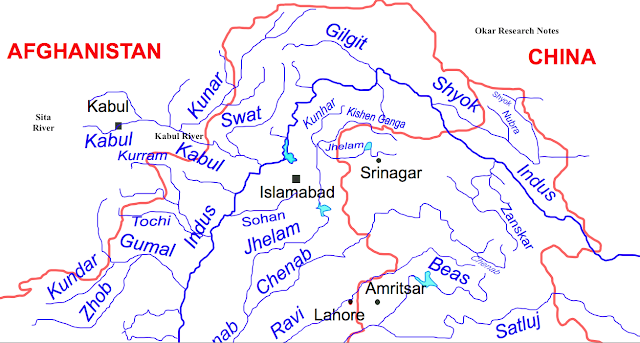 "The Kabul River (Persian/Urdu: دریای کابل‎; Pashto: کابل سیند‎, Sanskrit: कुभा ), the classical Cophes /ˈkoʊfiːz/, is a 700-kilometre (430 mi) long river that starts in the Sanglakh Range of the Hindu Kush mountains in Afghanistan and ends in the Indus River near Attock, Pakistan. It is the main river in eastern Afghanistan and is separated from the watershed of the Helmand by the Unai Pass. The Kabul River passes through the cities of Kabul and Jalalabad in Afghanistan before flowing into Khyber Pakhtunkhwa in Pakistan some 25 kilometres (16 mi) north of the Durand Line border crossing at Torkham. The major tributaries of the Kabul River are the Logar, Panjshir, Kunar, Alingar, Bara and Swat rivers.....The Kabul River is little more than a trickle for most of the year, but swells in summer due to melting snows in the Hindu Kush Range. Its largest tributary is the Kunar River, which starts out as the Mastuj River, flowing from the Chiantar glacier in Chitral, Pakistan and after flowing south into Afghanistan it is met by the Bashgal river flowing from Nurestan. The Kunar meets the Kabul near Jalalabad. In spite of the Kunar carrying more water than the Kabul, the river continues as the Kabul River after this confluence, mainly for the political and historical significance of the name." 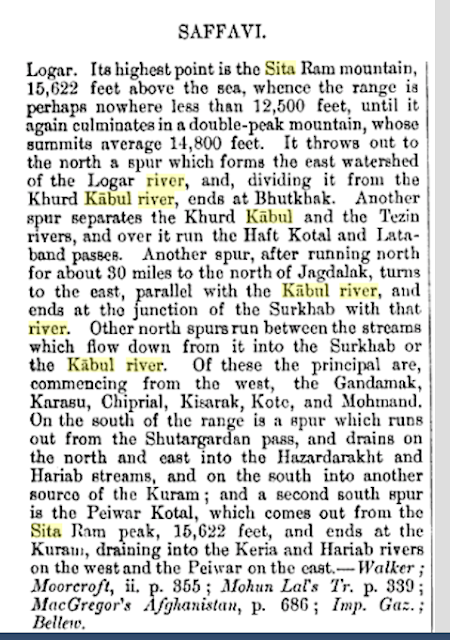 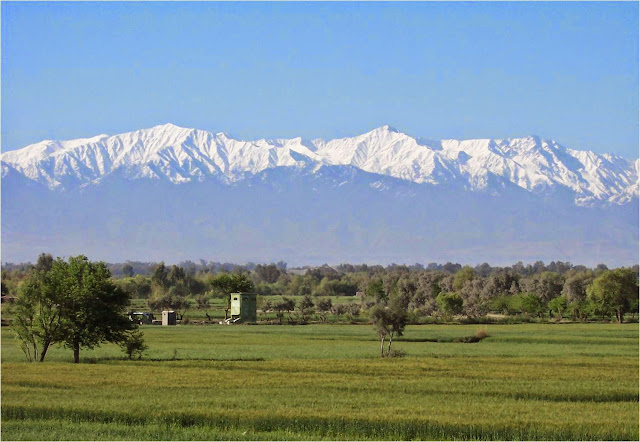 "Safēd Kōh (Persian: سفید کوه‎, Urdu: سفید کوہ‎, "White Mountains"; also known as Spin Ghar (Pashto: سپين غر‎, "white mountain", the Indian Caucasus as late as the 19th century, the Safīd Mountain Range and as the Morga Range), is a mountain range in eastern Afghanistan and expanding well to North-Western Pakistan......Its highest peak, straight and rigid Mount Sikaram, towers above all surrounding hills to 4,761 m (15,620 ft) above mean sea level. The Kabul River cuts a narrow trough through the Safēd Kōh mountains to flow eastward into the Indus River; otherwise, the range connects directly with the Shandur Top offshoot of the Hindu Kush mountain system...Mount Sikaram is a mountain in the Spin Ghar range on the Afghanistan–Pakistan border south of the Kabul River and Khyber Pass. At 4,755 m (15,600 ft), it is the highest peak of the Spin Ghar.."

"...passages in Tibetan texts mention Shambhala is located north of the river Sita."