"Northwestern Central Asia has recently been the focus of archaeological research due to the fact that this territory represents a “transitional bridge” connecting the most ancient human populations of East Asia with western Eurasia during the Paleolithic. Information accumulated during the past 10 to 15 years provides new insight into the Stone Age history of human culture in Northwestern Central Asia, particularly the history of the Middle to Upper Paleolithic transition. Initial Upper Paleolithic (IUP) industries in this region were based on several variants in the technological evolution of stone reduction strategy. Industries of this kind have been reported from many regions: Central and Southeastern Europe (Bo- hunice and Stranska Skala); Southwest Asia (Boker- Tachtit); western Central Asia (Obi-Rakhmat and Khudji); and the Gorny (Mountainous) Altai (Kara-Bom and Ust-Karakol-1) (Svoboda and Bar-Yosef 2003; Brantingham et al. 2004). "……http://ejournal.anu.edu.au/index.php/bippa/article/viewFile/4/3 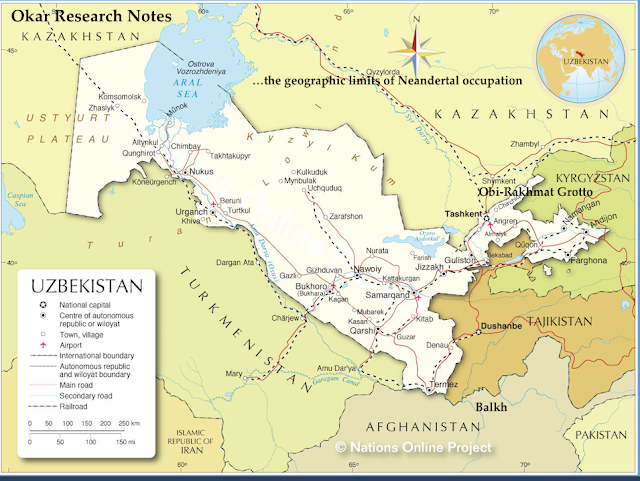 Map of the Republic of Uzbekistan indicating the location of Obi-Rakhmat Cave and the topography of the site....Click on the map to enlarge.

"The Obi-Rakhmat Grotto (N 41° 34’ 08,8"; E 70° 08’ 00,3"; 1,250 m above sea level (asl) is located 100 km northeast of Tashkent in the Republic of Uzbekistan (Fig- ure 1). It lies in the western Tian Shan, a region character- ized by diverse ecological conditions. The Central Asian desert borders it to the south, the Kazakhstan steppe and desert territories stretch to the north, and the eastern Tian Shan massif is situated to the east. The topography of the region consists of mid-elevation mountain ranges contain- ing few high peaks. The site is located at the southwestern end of the Koksui mountain range in the western Tian Shan, near the junction of the Chatkal and Pskem Rivers, in the valley of the Paltau River, a tributary of the Chat- kal. In the lower reaches of the Paltau, a shallow ravine stretching from north to south for about 500 m approaches the river. The ravine originates at a massive cliff of Pa- leozoic limestone containing the Obi-Rakhmat Grotto."…..http://ejournal.anu.edu.au/index.php/bippa/article/viewFile/4/3

"…..the Tian Shan, even during glacial periods, the land was not completely covered by ice. Glaciers descended from the mountains and filled some depressions and valleys, while other valleys preserved their forest and meadow vegetation communities……the western Tian Shan during the Late Pleistocene. Even so, the fluvial valleys and the north- facing slopes of mountain ranges, where environmental conditions were comparatively humid, were occupied by maple, birch, walnut, hornbeam, pistachio, and other broad and small-leaved species. Coniferous trees, includ- ing pine, spruce, and fir, grew higher up in the mountains. The northern and southern faces of mountains of medium high elevation were occupied by open woodland and meadow-steppe grass niches. ….The analysis of the Obi-Rakhmat archaeological materials provides us with data suggesting a process of gradual transition from the Middle to Upper Paleolithic occurring in western Central Asia. The chronometric dates available for the site indicate that the developmental processes de- scribed above occurred prior to 50,000 years ago….. the Obi-Rakhmat culture represents an early stage of a transitional industry. The initial stages of its formation occurred as early as about 50,000 years ago, and the formation of its Upper Paleolithic tool kit was completed by 44,000-42,000 years ago. The immediate predecessor of this culture has not yet been identified……"….THE LITHIC INDUSTRY OF OBI-RAKHMAT GROTTO, UZBEKISTAN……http://ejournal.anu.edu.au/index.php/bippa/article/viewFile/4/3 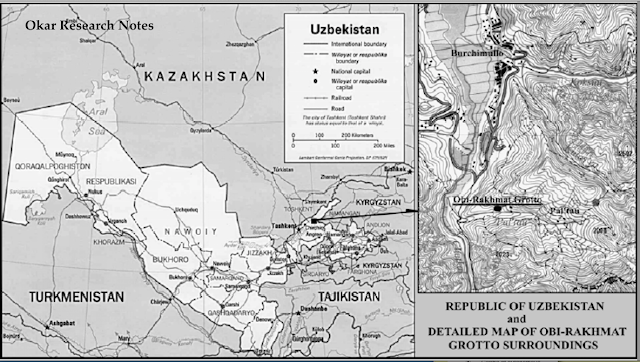 "In 1997 a human mandibular second deciduous incisor was discovered during excavations at the central Asian Middle Paleolithic site of Khudji, Tajikistan. The specimen was associated with a late Middle Paleolithic assemblage in a minimally disturbed cultural layer. The specimen is average in size for Late Pleistocene archaic human di(2)s and differs from many late archaic human di(2)s in having minimal marginal ridges and tapering markedly distally. In these features it resembles a minority of specimens from the later Pleistocene."……http://www.ncbi.nlm.nih.gov/pubmed/10715197

"The Pleistocene is the geological epoch which lasted from about 2,588,000 to 11,700 years ago, spanning the world's recent period of repeated glaciations…..The end of the Pleistocene corresponds with the end of the last glacial period….The Younger Dryas stadial, also referred to as the Big Freeze,was a geologically brief (1,300 ± 70 years) period of cold climatic conditions and drought which occurred between approximately 12,800 and 11,500 years ago….The Younger Dryas stadial is thought to have been caused by the collapse of the North American ice sheets, although rival theories have been proposed. "……http://en.wikipedia.org/wiki/Pleistocene 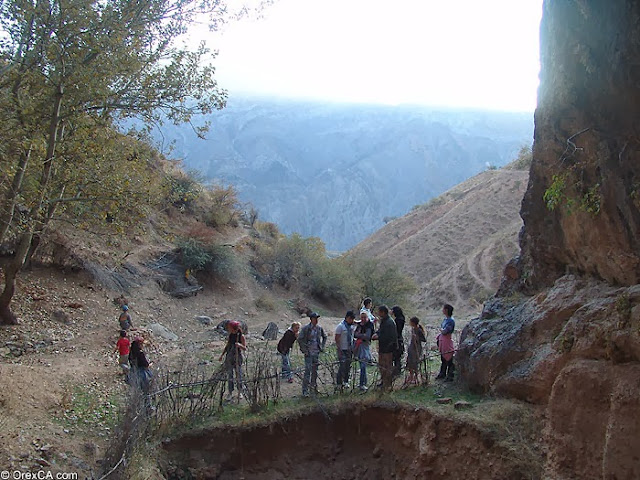